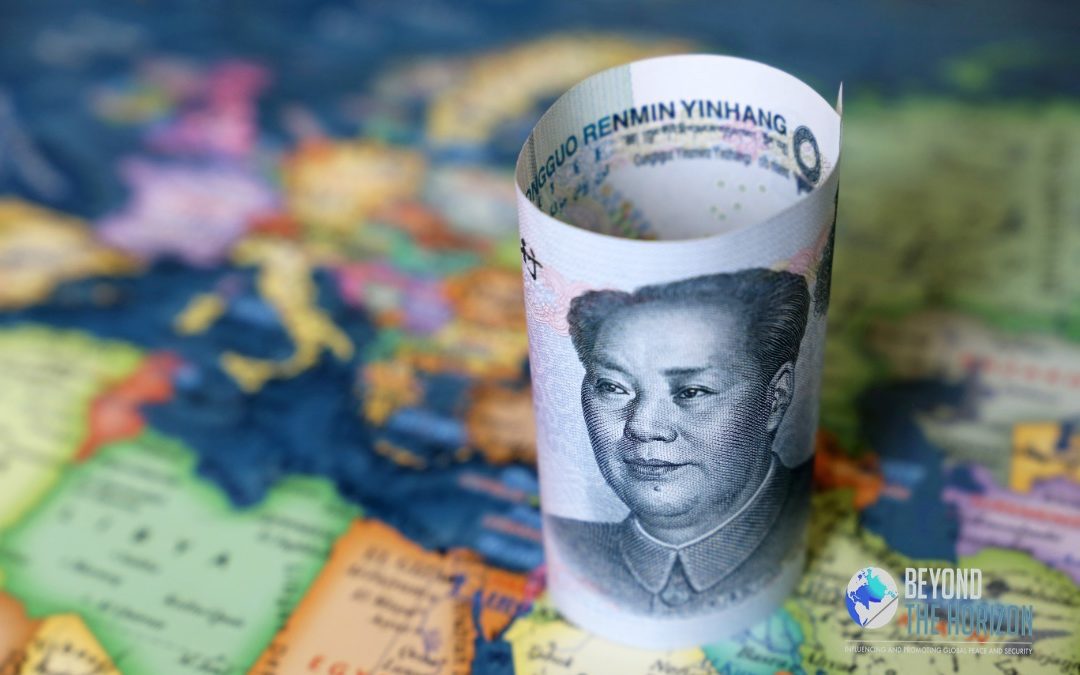 In the week between March 24-30, Chinese State Councillor and Foreign Minister Wang Yi visited six countries in the Middle East, anm: Saudi Arabia, the United Arab Emirates, Turkey, Iran, Bahrain and Oman. The visit was intended to underscore the growing importance of the region in China’s foreign policy and to strengthen Beijing’s appeal locally. Indeed, this visit to the Middle East once again demonstrated China’s expanding influence in the region especially in view of the number of the deals and signed agreements, each opening up newer space for China to project power and influence.

After a week-long Middle East tour, Wang said during an interview his six-nation tour in the Middle East achieved the expected goals of enhancing cooperation with regional countries and making China’s contribution to peace in the region.

For a better understanding on the implications and outcomes of the visit to the Middle East in the short, medium and even long-term, closer scrutiny is required into the bilateral talks with these states during the visit and an analysis of the stance of the US vis-à-vis China in the region.

The two sides agreed to oppose any interference in the internal affairs of other countries and to defend the interests of the developing countries. In addition, MbS said to support China’s legitimate position on Xinjiang and Hong Kong affairs and to oppose interference in China’s domestic affairs under any pretext. For China such declaration on Xinjiang from a country which introducing itself as the Custodian of the Two Holy Mosques is extremely important.

The Saudi visit also resulted in the announcement of a five-point plan for Middle East security, calling on the countries of the region to respect one another, uphold equity and justice, achieve nuclear non-proliferation, jointly promote collective security, and accelerate development cooperation.

Turkey’s policy towards China is based on pragmatism and rationalism and is mainly motivated by economic interests, rather than by any ideological concerns. During his two-day visit to Ankara, Wang demonstrated once again the importance of Turkey’s geostrategic location for China by deepening “Middle Corridor” project to connect with BRI.

The agreement could also form a “strong” triple axis including Iran, China, and Russia, which would enhance Iran’s role and influence in the region and in Afghanistan, as well as its ability to deal with U.S. pressure in the nuclear negotiations and would address part of China’s growing ambitions to strengthen its role in the Middle East.

In the general context of the close tripartite relations between Iran, China and Russia, and the nature of the three countries’ relations that are described as “hostility” or ‘competition’ with the United States, there are clear possibilities for changes in the map of influence in the Arab region in favor of the three countries at the expanse of the interests of the United States, whose role is declining. In the region, according to the policies of the new administration, which tend to give the Middle East a very late priority on the list of US foreign policy priorities.

Last, China-Iran partnership agreement reflects the growing relations between China and Iran on the economic and trade levels, through huge Chinese investments in energy infrastructure and petrochemical industries, and the wider strengthening of the Iranian role in the Chinese Belt and Road Initiative, which is a source of concern to the United States and NATO countries.

While Wang Yi’s visit to Manama witnessed the signing of a cultural agreement on the mutual establishment of cultural centres between the Bahrain Authority for Culture and Antiquities and the Chinese Ministry of Culture and Tourism. It is noteworthy that the volume of trade exchange between Bahrain and China reached 895.9 million dinars in 2019, or about $ 2 billion. The Chinese Tenin City alone is responsible for 12% of the volume of Chinese-Bahraini trade with an annual value ranging between $ 150-200 million. In the last Chinese visit, Chinese companies have signed with the Ministry of Housing projects worth $ 260 million to invest in Bahrain’s infrastructure. China’s investment projects in the country include the Sharq City project Sitra 3 that foresees construction of a thousand housing units, as a first stage, and the Al-Dur power and water plant project.

The Two Powers’ Struggle: US and China

According to the implications and outcomes of the visit to the Middle East, China gives a clear signal that it may be preparing to play a larger role in the Middle East. In recent years, China’s relations in the region have expanded considerably, increasing cooperation in many domains to include alternative energy sources. For instance, a number of MENA countries have aligned their sustainable development strategies with China’s Belt and Road Initiative (BRI) in order to leverage the expertise of Chinese firms as well as Chinese financing to promote green economic growth. This cooperation is extending to other areas as well, such as financial cooperation and vaccine. President Xi Jinping’s activities in terms of expanding China’s role in the region through the launch of the Belt and Road Initiative (BRI) in 2013 geared up much more than ever before. Xi visited the region twice – in 2016 and 2018 before this last visit, the latter being his first overseas visit in his second term – and China has advanced the partnership level with Egypt, Iran, Saudi Arabia, and the United Arab Emirates to a comprehensive strategic partnership.

While the implications and the outcomes of Wang’s tour may not seem ground-breaking, they meticulously reiterate China’s growing regional strategy at an important moment of the U.S. foreign policy towards the region. The value of Wang’s tour can be understood much better from power struggle perspective between China and U.S. in the Middle East after scrutinizing carefully the recent developments on their respective foreign policies.

China is trying to turn the ongoing US policy of apathy (compared to past) towards the region in its favour by using economic advantages to strengthen its ties with the Middle East. This US foreign policy trend that started to take shape especially after the former President Barack Obama’s “pivot to Asia” policy, continued during presidency of Trump in the form of disengagement from the region. Wang Yi aims also to reinforce his government’s image and credibility in the region while distinguishing China from other major powers that interfere in their domestic affairs, such as the United States while focusing on vaccines, energy, trade, investment, infrastructure and technology.

It should be noted, some Middle Eastern countries view U.S. policies as discriminatory against them. This regard towards U.S. shifted the focus of many regional investors to destinations other than the U.S. Moreover, the recent trade tensions between China and the U.S. provided the impetus for increased Chinese economic involvement in the region through loans, investments, and trade.

Ilari Papa,  research assistant at the Washington Institute, argues  Beijing has more understanding of the needs of Middle Eastern countries than other partners especially the United States, as they are from the same “southern” background. He bases his argument to the fact that Wang has repeatedly emphasized China’s role as an advocate and partner for developing countries in times of need.

Wang stressed Beijing’s opposition to external interference. In his implicit reference to the United States, Papa noted, “China encourages countries in the region to continue to resist external pressure and interference, so as to independently explore development paths appropriate to their regional realities.”

Along the same lines, Wang called on to the countries in the region to “break free from the shadow of geopolitical competition among great powers, and resolve regional conflicts and disputes, as they are the masters of the region.”

In the light of all the information and analyses mentioned above, it is not a distant possibility that China increases its clout extensively in the region, building on diminishing US influence and credibility in the Middle East in the medium or long term.

Latest Chinese State Councillor and Foreign Minister Wang Yi’s visit to six countries in the Middle East; namely Saudi Arabia, the United Arab Emirates, Turkey, Iran, Bahrain and Oman, revealed China’s desire to extend and deepen the scope and strength of its ties with the countries of the region. The visit makes it clearer that China’s footprint in the region is only growing.

Wang’s tour also demonstrated how China balances its regional relationships in its quest for strategic gains. For instance, China’s deep commercial interests in the Middle East involve U.S. allies and partners, all of whom view Iran as their greatest threat. Still, Wang Yi, was able to finalize deals with those countries alongside Iran, enhancing cooperation on mutual basis. This heralds Chinese efforts to engage more closely the region’s countries on one-on-one basis.

There is, though, ambiguity regarding the future of trilateral relations among China, U.S. and Iran. China’s efforts to strengthen ties with Iran can risk its relationship with the U.S. When the close economic interrelation between the two is considered, China would seem less likely to throw away billions of dollars in contracts and investments and years of diplomatic capital for a closer relationship with an isolated, revisionist middle power that has no meaningful regional partnership. Despite potential for China to use tight relationship with Iran as a bargaining chip against U.S., it is unclear how this will affect its relationship with U.S.

Ultimately, establishing good relations with all parties in the region, especially with ones holding unfriendly view towards each other and thus having conflicting interests, will likely bring some difficulties of management of expectations for China. Therefore, only time will tell how China will develop more sustainable policies in order to overcome these challenges.