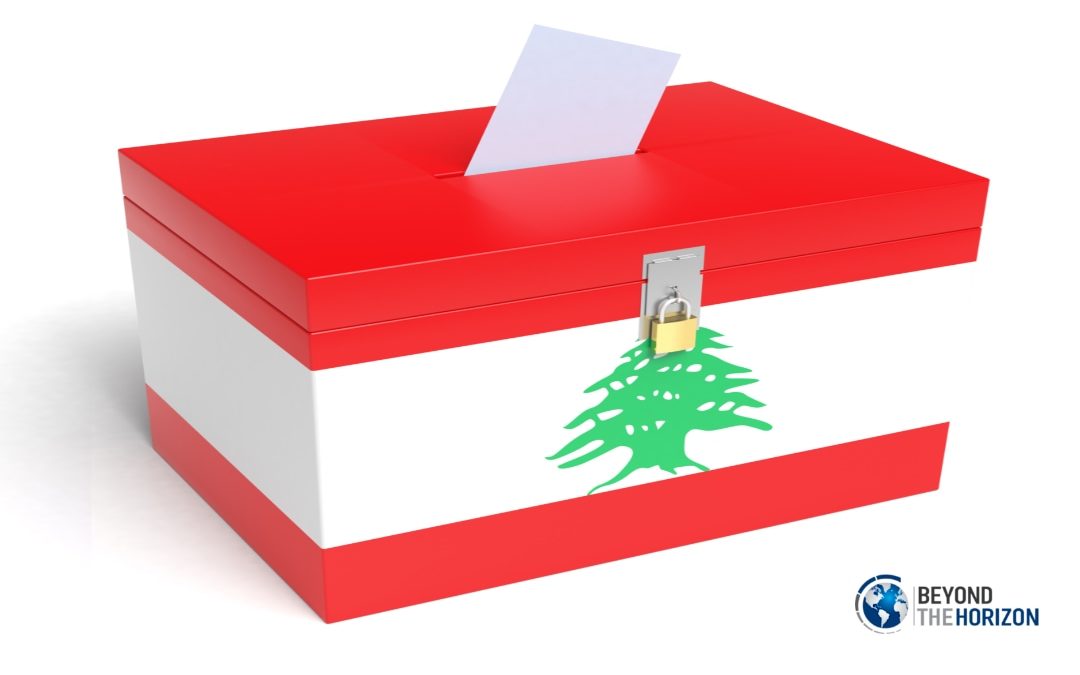 With significant help from the international community, channeled through the efforts of UNDP Leap and other agencies, the elections happened without any major logistical problems. Some polling centers had electricity cuts, others faced long queues, and there was some hiccups in the expatriates’ voting procedures with long lines reported in several countries, but the process was brought to fruition and the votes were cast and then counted. Although, the initial reports of international and local observes were fairly critical, the elections’ overall legitimacy has not been seriously questioned.

After waiting till Tuesday morning for the results, and then till Friday for the full detailed results, the Electoral Lab at IFI in collaboration with FNF has made the initial observations.

Turnout
​
On May 18, 2022 and despite earlier reporting of a much lower turnout[1] the ministry republished the results with corrected registered numbers and the turnout rose to 49.19 , with a minimal drop of 0.47%, down from 49.67% in 2018. However, it seems there are still some issues with the number of registered voters as the detailed numbers were missing the numbers of registered in each polling station. This shows that despite a horrendous economic, financial, and health crisis, rising travel costs the Lebanese went out and voted in large numbers, on par with 2018.

[1] the Ministry of Interior and Municipalities-MOIM- initially announced that the turnout was 41% suffering from a 8% drop from 2018, then it explained that there was an error in tabulating registered numbers, which inflating them and lowered turnout.

Expats voting
Moreover, the elections highlighted the importance of the expatriates voting. Indeed, without their overwhelming participation, enthusiasm, and their willingness to travel for long distances and stand in queues for hours, the turnout would have fallen far short from 2018. Without the votes cast outside Lebanon, the turnout would have been limited to 45.61%, which is much lower than the final turnout of 49.19%.
​
Indeed, the Out of Country (OCV) voting rose from 46,799 to 142,041 votes, making 7.27% of the electorate up from 2.57% in 2018, which is almost a threefold increase.

In several districts, the expats voting was crucial and had a significant impact on the results. For example, in Beirut 1 and 2, the expats votes weighed more than the threshold, reaching 1.08 and 1.21 respectively. This translated into the victory of two Emerging Political Parties’()MPs in Beirut 1, and 3 MPs in Beirut 2. Similarly, in North 3, the number of expats vote to the threshold reached 1.43, and emerging parties won one seat in a very competitive district. This effect was compounded when the emerging parties were united, and weakened when they were divided. For example, in South 3, EP were united, and the expatriates to threshold was only 0.57, but it allowed the Emerging Parties to win two seats in a very tough district. Oppositely, in Mount-Lebanon 2 (ML2) the weight was 0.84 but the Emerging Parties did not win any seats. A deeper analysis of this impact and the expatriates voting in general will be discussed in a future paper.

Turnout by districts
​
Although the turnout was very close to the 2018 level, when comparing the voting in 2022 to 2018, it is clear that there was an average drop of 0.49%. This was evident across the board in most districts. However, there were a few salient cases:
​
Beirut 1 and ML3 showed the most significant increase, with 2.65% for the first and 2.54% for the second. On the other side of the graph, South 1, North 2, and Bekaa 3 had the most significant drop in turnout, with respectively -5.93%, -3.16%, and -3.10%
However, despite many calls for a Sunni boycott, Beirut 2’s turnout, which is one of the largest Sunni areas in Lebanon, did not drop in any significant numbers. Meanwhile, the lower turnout of the South 2 district (which includes Saida and Jezzine) can be directly linked to Former MP Bahiaa Hariri’ political weight and stature.

In Tripoli, it is harder to link the low turnout to any calls of boycott. Indeed, Tripoli is one of the poorest regions in Lebanon and in the current economic and financial crisis, as well as with soaring fuel prices; it becomes harder for citizens to vote. Historically in Lebanon, political parties take care of ensuring transportation to voters. Yet, in Tripoli, few major political parties were strongly active, except the Lebanese Forces party (LF) and Ashraf Rifi. The other parties were doing the minimum necessary without significant spending. This topic will be the focus of a subsequent paper.

The percentage of white ballots increased marginally from 0.81% out of the total votes cast, to 0.99% in 2022. However, the voided ballots increased by 0.85%, or by 18,791. It is a shame that there are 57,700 Lebanese citizens whose ballots have been canceled, and this is a direct cause of the lack of voters’ education and public awareness. Voter education should be at the forefront of the priorities of the Supervisory Election committee and the Ministry of Interior and Municipalities.

There was a lot of regional disparity in the distribution of the null ballot. Indeed, North 2 (Tripoli, Minnieh, and Dinnieh) topped the chart with 4.54% of voided ballots, then Beirut 2 with 3.75%, and North 1 with 3.41%. It is interesting that the top three districts are Sunni majorities. Whether this is related to a subsequent factor, as a form of a protest vote, or just lack of education will require more investigation and research.

On a final note, there was a significant increase in voided ballots in South 3 that more than doubled from 1.21% to 2.69%. A lack of education is not enough to explain that, and this is a significant statistical anomaly that will require deeper analysis in the future.