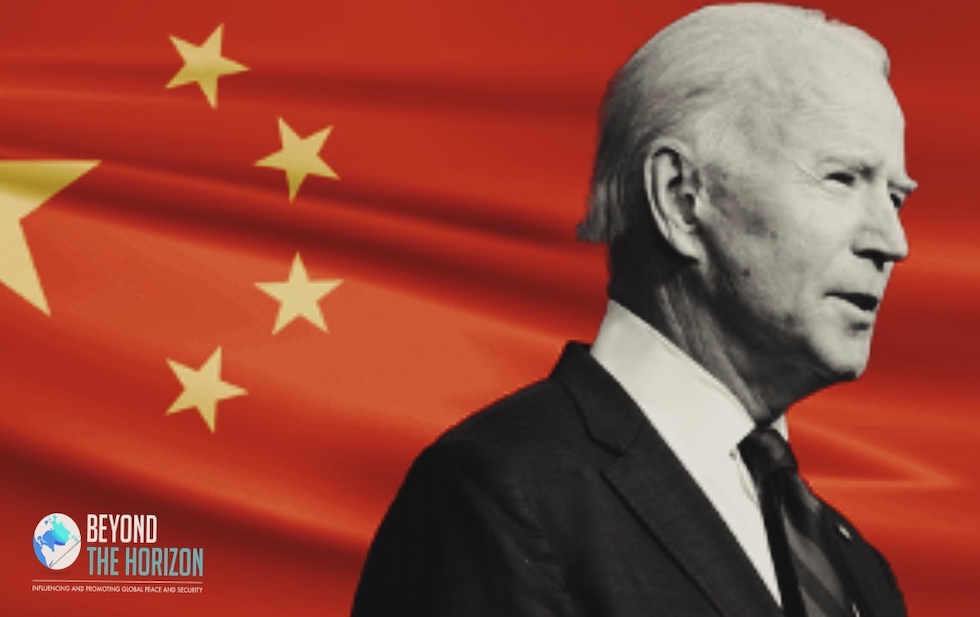 The US policy toward China has come under the spotlight after the first high-level talks between the two countries in Alaska. This was the first serious US contact with the country since election of President Biden.

On January 20, 2021, Joe Biden was officially inaugurated as the 46th President of the United States. The president-elect had signalled an opportunity for a shift in U.S.-China relations, which had been ‘historic-low’ during the previous Trump administration.

The last four years have seen an escalation of trade tensions that led to a trade war as well as sanctions aimed at Chinese technology companies.

Since the election of Biden, political and economic actors have been keeping a close eye on the policy preferences of the new White House administration toward China. So far, we have seen some key developments that have affected bilateral ties between the world’s two largest economies. To make a quick review:

Then, on February 10, Biden had his first call with Xi on Feb. 10, during which he discussed preserving a free and open Indo-Pacific and shared his concerns regarding Beijing’s economic and human rights practices while China emphasized mutual respect, cooperation and dialogue, according to a White House and Taiwan account.

Finally, the United States and China concluded their first high-level face-to-face meeting in Anchorage, Alaska, on March 17. Following the meeting, the two sides issued separate communiqués in which they both identified limited areas of cooperation and coordination on climate change and geopolitical issues related to Iran, North Korea, Myanmar, and Afghanistan, while acknowledging “fundamental” disagreements on the issues of Hong Kong, Xinjiang, Tibet, and Taiwan.

Answers to questions about the new White House administration’s China policy were not concrete until the release of “Interim National Security Strategic Guidance” in March.

The Biden administration released a major document, the Interim National Security Strategic Guidance on March 3 that outlines U.S. foreign policy priorities for the next four years. The language in parts related to China gives us a good picture of how the US regards China. In the 24-page guidance, China, the Chinese government and Beijing are interchangeably mentioned 20 times.

The document strikingly reads; “China, in particular, has rapidly become more assertive. It is the only competitor potentially capable of combining its economic, diplomatic, military, and technological power to mount a sustained challenge to a stable and open international system.” The document prescribes the most effective way for the United States to compete in the long term with this more assertive and authoritarian China as to invest in its economy and democracy.

“We will position ourselves, diplomatically and militarily, to defend our allies,” reiterates the Biden administration as emphasized in the document, promising to back China’s neighbours and commercial partners against coercion and to challenge China’s human rights violations and unfair trade practices.

Biden also stresses the importance of working with allies and international institutions to impose a stronger global position, a reversal back to multilateralism. The new administration seems willing to reengage in international cooperation for a better, safer and more prosperous world.

In many areas, the document points out that Chinese leaders pursue unfair benefits, act aggressively and coercively, and undermine the rules and values at the center of an open and stable international system.

The text of the document further reads: “We will support China’s neighbours and commercial partners in defending their rights to make independent political choices free of coercion or undue foreign influence.” In more concrete terms, Biden Administration vows to support Taiwan that it regards as a prominent democracy and a critical economic and security ally, in accordance with longstanding American commitments.

Moreover, if it is in America’s national interest to do so, the new Administration seems poised to work with China. Biden’s plan is to embrace the Chinese government’s cooperation on issues such as climate change, global health security, arms control, and non-proliferation, where its national futures are closely linked.

Interim National Security Strategic Guidance which was published on March 3 to define contours of the U.S. foreign policy shows intended courses of action the US will pursue in the next four years. Accordingly, the guidance at its core reflects a more strategic and effective US in its approach to China in comparison with the Trump administration. Accordingly, it is inferable that:

Biden Administration is less likely to rely on unilateralism, unlike its predecessor. Because with interim national security strategic guidance, Biden has asserted one more time to prioritize multilateralism as he mentioned in many venues to include his op-ed in the New York Times regarding his China policy where he openly states: “The best China strategy, I think, is one which gets every one of our allies on the same page.” Accordingly, the US administration aims to adopt a multilateral approach that seeks to enlist the support of its partners to maximize its leverage on China while acting in concert with China on issues of vital mutual interest. This is in contrast with the Trump administration’s zero-sum game approach toward China.

As to the potential for conflict, in recent months – as Biden has told CBS News – he and the Chinese president “don’t need to have a conflict,” but warned that “there will be extreme competition.” That is to say, it is very likely that we will not see an explicit conflict under Biden’s tenure, as we saw during Trump’s tenure.