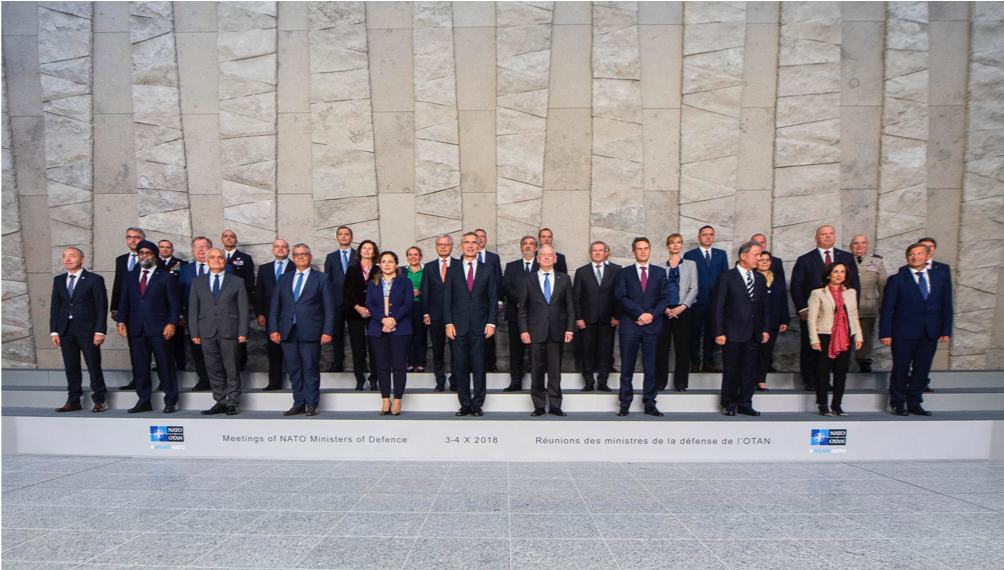 At the Bucherest Summit in April 2008, without mentioning a timeframe, NATO members agreed that Georgia would become a NATO member. Since then, NATO has reiterated its decision regarding Georgia’s NATO membership in almost every major political event including all NATO Summits (2010 Lisbon Summit, 2012 Chichago Summit, 2014 Wales Summit, 2016 Warsaw Summit and 2018 Brussels Summit).

Georgia actively participates in many NATO initiatives. For instance, the country contributes 870 troops to NATO Resolute Support Mission in Afghanistan, a figure even more than some framework nations, participates in NATO Response Force and supports Operation Sea Guardian. Yet, the country is frustrated by the slow pace of implementation of NATO accession process. Russia’s recognition of Abkhazia and South Ossetia as sovereign states further complicates Georgia’s NATO membership. In a press conference before the defence ministerial, the NATO Secretary General said that ‘We will never recognise the so-called independent Abkhazia and South Ossetia’.

Black Sea security was among the topics that have been discussed in NATO – Georgia Commission. Russia is using its Black Sea fleet for supporting Russian units deployed at Syria. Furthermore, adjacent sea (Sea of Azov) and Kerch Strait emerged as the latest flashpoint between Ukraine and Russia due to Crimea Bridge construction after the illegeal annexation of Crimea.

Concerns quelling from Russia’s violation of Intermediate-Range Nuclear Forces (INF) Treaty by deploying a new missile system, namely 9M729 or Kaliningrad which analysts say can fly between 500 km to 5,500 km, were raised by top U.S. officials. U.S. Secretary of Defence Jim Mattis noted that Russia’s violation of an arms control treaty was “untenable” and unless it changed course, the United States would respond. This was an echo to what U.S. Permenant Representative to NATO Ambassador Kay Bailey Hutchison voiced early last week saying Washington was prepared to “take out” any Russian missile if development of the medium-range system continued.

The discussion on deterrence and defence also touched on NATO’s response to instability on its southern borders, in particular, the new training mission in Iraq and NATO’s continued support to partner countries such as Jordan and Tunisia to improve their defence and security capabilities.

Progress made regarding defence spending, and burden-sharing was discussed by the defence ministers. According to the Secretary General Jens Stoltenberg, last year, Allies boosted their defence budgets by a combined 5.2% (excluding the U.S.) which marks the most significant increase, in real terms, in a quarter of a century. Stoltenberg also highlighted that the same countries have spent a cumulative 41 billion US dollars more on defence in the last two years. Allies will also prepare and present credible national plans, laying out how they will hold fast on their commitments. National plans will be finalised before the end of this year, and they will be discussed at February 2019 Defence Ministerial, the Secretary General said.

Adaptation of NATO Command Structure includes over 1,200 additional personnel, two new commands (in Norfolk and Ulm) to improve the movement of troops across the Atlantic and Europe, and a new Cyber Operations Centre to counter cyber threats.

The Netherlands briefed NATO Defence ministers about a foiled cyber operation to the Organisation for the Prohibition of Chemical Weapons (OPCW) conducted by the Russian military intelligence service (GRU). Accordingly, the operation was disrupted by Dutch intelligence services in partnership with the UK.

Defence ministers from Belgium, Denmark, Germany, Greece, Italy, Netherlands, Norway, Poland, Portugal, Spain, Turkey, the UK and the U.S. signed a declaration of intent to cooperate on the introduction of Maritime Unmanned Systems.

Defence ministers from Bulgaria, Croatia, Hungary and Slovenia signed a Memorandum of Understanding to create a Multinational Special Aviation Program. Under the agreement, a new training center will be established in Zadar, Croatia, dedicated exclusively to training air crews, who will conduct the insertion and extraction of Special Operations Forces.