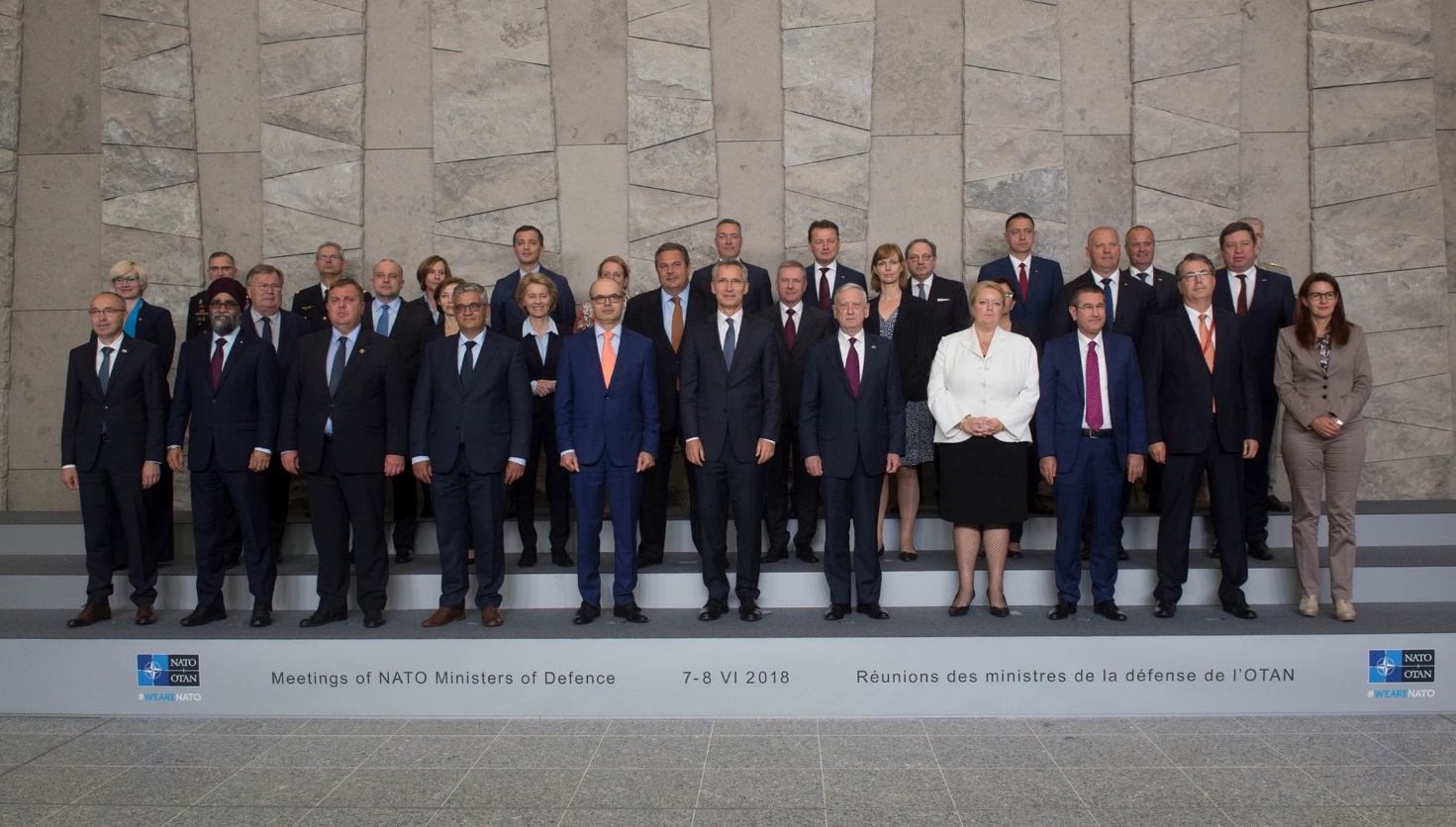 As the last high profile gathering before the Summit, NATO Defence Ministerial (DEFMIN) took place between 7-8 June 2018 at Brussels, Belgium. Although overshadowed by the G7 summit, decisions taken at DEFMIN were quite important, and the atmosphere in Brussels was different from Quebec.

NATO raised the readiness bar higher by introducing a new concept called ‘Four Thirties’ which, according to the Secretary General, means that Allies would have, by 2020, 30 mechanised battalions, 30 air squadrons, and 30 combat vessels ready within 30 days or less. In other words, NATO is tripling NRF within two years. This is not about new forces but about increasing the readiness of forces Allies already have.

As expected, NATO’s new Joint Force Command for the Atlantic will be based at Norfolk in the United States, and its new Enabling Command will be based in Ulm, in Germany which means a boost of approximately 1,200 personnel, another major distancing from zero nominal growth policy.

A Cyber Operations Centre will also be set up, as part of the new Command Structure.

NATO is currently contributing to the Global Coalition to Defeat ISIS with AWACS surveillance flights and training for Iraqi forces. NATO is preparing to launch a training mission at the Summit. However, surprise parliamentary election results which will probably carry Shiite cleric Muqtada al-Sadr to power may force U.S. and NATO to revisit their plans. Defence capacity-building support for Jordan and Tunisia was also at the agenda of the DEFMIN.

NATO-EU cooperation session was held with the participation of High Representative / Vice-President Federica Mogherini, as well as representatives from Finland and Sweden. NATO and EU have been working together on 74 concrete areas of cooperation, including hybrid and cyber, maritime operations, fighting terrorism, exercises and military mobility and women, peace and security. Secretary General emphasized the potential of military mobility which could become ‘a flagship for cooperation’. Military mobility has two dimensions; improving infrastructure and clearing away bureaucracy, in other words, setting up a military Schengen zone.

Nations augmented Resolute Support Mission personnel with around 3,000 more trainers, and discussions are underway to extend funding for the Afghan forces beyond 2020.

As to the burden-sharing, Secretary General pointed out that all Allies have now stopped the cuts in defence spending, and started to increase. First figures related to defence spending for 2018 will be announced on Thursday (14 June 2018). While defence spending is continuing to increase, the pace of the increase has been slowed down according to 2018 estimates. Another outcome of the two-day-long event was that Belgium, Denmark and the Netherlands signed a Memorandum of Understanding (MOU) for the creation of a Composite Special Operations Component Command (C-SOCC).