Migratory Turmoil on the Mediterranean Sea 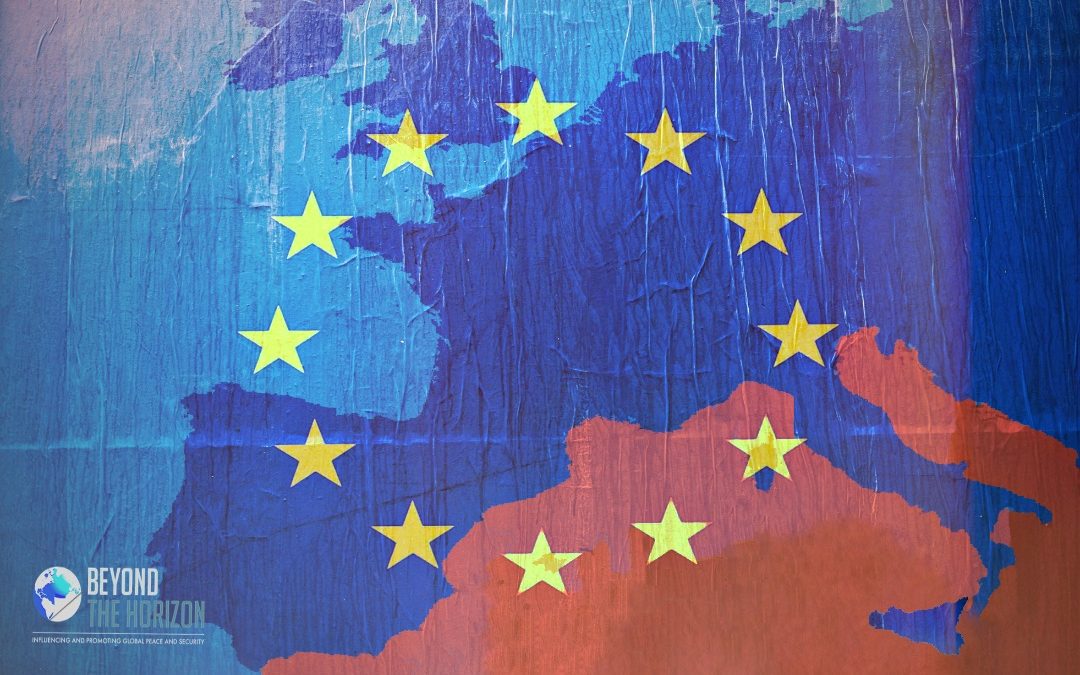 Political instability and poverty in various regions have long been sources of migration. However treacherous the routes through the Mediterranean Sea may be, many are willing to risk their lives and that of their family in hopes of bettering their future. The unusual number of migrants from the African shores has become a controversy within the European Union, with some coastal state members at the forefront of criticism.

One of the most common entrées to Europe for those escaping conflict areas is through Libya. Many travelers seek asylum or refuge via the Africa- Europe route with the assistance of smugglers using them to make a living. They offer safe passage to Europe on overcrowded life rafts or rowboats through this route, a course categorized as the most dangerous for the displaced. These risks may not simply conclude in some passing but also the Libyan coastguard accompanying anyone caught back to Libya, a decision supported thus far by the European Union, which had set funds aside in 2015 to help reduce the flow of migrants.

This initiative resulted in a significant decrease by more than half of the figure of travelers from 2016 to 2019. However, since the process is relatively slower than expected, the trend has inversed in the past year.

Earlier this year, news reports stated that over 20,000 migrants and refugees had passed during the crossing from Africa to Europe; a migration crisis originates from the desire to gain more opportunities and some securities.

These tragedies forced the Human Rights Committee to point out the European Union’s inability to respond swiftly to stranded at sea in vessels with women and children, with so many dead since 2013. Such losses could have been prevented, for instance, if the operator had not reorientated the calls made to the Italian officials, leading the ship to Malta rather than to the closest island of Lampedusa, ultimately causing the patrol boat to arrive too late. In that instance, the pleas for aid lasted nearly two long hours before the boat capsized. Following four survivors’ grievances, the Human Rights Committee subsequently launched an investigation into the event.

Italian authorities worry about the increasingly active flow of immigrants after receiving more than 400 individuals on the island of Lampedusa between a Saturday and a Monday this past March. Insufficient lodging on the island is why Italy is prepared to request that the EU settle with Libya as the primary hub for departures from Africa to Europe; something that Prime Minister Mario Draghi later denies.

Above this crisis, COVID-19 has made it more challenging for the EU to quarantine these newcomers of multiple nationalities on board (the ships) with limited occupancy. Many in the United Nations High Commission for Refugees (UNHCR) wonder how states will manage the influx on the Mediterranean once the temperature improves, if not ready.

During the first week of May, multiple recovery operations took place simultaneously when Italian coastguard and frontier police each brought hundreds of people to shore. Ocean Viking rescued multi-age groups of individuals from inflatable vessels, some of which mention their ill-treatment at the hands of Libyan smugglers who forced them to take ship during high tides. Similarly, there was a crowd of corpses found floating from sunken ships. Italy has been aiding the Libyan coastguard without discrimination in the search-and-rescue efforts with the necessary tools, although most rescued may not be eligible for asylum.

On the one hand, activists blame the authorities for deliberately letting the people drown but not allowing rescue vessels like Sea-Watch to join any mission. In counterpart, such non-profits have been accused of collaborating with smugglers to offer safe passage to migrants, allegations that they entirely refute.

According to UN investigative files, the European External Border Security Agency, Frontex is responsible for refugees’ return, resulting in fatalities. Such unlawful pushbacks have stopped migrants from stepping foot in the EU, giving rise to an inquiry into Frontex.

The situation is so dire that Europe turned over the rights to Libya to keep a close eye on the Mediterranean rescue missions during an agreement between Italy and Libya, with the intent to scale down the circulation of people traversing the sea. As this unfolds, important documents released reveal that Italian officials were well aware of Libyan authorities’ inability or reluctance to appropriately assist the migrants and intercept NGOs providing any relief to the castaway. The Libyan Joint Rescue Coordination Centre (JRCC), whose mission is to surveil and manage maritime alerts, is proven ineffective as there are irregularities in the setbacks in the communication stream. Libyan authorities were generally unreachable, which complicated the tasks of NGOs such as Proactiva Open Arms.

On April 19 of 2021, in Tripoli, Italian and Libyan leaders had agreed to renew their commitments in the movement of people matter. The focus of the dialogue was on countering smugglers and human traders. Amongst some of the addressed issues were the re-enforcement of border safety, unlawful migrations, and acknowledging the human rights of passengers who end up in Libya. Based on the amassed information and allegations, it is stated that Italy had been implicated in violation of international law when using millions to fund the Libyan coast guard. The outcome of this collaboration is the pushback and imprisonment of migrants. However, the EU commissioner for Home Affairs, Ylva Johansson, voiced in a recent Egmont policy event that returning the migrants to jail was the intent.

New Italian politicians, who share the same vision as the previous right-wing leader, Matteo Salvini, like their fellow Austrian and Danish counterparts, are not all in favor of the sheltering of illegal migrants. They are more concerned with prioritizing internal issues than engaging themselves in welcoming all the displaced. Despite the COVID-19 pandemic, more fleets are expected to arrive in Italy. Thus far, the number of migrants who have made it to Italy’s shoreline has tripled compared to last year’s quota for the same time frame.

In the wake of all of these recent developments, Commissioner Johansson invites all neighboring countries for “solidarity” to partake in helping with the accommodation of asylum seekers through compromise. The new Pact on Migration, a series of legislative proposals on the EU’s

approach to migration and asylum, would probably resemble that made with Turkey in 2016 to limit the stream of migrants from the Balkans.

Italy’s interior minister Luciana Lamorgese reached out to other EU nations for collective support to prevent an overflow in Greece or Italy. Failure for the EU to reach a consensus in the subdivision of migrants is an irritant for many.

Though it was decided, in 2019, that Italy and other EU nations divide the incoming, Austria is now retracting, stating that partitioning is not the proper way to go about this. Its representative believes that aiding Africa would be best, and people should know and understand that not all will be qualified to remain in Europe even if they make it to its shores. There is a great deal of resistance to the commission’s propositions, with more countries such as Denmark sharing a similar stance as Austria.

Migration will most likely exist for the years to come and thus more nuanced approaches are needed. The European Union, for instance, should work on converging Member States’ interests in migration as well as unifying their migration policies. The EU and the Member States have the necessary means to provide a vast amount of resources to combat this humanitarian crisis. With a fair accord and policies supported by all, there is indeed hope for saving people, showing solidarity in burden sharing and structuring the migratory flow as well as tackling the root causes. In fact, Member States should also focus on the opportunities brought by this migratory flows.

However, as the events progress on the Mediterranean Sea, Italy stands out as one of the Member States, together with Malta and Greece, with increasing burden and responsibility. It is crystal clear that these Member States cannot overcome this migratory flow alone and sufficient acts of solidarity is urgently needed which is absent since the outbreak migration crisis back in 2015. Still, no matter how heavy Italy’s refugee burden is, this does not give the right to take measures against international law.

As a consequence, taking into account fact-based research and the voice of civil society would be a more responsible approach for the EU and the Member States. This would bring a long-term impact in the EU instead of short-term benefits.

Jacques-Alice Auguste is a Research Intern at Beyond the Horizon ISSG
Loading...