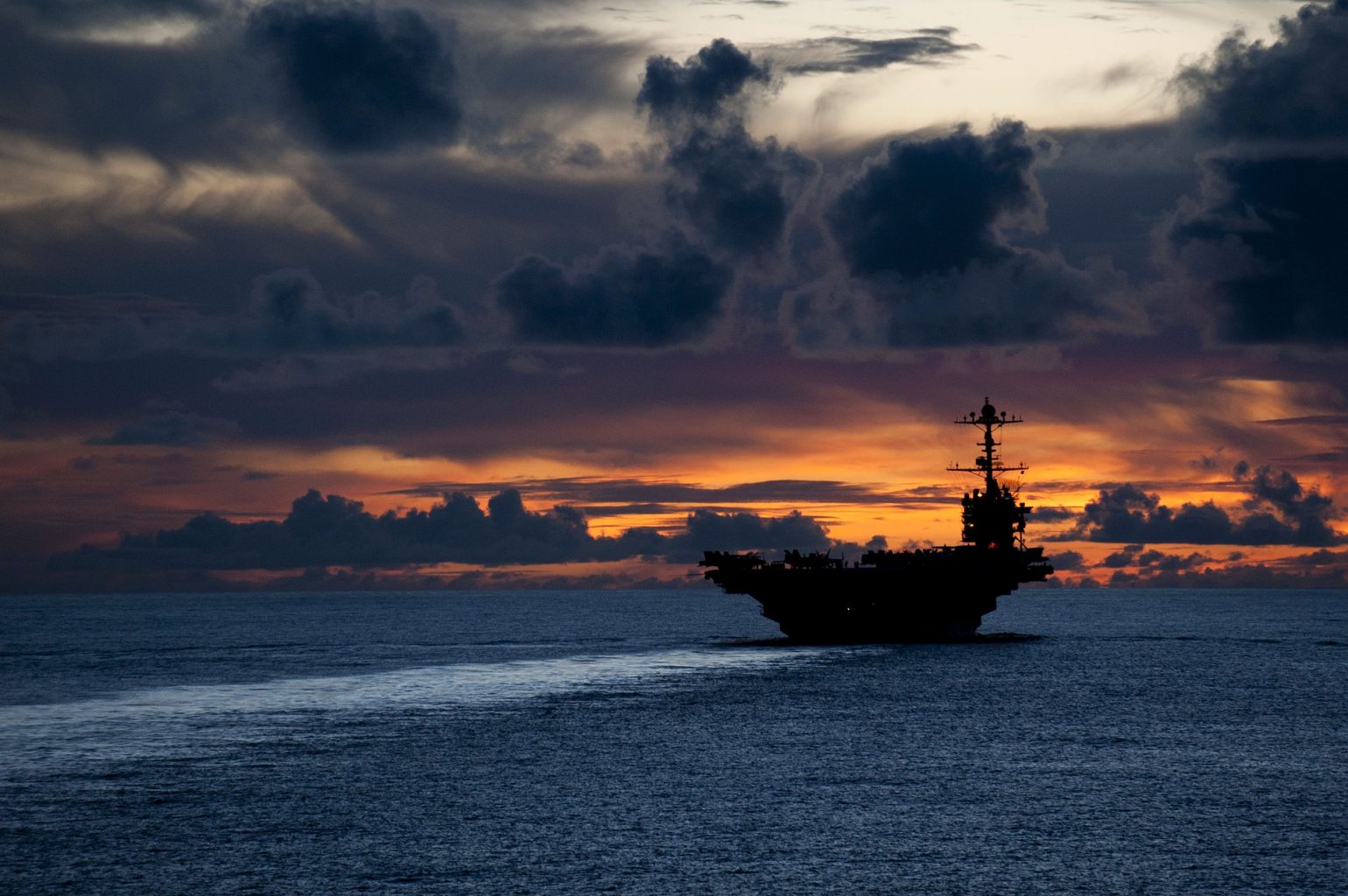 Approximately 3.5 million square km area of the South China Sea has been under dispute as China, Philippines, Vietnam, Malaysia, Taiwan, Brunei and lastly Indonesia. All have claimed sovereignty over this maritime area. China claims sovereignty over 90% of the South China Sea and this area includes both Parcel and Spratly Islands chains which are claimed by Vietnam and Philippines, too. Philippines and China also claim Scarborough Shoal. Malaysia and Brunei claim maritime territory in the South China Sea, as well. Recently, Indonesia has weighed in with declaring its intention to rename its 200-mile EEZ (Exclusive Economic Zone) North of the Natuna Islands as the “North Natuna Sea” which overlaps with the South China Sea. Lastly, on 23 June 2016, Indonesian President Joko Widodo visited Natuna Islands on a warship (Kapoor & Jensen, 2016), this was meant to send a “clear message” that Indonesia was “very serious in its effort to protect its sovereignty”.

In addition to all these maritime disputes in the South China Sea, Diaoyu/Senkaku Islands are also disputed by China, Japan, and Taiwan in the East China Sea and Socotra/Ieodo Rocks in Yellow/East China Sea are the subject of maritime dispute between South Korea, China and even Japan, which considers it to lie within its EEZ (Exclusive Economic Zone).

China has constructed a series of artificial islands throughout the South China Sea. These artificial islands have provoked strong reactions from China’s neighbors in the region. China’s island-building efforts require a heavy investment in engineering and infrastructure. The prime motivation of all these difficulties is to reinforce China’s claim over the region since the South China Sea is one of the busiest trade routes in the world. Beyond its importance as a trade route, it may also contain bountiful resources beneath the surface. The region is also one of the most important zones in the world for fishing. Additionally, China built up military facilities on the artificial islands. Mainly U.S. and the other regional countries are concerned they could be used to restrict free movement through the South China Sea. Some intelligence reports say that China has built four new missile shelters on Fiery Cross Reef to go with the eight already on the artificial island. (Reuters, 2017) In February 2017, it was also reported that China had nearly finished building structures to house long-range surface-to-air missiles on these three islands. (Reuters, 2017) During the Obama administration period; the United States of America declared that they changed their pivot to Asia-Pacific region which was further connected to concerns China’s rising in addition to North Korea. Hence, the U.S.  renewed its military deployment in Asia Pacific region and heightened role over all these disputes. The Obama administration presided 4 Freedom of Navigation Operations (FONOPs) in the South China Sea under the authority of U.S. Pacific Command. These 4 operations started from October 2015 and ended October 2016 with a regular time gap between each operation. On the other hand, the Trump administration carried out 3 FONOPs, respectively May 2017, July 2017 and August 2017 (Gady S. F., 2017). It is obviously U.S. Department of Defense recently believe in the benefits of irregular schedule for FONOPs; however, U.S. allies and partners in the region would welcome a more regular schedule. Although Chinese Ministry of Defense identifies these operations as illegal provocations, American officials deny and declare that they will continue to sail and operate wherever international law allows and keep on conducting FONOPs (Reuters, 2015). In recent FONOPs are with the difference of the similar operations in 2007, much more Chinese patrol boats shadow U.S. warships very closely, the U.S. warships use freedom of navigation rights as pushing the limits in the distance of 12 miles to Paracel Islands and Chinese-U.S. warships have bridge to bridge communication more frequently.

In addition to FONOPs, U.S. Navy conducted a three-carrier strike force exercise in the Western Pacific in parallel with “the Asia Tour of U.S. President Donald Trump[1]” between November, 11 and 14 (Foster, 2017). More recently, U.S. Navy aircraft carriers have conducted dual carrier strike group operations in Western Pacific including in the South China Sea, the East China Sea, and the Philippine Sea. This has been the first time that three carrier strike groups operated in the Western Pacific since exercises Valiant Shield 2006 and 2007 off the coast of Guam. “It is a rare opportunity to train with two aircraft carriers together, and even rarer to be able to train with three”, said U.S. Pacific Fleet Commander, Adm. Scott Swift. (Persio, 2017) Considering that “the Asia Tour of U.S. President Donald Trump” and “Three-Carrier Strike Force Exercise” are concurrent; it can be assessed that this exercise was a message to the countries in the region by showing of strength.

China opposes not only U.S. FONOPs in the South China Sea but also the deployment of THAAD[2] (Terminal High Altitude Area Defense) the anti-missile system in South Korea. China believes that THAAD is primarily intended to weaken China’s strategic deterrence while contributing to defend against North Korea threatening to both China and Russia. That’s why South Korean and Chinese military officials recently hold bilateral high-level military talks about the deployment of THAAD in South Korea. South Korea has some concerns that its economic relations with China will be damaged because of THAAD. (Reals, 2017) Besides, South Korea Navy launched a naval base in Jeju Island on the southern coast of South Korea in January 2016 (Graham, 2016). Jeju Naval Base was constructed as a major state project, viewing it as essential to defend South Korea’s maritime sovereignty. The naval base can accommodate 20 warships, 3 submarines (Cruisemapper, 2017). It is interesting that by 2011, construction had been halted seven times by the people concerned about the base’s environmental impact and who saw it as a U.S.-driven project aimed at China (Ryan, 2014). Another important point about the naval base is that it is only 150 km away from Ieodo/Socotra Rocks which are disputed with China. This area has been the scene of counter-patrols and counterclaims by China. Enhancing the country’s naval presence around Jeju is therefore closely linked to asserting and protecting South Korea’s maritime interests in the delicately poised relationship with China.

Polarization in the Region:

Another interesting data is China and U.S. have an almost same degree as an important country for the future of South Korea.

Table 2: Countries Important for the Future of (GenronNPO, 2017)

Other Region Countries in Polarization:

Russia, showing anti-U.S. stance, exists on the side of China. Russia and China are good neighbors and partners even they have some small problem areas which can be ignored. As the Chinese President said during his visit to Russia in July 2017; “The bilateral relations between Russia and China are now the best ever” (Wu, 2017). They agreed upon multiple joint statements to deepen the comprehensive strategic partnership of coordination.

Philippines and Indonesia are among the most critical countries in the Asia-Pacific region. Especially, Philippines’ President Rodrigo Duterte’s statement, “He vowed to diversify his country’s ties away from U.S. and toward China and Russia” further increased its importance in the region (Radio Free Europe, 2017). Additionally, just one week earlier than Donald Trump’s Asia Pacific tour, totally 5 Russian anti-submarine ships arrived in the Philippines to deliver donated military equipment in the naval visit in company with President Rodrigo Duterte.

From the point of view of Indonesia; in 2016, Indonesia detained the crew of a Chinese boat suspected of illegally fishing in its waters after a chase involving a Chinese coast guard vessel (Sands, 2016). The Indonesian government submitted a protest to China’s charge d’affaires Sun Weide in Jakarta over the incident in Indonesia’s economic zone near the Natuna Islands and in turn, would send fighter jets to the said island. On the other hand, Indonesia is conflicted it sees the U.S. as both main ally and its biggest threat.

For the other countries in the region;

In the South China Sea, regional actors are rising the nationalism and military capabilities. Artificial islands and infrastructure constructions are rapidly increasing. Even China and ASEAN countries have already agreed upon multilateral risk reduction and confidence-building measures in ASEAN Summits in previous years, none have adhered its provisions or implemented its trust-building proposals.

Regional countries and global actors display big challenges in East and especially the South China Sea. Therefore, a small mishap may escalate the tension and may possibly trigger a military conflict in this area. On such an occasion, U.S. automatically involves in this conflict in order to protect the rights of freedom of navigation and its allies Philippines, Taiwan, Japan, South Korea and others.

So far, it has been seen that military exercises/operations are not proper method to solve the problems in the region. On the contrary, military initiatives have increased the tensions and trade disputes and may convert into the hostility mainly between China and U.S. Military operations also enforce the regional countries to choose one of the polarizations, U.S. or China. That kind of enforcement brings with political dissidence and conflict in the region.

As a result, crisis management system and improvement of a range of preventive measures for the region are crucial. In order to reduce a potential risk of conflict escalation, communication mechanisms should also be set up during the summits such as ASEAN, APEC, etc. As ASEAN and Chinese leaders made a decision to implement a code of conduct to avoid escalating tensions over disputed waters during the last ASEAN Summit in 2017 (Pomfret & Morales, 2017). The region countries, by the leadership of the U.S. and China, should narrow the perception gap, encourage the strategic dialogue and design a long-term “Joint Vision” instead of military operations. Last but not least, all the countries have to adhere the taken decisions and multilateral frameworks about more cooperation, regional security, peace, and stability.

Reals, T. (2017, May 2). Why THAAD is controversial in South Korea, China and Russia. Retrieved from https://www.cbsnews.com/news/why-thaad-is-controversial-in-south-korea-china-and-russia/

[1] Donald Trump left November 3, 2017, on a trip that took him to Japan, South Korea, China, Vietnam and the Philippines. It has been his first tour of Asia since taking power in January. He also attended APEC (Asia-Pacific Economic Cooperation) Summit in Vietnam and ASEAN (Association South East Asian Nations) Summit in the Philippines.

[2] THAAD is an American anti-ballistic missile defense system designed to shoot down short, medium, and intermediate range ballistic missiles in their terminal phase by intercepting with a hit-to-kill approach.