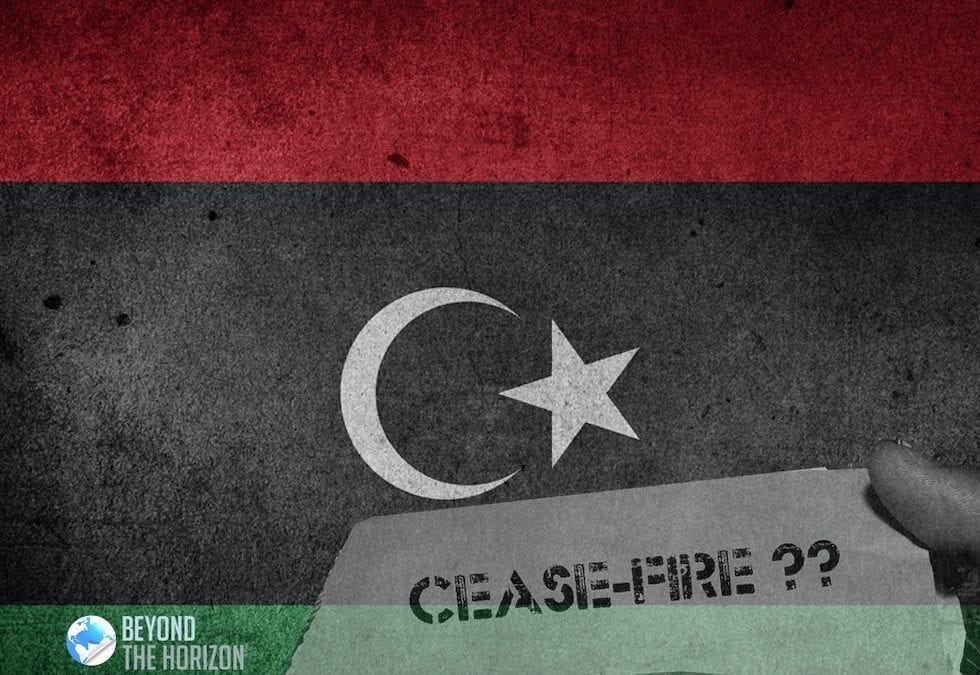 Possibility of Turkish military intervention caused an increase in the external military support to Haftar. Despite his powerful words and Parliamentary approval to troop deployment plans, Erdogan is not able to send a decisive force to back GNA side. On the other hand, Haftar expedited his attacks and his close allies, Egypt and UAE, increased level of support as a precaution to such an intervention.

Fall of Sirte is a significant setback for the defence of Tripoli. With this breakthrough in the battlefield, the city of Misrata, the real muscle behind the GNA, is now left vulnerable against LNA attacks. Misrata is the key to open the road to Tripoli for Haftar. Rather than attacking to this densely populated city, Haftar may opt for isolating it from Tripoli. Haftar captured Sirte due to defection of Madkhali militias inside Sirte. This is notable for showing the Haftar’s influence over Madkhali groups. The impact of Madkhali Salafists has been a controversial issue for Haftar’s secular rhetoric.

Up to now, LNA side was against a cease-fire as it deems military action as the only solution in Libya. At a time when Haftar is strongest and closest to attain his goals since his offensive started in April 2018, his acceptance of a cease-fire shows the influence of international community over warring factions. This decisiveness should have been demonstrated by prominent western actors years ago.

It is a fact that fighting factions want to continue the fight. While Turkish FM says they observe that both sides trying to abide cease-fire, GNA and LNA both accuse each other of violating it. Likewise, their reservations are quite different. Serraj wants Haftar to withdraw from Tripoli area whereas Haftar wants dissolution of militias in Tripoli.

Erdogan’s support is not enough to stop Haftar’s forces. However, once Erdoğan and Putin agreed to move together and own the Libya file, they were able to stop Haftar before reaching his goal. The position of Turkey is clear. However, Russia’s recently observed intention to stop Haftar is quite puzzling. It seems same Russia on the one hand backs Haftar in his operation upon Tripoli and on the other hand does not want him to reach his goals. The highly likely reason for that may be because Putin sees his dominance over Libya file is contingent on the continuation of the crisis.

We also observe Italy trying to carve out for itself a role in the game on the side of GNA. Italian attitude of not signing the joint declaration of the foreign ministers meeting with Egypt, France, Cyprus, and Greece in Cairo and its political endeavours to meet Serraj and Erdogan can be accepted as sign for this attitude. Italian politicians are a bit late and are acting in an inexperienced way. But it is still to be seen, what they will get from the new owners of the Libya file.

The political arena is quite dynamic as never before. Leaders and ministers of important actors; i.e., Germany, Italy, Russia, Turkey, UAE, neighbouring countries of Libya, and EU and UN reps are trying to give shape to the developments. It seems that Merkel decided that it is now time to set the table in Berlin. In the meantime, we can witness some covert meetings between parties in Abu Dhabi and elsewhere. Still, we don’t expect direct negotiations between Serraj and Haftar but rather between their representatives. These two figures are so turned against each other that it is not possible to meet without disturbing their fighters on the ground. In the current setting, the failure of an international conference in Berlin is more likely. Russia is not willing to have a solution in Libya, and fighting alliances has enough reasons to continue fighting. Let’s hope that a radical change takes place and Berlin conference ends the fighting and initiate a peace process for Libya.