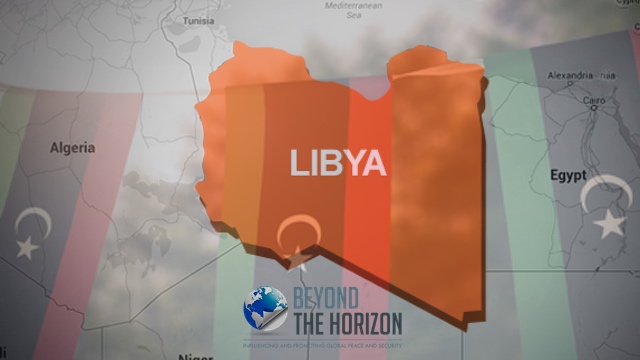 Eight years ago, on 20 October, Moammar Gaddafi was captured and killed in his hometown Sirte and buried to an unknown grave. Since his death, Libyans have been waiting for their dreams to come true. Developments of last week are not promising though, indicating that Libyans will need to wait more for those dreams be fulfilled.

Civilians in Libya still suffer from indiscriminate shelling and disproportionate attacks. This week an airstrike killed three sisters in Tripoli, while seriously wounding their fourth sister and mother. It is heartbreaking but not surprising. Up to now, UN Security Council or prominent international actors have averted from naming, shaming and sanctioning the perpetrators of similar flagrant attacks to include those to airports and the one to Tajoura Migrants Detention Centre killing 46 civilians. To deter such crimes, the UN and international community should invest more on documenting the violations and punishing the perpetrators. Investigations must cover the LNA claims of GNA’s military use of civilian facilities, as well.

Airstrikes on civilians is a result of the fact that the spoilers of the peace in Libya cannot be held accountable. Political-spoilers  ruining invested UN efforts, war criminals wanted by International Criminal Court, human and oil traffickers, outlaw militia rulers, financial criminals wasting Libyan wealth for their self-interests still enjoy impunity, maintaining their influential positions. In some cases, they are even accepted as interlocutor by significant international actors. Finding ways to keep violators accountable for their wrongdoings will be one of the most promising steps towards reaching a compromise in Libya.

On the other hand, despite the preparations for an international Libya conference in Germany, Haftar and Serraj still make statements over the impossibility to negotiate with each other. Interview of Haftar to Sputnik and Serraj to France 24 indicates that both parties have no trust in negotiations to come to fruition. Haftar reiterated his rhetoric that ‘his not capturing the Tripoli at once is just for the sake of saving the lives of residents of Tripoli’ which has lost its credibility. His inability in the battlefield, infamous humanitarian actions in Benghazi and Derna, and latest civilian casualties in Tripoli belie the image being built behind this rhetoric. Additionally, Haftar’s ambivalent words regarding his position on elections and democracy are worrisome. On Serraj’s end, it is alarming that gunmen attacks to cafes demonstrate that militia’s influence in the rule of capital is still tangible and indicates the incompetence of GNA in establishing authority.

The statistics for 2019 indicating more than half of those striving to leave Libya for Europe have been returned testifies for the “efficiency” of EU migration policy.  Libyan Coast Guards (LCG) empowered by EU training, equipment and funding has played great part in an enlarged area of responsibility to attain this result. To the disadvantage of migrants, the number of European rescue assets have been decreased, and charity search and rescue ship operations have been deterred through more challenging conditions.

Some regard these statistics about returned migrants by LCG as a success whereas some others rate it as worrisome. The latter name this as externalization of EU migration policy and argue that emphasis should be on saving lives. For the migrants, who are able to slip through LCG and reach Europe, lack of a proper disembarkation system in accordance with international law and tardiness of ad-hoc solutions seems to remain as the main problem.