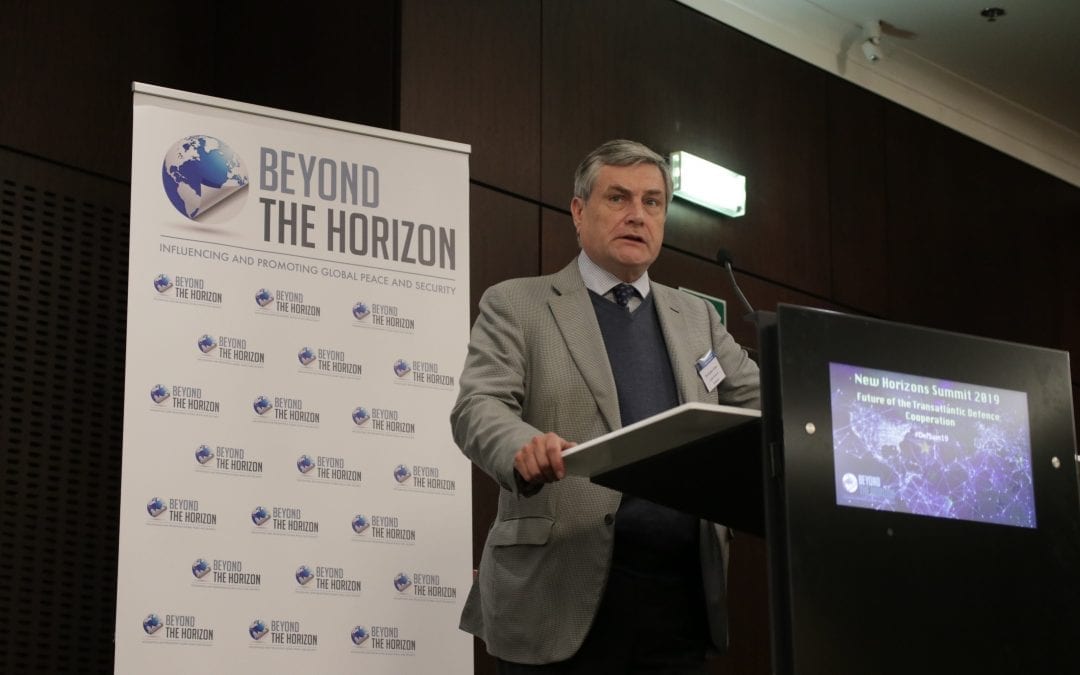 All predictions are based on trend analysis: What countries or companies are researching, or working on at the time. But we should always remember for the future is not the end of the trend line. Why? Well, to begin with, we made the mistake of writing histories of technology based on innovation and not use. In reality all technologies work perfectly well, which is why they persist for a long time. The scientist David Gelernter has coined what he calls a ‘Law of Replacement’ – “a society replaces a thing when it finds something better, not when it finds something newer”.

We also must be careful to define what we mean by disruptive. The first AI strategy document produced by the Pentagon in February 2009 tells us that Artificial Intelligence (AI) is “poised to change the character of warfare”. This is very true. Less convincing is the claim made by General Barry McCaffrey 12 years ago about drones, namely that the Predator, Reaper and Global Hawk represented a “hundred-year war fighting leap in technology that had fundamentally changed the nature of war”. There is a fundamental difference between the nature of war which is largely unchanging, and its character, which changes of course, all the time. The nature of war involves chance, unpredictability, and human nature. The nature of war probably will change when weapons systems become truly autonomous and take us out of the loop. But that is not going to happen for a long time yet.

Drones, of course, are important. They have been around since the Vietnam War in the early 1970s, but largely went unnoticed and unremarked until the GPS system was invented, together with better satellite and communications links. What is likely to be truly disruptive will be 3-D printing. For $9, you can make one in your garage. A single drone succeeded in shutting down Gatwick Airport for almost two days. And at the level of states, underwater drones are now the biggest threat to American nuclear-powered submarines, and the giant US aircraft carriers that are coming on-line at $15bn a time. Which raises yet another question. When we talk of disruptive technologies, are we talking about big or small? We are all obsessed with high-tech options, but low-tech may well the real game changer, the $9 printed drone. Come to think of it, what was the most important weapon in the Cold War? Not the A-bomb, but the AK-47 which killed more people than the A-bomb, land mines an napalm put together. The AK-47 was the weapon of choice for national liberation movements in the 1960s and 1970s, as it was too for the drug cartels in Latin America, and local warlords in Africa following the end of the Cold War.

So let me quote an Air Force Chief of Staff, Michael Moseley, speaking in 2017: “Perhaps, for the first time in the history of warfare, the ability to inflict damage and cause strategic dislocation, is no longer directly proportional to capital investment”.

Another problem is that even when weapons systems change things, we do not always grasp their potential. The first plane took to the air in 1903. Five years later, H G Wells wrote his novel War in the Air, which imagined an air attack on New York. But the first attack from the air on the city was not by a state but by a non-state actor, Al-Qaeda in September 2001. Surprisingly, such an attack had been anticipated in 1909, a year after Wells’ book hit the shelves. It showed four biplanes flown by terrorists (the anarchists of the day) into the dome of St Paul’s Cathedral, taking down an iconic building in what was then the world’s capital city, London. Surprisingly, it took terrorists almost 100 years to work that one out. The use of technology require imagination and that often fails us. As the science fiction writer Frederick Pohl once observed, it is one thing to imagine the invention of the motor car, quite another to imagine the traffic jam.

We know all this from the debate about cyber-warfare. How disruptive are cyber-attacks? We know that they tend to give the offence the upper hand, that non-attribution makes a nonsense of deterrents, and that we have so far failed to find any rules for cyber-warfare equivalent to those of Mutual Assured Destruction (MAD) that kept us safe in the Cold War. But there is a counter-argument that cyber-attacks will fall short of anything truly disruptive, that in Thomas Ridd’s phrase, ‘cyber war will not take place’. And is cyber war revolutionary not because it offers a new dimension in warfare, but that it has an impact on older domains such as land, sea, air and space? And is it disruptive not because of the intent, but unintended consequences? Remember the StuxNet virus that was aimed against Iran, that went onto infect 100,000 computers world-wide, and required the efforts of joint IT teams to prevent it from spreading. And how do you measure disruption? The World Economic Forum Report in 2005 tried to quantify the harm of a cyber-attack, but reached no certain conclusion. And a joint technical committee of the International Organisation for Standardisation, and International Electro Technical Commission found the landscape for measurement was constantly changing. Were we measuring reputation? The impact on human capital, financial losses or psychological damage?

So, to conclude, what are going to be the disruptive technologies of the next 20 years? Probably not Nano. Of course, computers could become smaller, sensors might be reduced in size and contracted molecules could even provide some more effective camouflage – Harry Potter’s invisibility cloak is a possibility, if a rather remote one. But as Gary Stix, a staff writer for Scientific American adds, all writing on Nano technology tends to be a ‘sub-genre of science fiction’.

As for the robots, their mobility may have doubled thirteen times in the last 20 years, but they are still desperately slow. They still fall far short of their fictional promise. The real game changer will be AI. And there is a reason why, which takes us back to history. One of the Chinese guns which the British captured in the Opium War of 1840 dated back to 1601. The Chinese feel that they lost to the West in the 19th century because they did not have the Industrial Revolution first. Their leaders are now determined that the next Industrial Revolution will give them primacy in intelligence systems – hence the AI race which has already started with the United States. Whether you call it AI or as many prefer ‘machine learning’, the character of war is changing again, and China intends this time to be at the forefront of the change.

And then there is outer space, or more pertinently, Low Earth Orbit (LEO). The US Space Command which will be set up next year is indicative of a trend. Do not expect anti-satellite systems being anything like the missile that knocked out a Chinese satellite in 2017, causing international outrage about the amount of space debris that resulted. Laser technology in space is probably the key to neutralising, rather than destroying satellites, and space-based lasers will need far less energy to immobilise targets than land-based systems. There are plenty of less destructive systems out there, from jamming to spoofing, and even nudging satellites out of orbit.

To which I would add quantum computing which will have an enormous impact on encrypting and decrypting intelligence. And Big Data which will change the face of predictive analytics, allowing us in theory at least, to predict the next attach, or the next disruptive event. This may be the most disruptive technology of all.