Kashmir crisis: How does it affect regional dynamics? 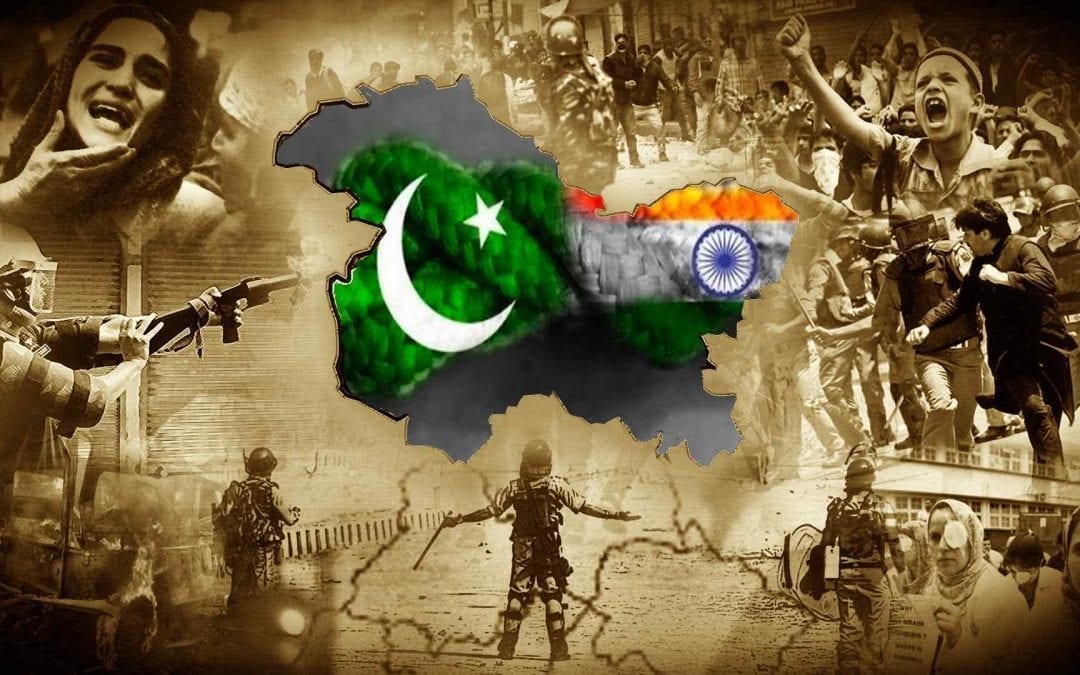 The developments following the suicide bombing of the Indian-controlled Kashmir on February 14, which resulted in the deaths of at least 40 Indian soldiers, caused the attention of the world’s public to focus on the region again.

New Delhi blamed the Pakistani Intelligence Service (ISI) for providing both logistical and technical support to the Jaysh-i Muhammad (Army of Muhammad) organisation, which claimed responsibility for the explosion. For the first time since 1971, India, with its well-planned military operation, passed the Coordination Line, claiming that about 200 Jaysh-i Muhammad members were killed in the camps in the Balakot region, which is under Pakistan’s control. In retaliation, Pakistan announced that it shot down two of India’s fighter jets, which allegedly violated their airspace, and they captured a pilot. India confirmed that only one of the fighter jets was shot down. Despite the calls to both parties by the US, the EU, Russia, and China to refrain from military activities to escalate tension, continuing gun firings along the Coordination Line, the Indian Navy sailing to hit the land targets from the sea and Pakistani Air Force sustaining alarm level show that the tension doesn’t decrease. What are the main reasons behind this tension? Are both countries moving towards a war with nuclear weapons?

Could Pakistan have supported the February 14 attack?

Kashmir peace talks between Pakistan and India were suspended in 2015. Pakistani economy is experiencing very difficult times. In 2018, the United States announced it had ended $1.3 billion of aid to Pakistan, claiming Pakistan was ‘backing radical groups and terrorist organisations’. Currently, the current account deficit of Pakistan is $18 billion, and the total foreign exchange reserve is around $10.1 billion. Under these financial conditions, Pakistan is able to make imports for only two months. In order to repay its loans from China, Pakistan is preparing for an agreement with the International Monetary Fund (IMF). According to Qamar Javed Bawja, Pakistan’s most influential military actor, the economic situation of the country is also a serious security threat. As a reflection of this so-called Bawja doctrine, in October 2017 the Pakistan military wing called on the Indian General Staff for dialogue on the resumption of peace talks and the development of economic relations. However, the fact that the two countries’ General Staff’s level of influence in defense and foreign policy are not the same and the fact that Narenda Modi, who is currently in power in India, has nationalist rhetoric and promises to follow a tougher policy against Pakistan, prevented a positive response to the call. In the Kashmir region of Jammu, the control was completely replaced by the central government of India because the local government was destroyed in 2018. The unemployment, the difficulty of living conditions and the increase in pressure, rape, and torture against local people made it easier for organisations which maintain the armed struggle against India in the region, to facilitate the recruitment of sympathisers in the region. According to international observers, the continuation of conditions in this way may increase the number of terrorist acts in the region. Moreover, it is unlikely that a large amount of explosives used in the Pulwama suicide attack has been brought from Pakistan. It is very difficult to find a rational explanation for the fact that Pakistan is in a terrorist activity that could lead to a hot conflict with India when Pakistan’s situation is thoroughly evaluated. The statements made by the Pakistani Prime Minister to reduce the tension, the publication of images of the recovered pilot and efforts to lower the tension through a humanitarian message, support this argument.

Why is India escalating tension?

As Pakistan frequently emphasises in its official statements, India will go to elections in May and the current political power does not want to be considered in a passive state about Kashmir because of its political discourse. However, it is not enough to explain the issue only with domestic political motives. By taking advantages of the current situation of Pakistan, India wants Pakistani cleric Mesud Azhar, the leader of Jaysh-i Muhammad, to be added to the UN Security Council’s blacklist in order to impose sanctions including the prevention of his travels and freezing his financial assets. In 2016 and 2017, both applications to the UNSC were rejected because of veto by China. The United States, France, and the United Kingdom filed again on 27 February for the blacklisting of Mesud Azhar. China reportedly blocked the United Nations Security Council’s bid to designate Pakistan-based Jaish-e-Mohammad’s chief Masood Azhar a global terrorist.

Looking back on the history of the crisis between India and Pakistan, China is mostly seen as a supporter of Pakistan. Pakistan conducted nuclear tests in 1998 with the help of China and turned it in favor of nuclear power in 2010. The Pakistan-China Economic Corridor, which was developed within the scope of the Belt-Road Project, moved the relations of both countries to a more advanced stage and China invested $ 62 billion in infrastructure for Pakistan. Gwadar Port is the gateway to the alternative open seas for China. In such a conjuncture, it would be a great diplomatic success for India to make Pakistan unilateral in the support for terrorism and the fight against terrorism, and to make China unlawful in favor of Mesud Azhar in the UN Security Council vote, and to force Pakistan to be more independent of China and to produce alternative policies. India will gain superiority over China through Pakistan and India will have the upper hand in the negotiations under these conditions. The statements of China to reduce the tension besides Russia and the United States’s controlled support to India for its fight against terrorism in a diplomatic manner, confirm this argument.

How far does China support Pakistan?

At this stage, the People’s Republic of China (PRC) is taking a stand upon stability in the region in order to increase its effectiveness in the region, to protect its borders, and to complete the Pakistan – China Economic Corridor. As a matter of fact, the PRC supported the offer of peace talks to India in October 2017. The PRC recognises that Russia and the United States are uncomfortable with Pakistan’s economic dependence on China. In a possible crisis, both countries will support India against Pakistan as in previous crises and try to prevent a hot conflict by using all the means, since the main objective is to limit PRC’s effectiveness in the region. It is not in accordance with the reflexes of PRC to direct involvement to an equation where time and place is not determined by PRC. PRC’s support for Pakistan should be evaluated within this frame.

How do the US and NATO act?

The US is still the world’s leading power even though its hegemony is questioned. The international community expects the United States to intervene in a crisis that can happen anywhere in the world. In this respect, it is clear that the US and NATO – which’s driving power is also the USA- will not allow the destabilisation of Afghanistan, the increase in the efficiency of the PRC in the region and the creation of conditions that will cause the terrorist organisations to grow. The US is uncomfortable with Pakistan’s rapprochement with PRC. Washington will want to see the crisis as an opportunity for weakening Pakistan and PRC relations. It is clear that Saudi Prince Selman gave US $ 20 billion of aid to Pakistan under US incentives. The United States wants to see Pakistan as an active member of the Saudi-led Saudi Arabian NATO which was established against Iran.

Can nuclear weapons be used?

According to a report prepared by the International Institute of Physicists which was founded in 2013 in order to prevent nuclear war, a nuclear war between India and Pakistan could lead to a famine that could cause the death of 2 billion people. In this circumstance, nuclear weapons are unlikely to be exploited even under a conventional war.