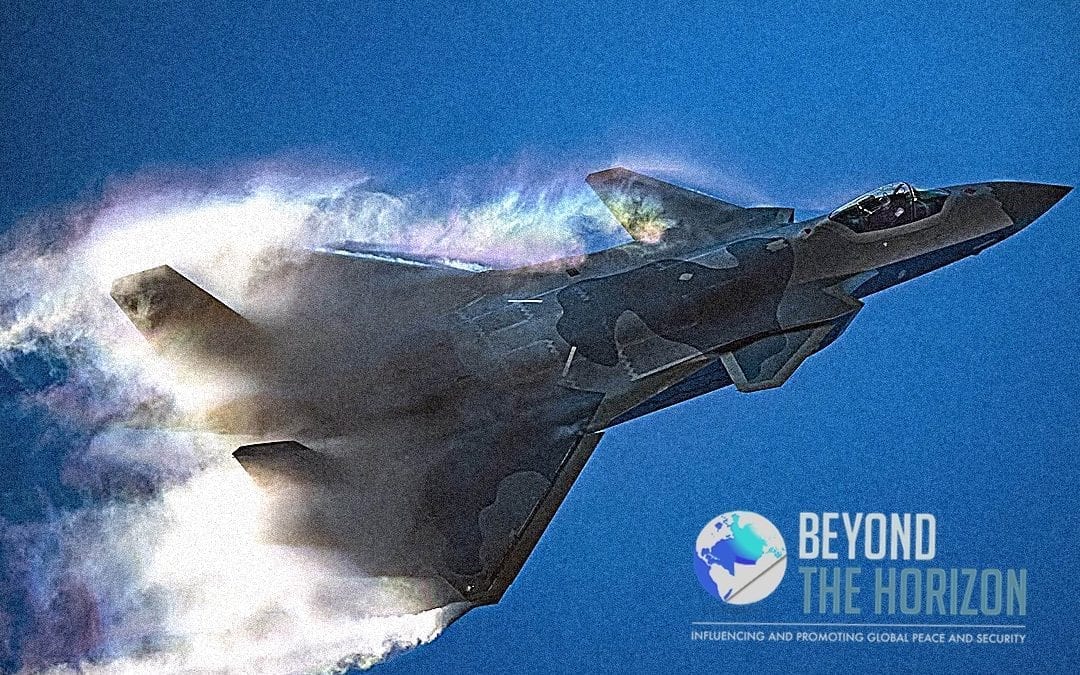 On 1 October 2019, J-20 was among high-profile flyovers conducted by the People’s Liberation Army Air Force (PLAAF) with J-16 and J-10C advanced fourth-generation fighters armed with the latest air-to-air missiles (AAMs), during a major military parade led by President Xi Jinping on the occasion of the 70th anniversary of the founding of the PRC.

The J-20 is being upgraded by the PLAAF, that may include increasing the number of AAMs the fighter can carry in its low-observable configuration, installing thrust-vectoring engine nozzles, and adding supercruise capability by installing higher-thrust indigenous WS-15 engines.

In October 2018, two J-20 stealth fighters were publicly displayed and showcasing stealth fighter with its weapon bays and full missile magazines. It was the first time that a weapon’s complete load was displayed and China officially exposed the full configuration of the aircraft’s weapons. Another full capability demonstration can be expected if Covid-19 pandemic allows the Zhuhai Airshow to be held on in October 2020.

Capabilities of the New Bomber

The 5th generation J-20, which is a single-seat twin-engine, multirole stealth fighter aircraft, was built in China and commissioned in 2017. With advanced avionics, supersonic cruising speeds,  super manoeuvrability and capability to evade enemy radar make it the “backbone” of the Chinese Air Force.

It is highly likely that China is in the process of constructing a brand-new version of its Chengdu J-20 stealth fighter. The new version is expected to incorporate improved powerplants which increase thrust-vectoring control (TVC) and add more power to the J-20’s abilities. It is considered that the manufacture of the long-expected J-20B began 2020 summer.

The Chinese stealth fighter, in fact, will most likely be very difficult to detect and track by radar, and the J-20B thrust vector control capabilities combined with that inherent stealth may make this aircraft a significant opponent for the F-35, and the F-22. However, the additional feature of thrust vectoring is questionable; it may diminish the canard deviations of the J-20 in flight. Fluttering control surfaces are not suitable for the radar cross section of a stealth aircraft. The front canards of the J-20 may also reduce the stealth capabilities of the aircraft, which makes the aircraft difficult to detect from the head on, but may also be easier to detect from other angles.

While many analysts continue to doubt about capabilities of engine of the J-20B stealth bomber, some of them have speculated that it might use an improved version of the indigenous Chinese WS-10 Taihang engines that are fitted to the latest production examples of the fighter.

From March 2019, the PLAAF has allocated its first fifth-generation J-20s to an operational unit, a combat brigade in the Eastern Theatre Command, likely to enhance its capability to react to the U.S. and Allied aircraft in the area.

A few countries around the world have already launched programs to develop 5th generation fighters. These preliminary programs of the 6th generation currently remain quite secretive. The aerospace industry of China has made impressive progress in recent years to fill technology gaps with other leading military superpowers.

As countries start to develop 6th generation aircraft and next-generation air defense systems, it is likely that China has begun R&D along the same lines. Considering that China is striving to use their equivalent of a 6th generation fighter aircraft in a similar period of time to American, British and European concepts, pre-research would probably have started several years ago.

The widescale production and basing of J-20 would be an essential factor in a possible conflict in the South China Sea. Currently, China would rely heavily on long range missiles such as DF-21 and a dense network of air/sea defence batteries to implement the Anti-Access Area-Denial(A2AD) strategy against the U.S. with a better trained personnel and with more capable weaponry, albeit facing the challenges of geography and numbers. In case of massive J-20 production, we can expect China to try to face the F-22’s and F-35 operating out of Guam and aircraft carriers head on in a Battle of Britainesque massive air confrontation. China will try to make up for deficiencies in training and technology with massive numbers. After all, quantity can be a quality in itself.