It is elections day!!! 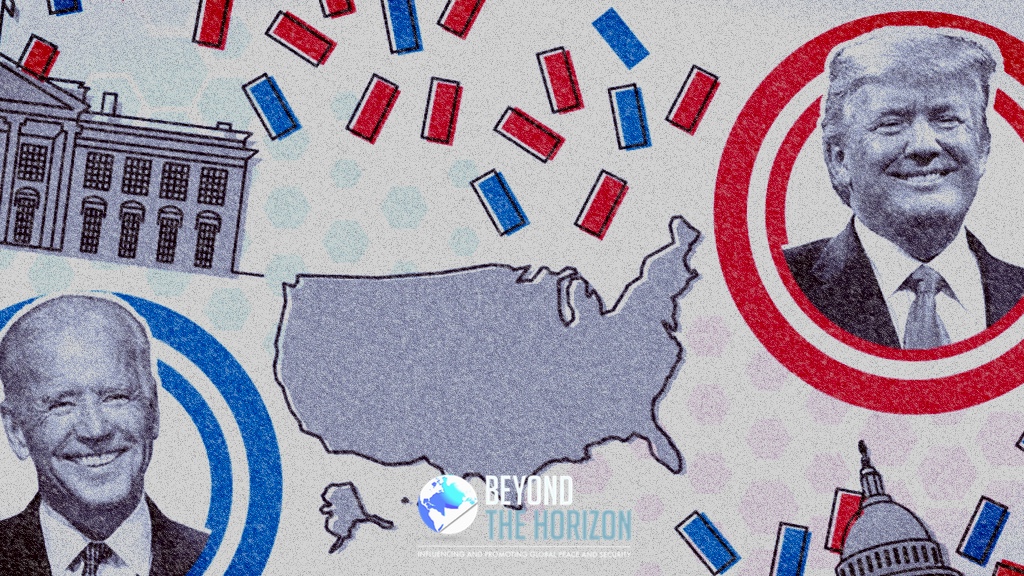 What an exhausting couple of months, or even years, it has been. I still vividly remember four years ago, that fateful night in 2016, the up and downs, the false hopes, and then the unequivocal truth…

Among the deluge of polls, opinions, and fake news, the situation might feel pretty chaotic. Results are going to take a while to be announced and some reports are claiming that President Trump might announce victory while not all results have been counted. It is clear that it will be a long and tumultuous night!

So, what is going to happen, and when are we going to know the results? Well, I am here to help. I will start with the races you should follow and then offer the full explanation:

Florida, North Carolina, Georgia, and Arizona! If these are not decisively won by midnight then include Pennsylvania.

These first four battleground states have already started counting their absentee ballots, and they usually count their ballots fast. Thus, by midnight ET these states should report a large portion of their votes. And here allow me to make a bold projection: If Biden wins any one of them, he will be president!

Let me explain, In 2016, Trump won by breaking through the ‘blue wall’ of the rust belt, or specifically the three states of Michigan, Wisconsin, and Pennsylvania. This year, the easiest way for Biden to win is to reclaim these states and the white house is his. 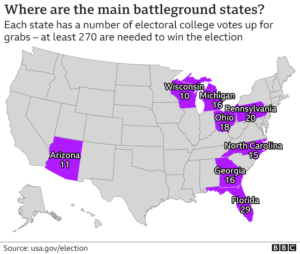 The polls in Michigan and Wisconsin are tilting overwhelmingly towards Biden, with an average of +8 Biden in each, according to 538 (the famous poll of polls aggregator site of Nate Silver). However, Pennsylvania is a bit closer, with ‘only’ +5 Biden. The fear is that the polls will be a bit off like in 2016, and there will be a pro-trump shift.  Although,  with+5 an error similar to 2016, where the polls were off in the Rust Belt by +3 for trump, would still allow Biden to win!

However, the problem is that Pennsylvania is a slow counting state that does not start counting absentee ballots until election day. Thus, it might take till Wednesday morning to get the results. 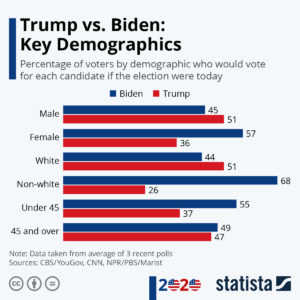 Fortunately, Biden has other routes to reach 270, becoming the president and announcing it during the night or the early morning hours! He can win one of the many battlegrounds states he is ahead in or almost equal with Trump, like Florida, North Carolina, Georgia, and Arizona! And these states count their votes rather rapidly and in most of them, they have started counting absentee ballots days ago. And that is why I advise you to keep your eyes on Florida, and the other Sun Belt states., for a relatively quick approximation of the results. If these states start leaning blue early in the night, then we are heading towards an early and large Biden victory. Otherwise, if Florida goes red, then we are heading for a long night, or even days, and a possible protracted counting process that might end up in the supreme court.

Finally, I will leave you with my own projection. There is a significant surge in absentee and pre-voting all over the states, reaching 70% of the total 2016 votes, and the trend has continued in the past few hours of voting. Therefore, it seems that this election will have record participation. The subgroups with the lowest historic participation rates are youth and minorities, knowing that these groups have a significant preference for Biden, I expect a Blue landslide for 2020! But no matter the result I hope it will be a calm and orderly election!

I will keep you updated throughout the night! and for more information about the elections and the 270 magic number, please check my previous article here.