Iran Struggles to Fill the Vacuum Left by Soleimani 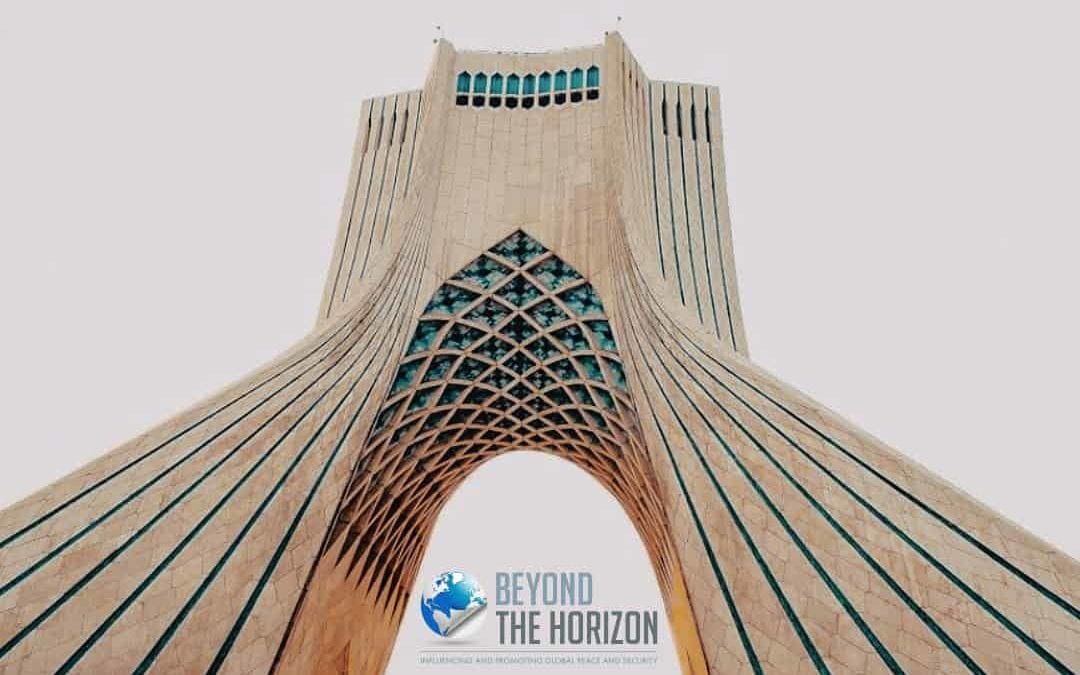 A year after Iran’s most renowned general was assassinated in a U.S. drone strike, Tehran is still struggling to recover from the loss. While Maj. Gen. Qassem Soleimani left behind an entire bureaucracy called the Quds Force – the overseas operations arm of the country’s elite military force, the Islamic Revolutionary Guard Corps (IRGC) – his death has left a vacuum that is hampering the regime’s ability to manage the network of relations that enables Iran’s geopolitical footprint in the Arab world. It will be a while before the IRGC-QF will regain its bearing and build upon the efforts of its slain commander.

The Islamic Republic continues to mourn Soleimani, but the bigger story is that his successor, Brig. Gen. Esmail Ghani, is not able to pick up from where Soleimani left off and steer the ship in the same manner his predecessor was able to. The Iranian establishment and its regional partners have yet to come to terms with the fact that Soleimani is gone. He was a unique person whose skillset was not fully institutionalized, and therefore Ghani is left with some big shoes to fill.

In an interview on Dec. 27, 2020, Hezbollah chief Hassan Nasrallah admitted that the new commander of the Quds Force needs time to adjust to a reality where he must make the big decisions as opposed to executing the ones made by those above him. “Let’s be realistic, he needs some time, we can’t expect from him what Haj Qassem was achieving after 22 years of experience,” Nasrallah remarked.

Soleimani was not just another Iranian general. For nearly a quarter of a century, he headed the Quds Force and turned it into the machine that allowed Iran to project power in the Middle East through asymmetric means. Over time, Soleimani’s personality became indistinguishable from his official role as IRGC-QF chief. Soleimani also operated both at the strategic and tactical levels, personally managing the regime’s relations with a diverse set of proxy allies who were deeply divided internally. It was this critical aspect of his role that did not trickle down well through the ranks of the IRGC-QF. In some ways, such specific personal traits are difficult to inculcate, which means the leadership that Soleimani provided could be irreplaceable.

The Islamic Republic’s apex leadership trusted him so much that it was confident he would not just carry out the responsibility delegated to him but also develop it and improvise as needed. Supreme Leader Ayatollah Ali Khamenei had full confidence that Soleimani was able to overcome whatever challenges arose and was thus at ease that the efforts to further the regime’s regional ambitions were in safe hands. Khamenei dealt one-on-one with Soleimani – bypassing the political and military hierarchies. But now, a year later, Soleimani’s absence continues to be deeply felt and is impacting Iran’s ability to manage the extensive and complex regional network because Soleimani took much of that tradecraft with him.

Tehran’s regional sphere of influence has long faced numerous challenges, especially since the uprising in Syria. Soleimani was able to manage these problems and even conceal the cracks in the Iranian regional net because he had personally mastered the art of putting together and sustaining coalitions of proxies. For the first time in more than two decades, the Islamic Republic is feeling vulnerable because the regional management system designed and operated by Soleimani was still heavily dependent upon his personal involvement when he died. Most disconcerting for the Iranians are the divisions among the Shiites on its front doorstep in Iraq, where the chronic factionalization among the country’s majority community has grown acute.

The situation in Iraq has been obvious since the initial weeks following Soleimani’s death. Tehran has been struggling to bring its allies together. Iranian efforts to get the myriad Shiite factions to accept Mustafa Kadhimi as a prime minister is a case in point. Kataib Hezbollah has been accusing Kadhimi of being involved in the killing of the Soleimani and its own secretary general, Abu Mahdi al-Mohandis, who was also deputy leader of the Iraqi Shiite militia umbrella alliance known as the Popular Mobilization Front. Separately, a commander of another major Iraqi Shiite militia, Asaib Ahl al-Haq described bowing to Tehran’s pressure to accept the new prime minister as akin to being forced to eat a carcass. This was after Iranian national security chief, Rear Adm. Ali Shamkhani, visited Baghdad to ensure that Kadhimi would lead a new government.

Soleimani’s successor Ghani himself has traveled to Iraq on several occasions over the past several weeks, amid rising tensions, to convey a clear message to factions affiliated with Iran that Tehran is not interested in any escalation with the United States. Many elements within the Iraqi Shiite militia landscape, however, are not fully committed to Tehran’s desire to avoid conflict with Washington. The rockets fired on Dec. 21 that landed in the vicinity of the American embassy in Baghdad prompted Ghani to visit Iraq in an effort to contain further provocations from its Shiite allies. While Foreign Minister Mohammad Javad Zarif was publicly issuing statements warning the United States against any escalation, Ghani was trying to get the militias to behave.

In this short period of transition between the Trump and Biden administrations, Iran’s Iraqi allies have become a sort of liability for Tehran. If Soleimani were alive, these militias would not be taking the liberties they are indulging in now. The former IRGC-QF commander would have had a much easier time ensuring that the Iraqi Shiite militias did not take any actions that were detrimental to the national interest of his country. Let us not forget that al-Mohandis was a key lever Soleimani could use to influence the militias and balance their competing interests.

Soleimani in the Levant

In order to understand Iran’s influence in Iraq, it is essential to contrast it with the Iranian experience in Lebanon. Soleimani was most skilled at dealing with Lebanon, but it could not serve as the template for Iraq given the differences between the Shiite landscapes in the two countries. In Lebanon, Hezbollah dominates the Shiite scene with Amal as a junior partner. Furthermore, Hezbollah had evolved well beyond a militia into a political movement that was very adept at coalition politics in a democratic system overlaid upon a country divided along confessional lines. In contrast in Iraq, the political system is very fragile and the Shiite community hyper-factionalized. Furthermore, Iraqi militias vary in their commitment to the Wilayat al-Faqih doctrine that forms the basis of the Iranian political system, while the Lebanese Hezbollah is more of an organic extension of Iran’s Shiite Islamist ideology, which creates greater synergy between Tehran and its premier regional arm. In other words, Hezbollah does not need micromanagement as much as Iran’s Iraqi partners do. In fact, Hezbollah helps Iran manage proxies in Syria, Iraq, and Yemen.

With the assassination of Soleimani, the rules of the game and engagement with the United States have changed, at least during the past year. Tehran’s initial response to the assassination – which came before Soleimani was buried – saw several missiles hitting the Ain al-Assad base in Iraq. However, this was a symbolic and measured response aimed at satisfying the immediate imperative to retaliate while avoiding further escalation. The fact remains that the United States dealt a blow to Iran’s regional strategy.

In addition to the decapitation hit on the IRGC-QF and its Iraqi proxies, the United States has been engaged in diplomacy that further undermines Iran’s ambitions. Tehran does not have good options to counter the U.S.-sponsored normalization wave that saw the United Arab Emirates, Bahrain, Sudan, and Morocco engaging in peace deals with Israel. At a time when it is trying to convalesce from the loss of Soleimani, Iran is under pressure to counter the Abraham Accords, which are clearly designed to undermine Iran’s influence.

The death of Soleimani raises questions about Iran’s position in Syria, which is the most critical piece of Tehran’s strategy for regional influence. For now, and despite Soleimani’s demise, Iran continues to maintain a major presence in Syria. Given that Iranian operations in Syria have been about ensuring the survival of the Assad regime, Soleimani’s work involved more than directly dealing with militias. Instead, he was operating through a layer of IRGC officers and commanders who in turn coordinated military and intelligence operations involving Iranian mobilized irregular forces as well as Syrian state forces and Russian troops. That system required far less heavy lifting from Soleimani and is likely to endure even as Israel conducts airstrikes to prevent the Iranians from consolidating themselves in country.

Though Soleimani’s strategy for Syria has prevented a military collapse of the regime, it cannot address the country’s shattered political economy, which will require the regime to accept greater international diplomacy. Therefore, the big question is what role Iran would play in the country and how Iran will be able to retain its influence in the country, which to a large extent is military in nature. Meanwhile, the incoming Biden administration is expected to deal with Iran’s role in Syria (as well as the region) in a much more nuanced manner than Trump’s policy of “maximum pressure.” Additionally, the Russians and the Turks will have a major say in what happens in Syria, which will have a bearing on Iranian interests in the Levant.

One major Iranian achievement in the post-Soleimani era was an agreement between the Syrian government and Iran to expand military and security collaboration. The pact will see Tehran providing Damascus with locally developed air defenses, which will allow Tehran a long-term military presence, directly or through affiliated groups and militias. We have already seen this happen in Aleppo, Hama, and Eastern Syria. But this is going to invite greater pressure on Iran from both Israel and the United States.

President-elect Joe Biden’s forthcoming administration is preparing to resume engagement with Iran over the nuclear deal nixed by President Donald Trump, and the president-elect’s national security adviser Jake Sullivan has hinted that Iran’s missile program will likely be on the table for discussion. Regardless of the details and sequencing of issues, ultimately the Biden White House will have to work toward curbing Iran’s regional influence. Here’s where Trump’s actions have weakened Iran’s hand and why the Iranian leadership will deeply miss Soleimani, for he played a crucial role in creating the battlespace conditions that Iranian diplomats could leverage at the bargaining table.

* This commentary was first published at Center For Global Policy on January 7, 2021.

** Ali Hashem is a research affiliate at the Centre for Islamic and West Asian Studies, Royal Holloway, University of London. His research focuses on the Middle East with an emphasis on Iran, Lebanon, and Iraq politics. Hashem has been covering the region for the past 15 years. He tweets at @alihashem_tv.