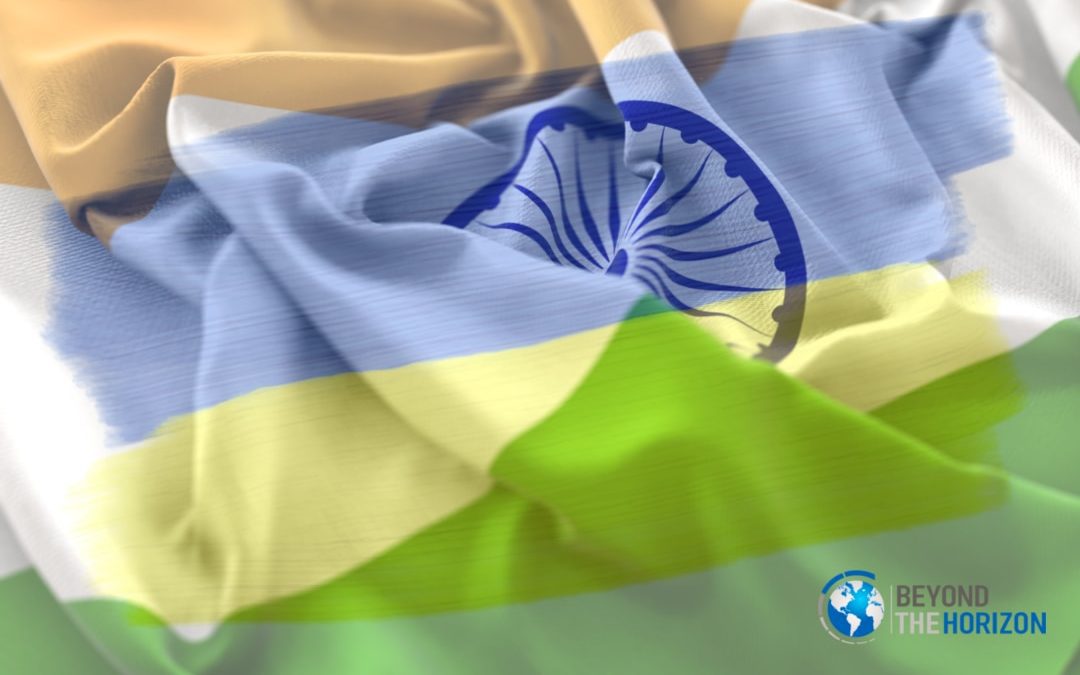 The war on Ukraine has clearly transformed the political environment in Europe, but it has also divided the world. In this turbulent time, India has positioned itself as neutral, balancing between Russia and the West. While India has not officially condemned the Russian invasion of Ukraine, it still emphasizes the urgency of a diplomatic solution. India is continuing to balance its partnerships with Russia and the West, as it stresses its pledge to diplomacy and peace while sustaining its relationships with Russia. Historically, India has had good relations with Russia for decades. Yet, cooperation with the US and the West has grown significantly over the last couple of years, which puts it in hot water since the war in Ukraine broke out. India might strive to become a responsible neutral party to the conflict, able to mediate once Russia and Ukraine are ready for negotiations.

India and Russia have cooperated for decades, dating back to the Soviet Era. After the dissolution of the USSR, India and Russia were quick to reestablish relationship. The two states entered into a Treaty of Friendship and Cooperation in 1993, and signed a bilateral Military-Technology Cooperation agreement in 1994. The relationship deepened even more in 2000 and became an important Strategic Partnership with various communicative channels and annual meetings. India has close cooperation with Russia in areas such as nuclear energy, space, and science, yet defense technology is the strongest pillar. The two countries have experienced a form of co-development of military technology, sharing knowledge and production. Russia has been a crucial provider of military capabilities for India, as India is the world’s largest buyer of Russian arms. Developing military capabilities are essential for India, which has tense relationships with neighboring Pakistan and China.

Diplomatic ties between India and Russia have also been strong throughout the years. Looking at the UN, Russia has often supported India, especially in the question of permanent membership in the UN Security Council, which would consolidate India’s growing global influence. Political and diplomatic relations between the two countries have historically been steady. Still, the Russian annexation of Crimea in 2014 and the new foreign policy following the change of Prime Minister in India the same year have presented some challenges. Over the last couple of years, PM Modi has reached out to a variety of countries, such as Saudi Arabia, Japan, and the US, to secure cooperation and partnerships that will be beneficial in a world order that is changing. There is a growing fear of Russia’s closeness to China and growing cooperation with Pakistan, which may become more profound as Russia becomes isolated from the West due to the war in Ukraine.

Relations with the US and the West

India’s relationship with the US and the West has not been as steady as with Russia. Historically, several incidents have resulted in estrangements, such as India’s nuclear aspirations. In 1998 the US imposed sanctions on India after nuclear tests were conducted, but most were lifted within a year. In 2005, India and the US signed the New Framework for the US-India Defense Relationship, and the military cooperation continued to deepen as new agreements were signed in 2016 and 2018. The economic ties between the two countries have continued to develop throughout the last two decades. The US is India’s largest trading partner and an important export market. The two countries also cooperate closely in several multilateral organizations, such as the UN, as the US supports a reformed UNSC that includes India as a permanent member. The US-India relationship is said to be founded on “shared values including a commitment to democracy and upholding the rules-based international system.”

As India has positioned itself as a promoter of peace and democracy, it finds common ground among Western countries. India has also grown closer to Europe, as the EU has become India’s third largest trading partner, following the US and China. In 2020, the India-EU Strategic Partnership: A Roadmap to 2025 was signed, which strengthened the cooperation concerning issues such as security, human rights, and climate change. In a changing world order, China has become a common concern for both India and the West. India may therefore use its relationship with the US and Europe to balance China’s growing power, just as it may be beneficial for the West to have India as a close ally. As a rising economic power, India is a geopolitically important ally in the Indo-Pacific, as the global competition between the US and China may take place here. As India continues to grow, its role in the region may become more critical.

Ambiguous Stance in the Ukraine War

As India has continued its partnerships with Russia and the West, it has been caught in a sticky situation since the Russian invasion of Ukraine. As Western countries quickly condemned the invasion, India did not take a stance quickly. India is sticking to a neutral role as it has abstained from votes in the UN Security Council and the UN General Assembly in resolutions regarding the Russian aggression on Ukraine. At the G20 this week, India continued to stand its ground. While western countries such as Great Britain harshly condemned the brutal attack on Ukraine, India’s Prime Minister Modi called for diplomacy and world peace. However, India’s approach to the Ukraine conflict has been ambiguous.

Even if India has avoided taking an official stance in the conflict, Prime Minister Modi has spoken out about the situation. In September, PM Modi sharpened his tone toward Russia to clarify its stance in the ongoing war, saying, “today’s era is not an era of war.” While Western countries try to isolate Russia from the global economy, India has become a crucial part of Russia’s economy which may finance its ongoing war on Ukraine. Business with Russia continues as usual as India tries to balance its neutral role in the conflict, still saying it is “on the side of peace.” India’s imports from Russia have risen 430% since the outbreak of the war in February, as India has become Russia’s second-largest oil consumer (China being the largest). As a growing economy, India may benefit from the ongoing war since western sanctions enable India to buy crucial Russian oil at discounts.

India is playing a complicated game as it tries to balance its partnerships with Russia and the West in times of war. India may benefit from being allies with both sides, yet it may end up being nobody’s ally if the tensions increase. India may seek to be perceived as a responsible and relevant actor by promoting diplomatic solutions. It might put itself in an advantageous position as a mediator in later phases of the conflict. Therefore, India may want to continue this neutral position to enable its role as an active part in the potential solution to the conflict, which will consolidate its self-image as a promoter of global peace. However, the stakes are high as tensions between Russia and the West continuously increase. India is unwilling to give up its long and steady partnership with Russia, which has provided huge benefits lately since India can buy discounted Russian oil. Thus in a changing world order where China has become a global superpower, India has indicated a new foreign policy characterized by diversification. China is a concern that brings India closer to the US and the West, and vice versa. India proudly calls itself the “mother of democracies” and shares similar values as the West, which makes close cooperation appear natural. India has also turned to a variety of countries around the globe in what could be viewed as an attempt to consolidate its own global importance as a rising power.

Betty Wehtje is a research intern at Beyond the Horizon ISSG. She is currently pursuing a Bachelor’s degree in Peace and Conflict Studies at Lund University in Sweden.