In the Run-up to International Conference on Libya 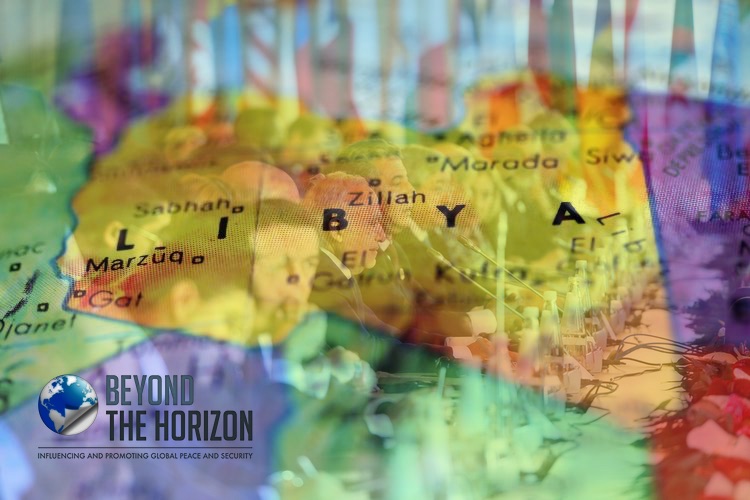 Preparations and developments related to the upcoming Libya Conference in Germany are dominating the discussions on the Libya crisis. Mediators are working hard to manage the expectations to avoid disappointment at the end of the conference. Main discussion point will be how to enforce the arms embargo.

Current view towards Erdogan regime due to Syrian incursion will likely weaken its position as the guardian of the Government of National Accord (GNA) and western militia groups. Khalifa Haftar and his leading military equipment and arms suppliers, UAE and Egypt, or other backers like France and Russia, may try and take advantage of that to re-promote Haftar, who lost his reliability with his offensive on Tripoli on the eve of a long-awaited UN-sponsored national reconciliation conference. Mediators of the conference shouldn’t allow Haftar to regain what he lost on the battlefield. Such a scenario will increase the resentment in Tripoli and Western Libya, which will maintain the military stalemate inside Libya.

The rejection of Libya’s GNA the decision of the Arab League to reduce diplomatic representation and cooperation with Turkey is no surprise. It depicts the alignment between the Erdogan regime and GNA. LNA’s statements related to the possibility of transfer of thousands of terrorists into Libya shows the rival alignment between Egypt-UAE and LNA. Additionally, news coming from Tripoli and Benghazi demonstrate the oppression on the Libyan people living under the government of both sides. In Tripoli, institution of ISIS-like regulations such as moral policing (hisba); in Benghazi, kidnappings and forced disappearances against critics of Haftar are clear indications that neither side deserves 100 % support, nor do they promise real democracy in line with the 2011 revolution against Ghaddafi. Lacking such a democratic actor at the negotiation table shows the problems in Libya are far from being solved in the short term.

On the other hand, it is promising to see that EU leaders, even though temporary, brought up a solution plan for sharing the irregular migrants saved in the sea. The reaction of Eastern Europe members is still a question mark, but the agreement among most western and southern European member states is a significant development. The proposal of Commissioner Dimitris Avramopoulos may preclude stranded migrants for weeks waiting to get permission for disembarkation to EU ports.