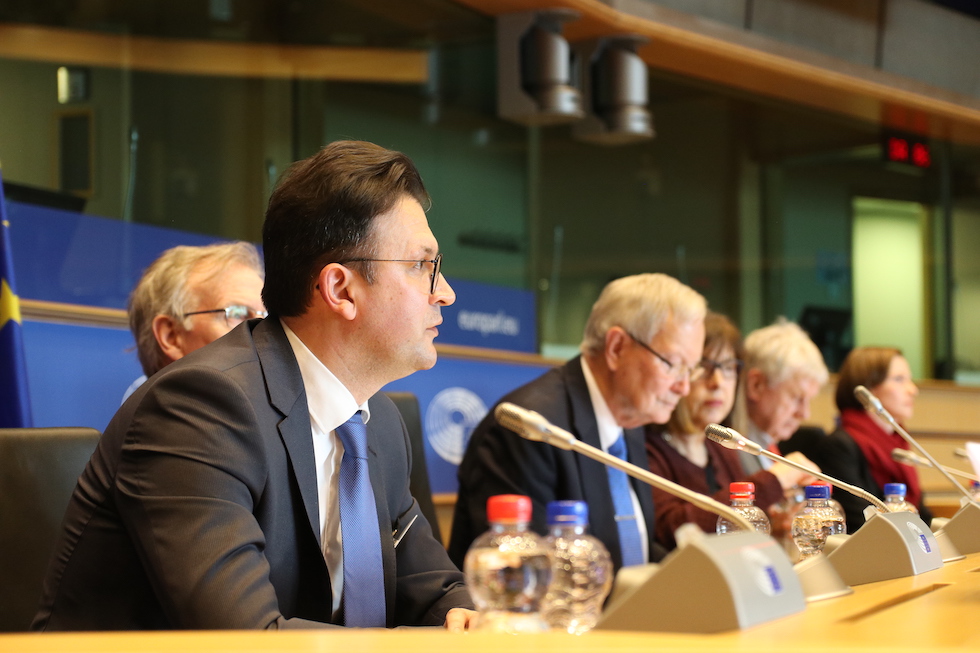 I would like to touch upon the global geopolitical challenge – temporary occupation of Crimea that will be discussed in the framework of today’s conference.

Since beginning of the so-called Referendum in Crimea in March 2014 which fully contradicted with the Constitution of Ukraine and was conducted at the barrel of a gun in hands of unmarked green man was a farce rightfully condemned by the international community.

Since that moment the EU and the Parliament firmly stands by Ukraine. Those days very strong political messages and decisions were communicated from Brussels to the Russian capital Moscow.

We appreciated very much the strong and comprehensive Statement of the EU High Representative Federica Mogherini made on March 17 about Crimea as well as welcomed EU Parliament Resolution passed last week on EU – Russia relations in which Russian authorities do not treated anymore as EU strategic partner.

Only comprehensive fulfillment by Russia all commitments and obligations within its membership in the UN, Council of Europe, OSCE and full restoration of Ukrainian territorial integrity into internationally recognized borders might become the precondition for possible dialogue between Ukraine and Russia and between Russia and the world.

Five years after illegal occupation of the Ukrainian Peninsula, the EU remains fully determined to peruse the policy of non-recognition and to increase political and sanctions pressure on Russian power. In concert with allies, partners, and the international community, Ukraine fully rejects Russia’s attempted annexation of Crimea and does whatever possible to maintain this policy until Ukraine’s territorial integrity is fully restored.

Unfortunately, in November 2018 Russia has gone beyond the annexation of territory in Crimea and is now claiming the Kerch Strait as national waters. Russia has once again broken international law—this time, by also blocking the access of Ukrainian ships to the Sea of Azov. By doing so, Russia is violating at least two legal foundations regulating the access to the Azov Sea through the Kerch Strait: the UN Convention on the Law of the Sea and a 2003 bilateral Ukrainian-Russian agreement in which both countries assured each other unhindered access to the Sea of Azov.

From our point, the right response to such aggressive actions should be on the table in Brussels: new EU sanctions and military support through a NATO presence in the Azov Sea.

* Mr. Andrii Nadzhos is Counsellor, Mission of Ukraine to the European Union