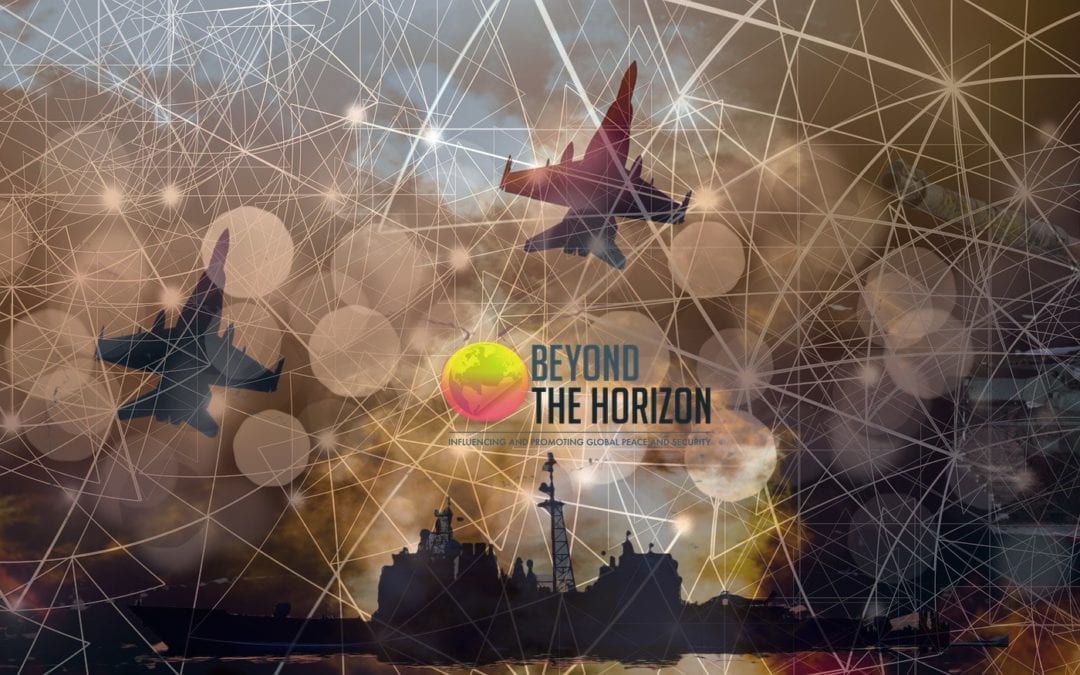 All spheres of life are affected by exponential technological innovation, especially in the digital domain. It has contributed to the democratisation of technologies, coming predominantly from the commercial sector, which could also be armed. Technological advances are also introducing new dilemmas around the military’s use of them.

Disruptive technologies are something that any researcher and practitioner of modern warfare is trying to understand and how they can influence the evolving conflicts of the 21st century. For centuries to come, the rapid advent of these developments in a way disrupts warfighting. The word disruptive technology was coined by professor Clayton M. Christensen of Harvard Business School in his 1997 best-selling book, The Innovator’s Dilemma. Christensen categorized new technology as being either enduring or destructive in two kinds. The incremental evolution of current technology is a sustaining technology. Disruptive technology, on the other hand, revolutionizes the industry, but poses risks because it is modern, untested and initially limited in reach.

Today, once again, the military and defence sectors face their own problems and dilemmas with emerging technology. Ben FitzGerald and Shawn Brimley described Disruptive Technology in the defence sector in a report for the Centre for New American Security as technology or a series of technologies applied to the particular problem in such a way that the symmetry of military force between competitors fundamentally changes, which then immediately outdates all actors’ strategies, doctrines and organization.

Science-based engineering, from fortifications to artillery and from communications to surveillance, has always assisted warfare. However, only after the Second World War, systemic state-funded research and development (R&D) for military purposes began and possibly culminated during the Cold War. Then, the “democratisation” of technological dissemination is encouraged by our networked societies. Highly qualified commanders use technology as a force multiplier in battle, enabling them to inflict more damage on the enemy or reduce harm on their side. Technological dominance has usually favoured victory throughout history but has never ensured it. In other words, the importance of technology in warfare is always proportional to the capabilities of the enemy.

In both traditional weapons and emerging technology, the application of these technologies to new means and methods of warfare is aggravating an arms-racing dynamic. Lower threats to the armed forces with armed UAVs and comparatively lower levels of physical aggression are likely to lower their usage threshold and the risk of conflict escalation. The rising use of UAVs and enhanced autonomy could lead to expectations of warfare free of casualties. Concepts such as “left of launch” missile defence may build “use it or lose it” mentalities for first attacks, crippling nuclear command and control systems through cyber means.

Nowadays, in addition to the UAVs and autonomous systems, in essence artificial intelligence, machine learning, quantum computing, and 5G are seen more disruptive. The AI idea dates back to the early 1950s, but until the last decade, technical progress was very slow. Then there were three key changes: the miniaturization of processors improved processing power; the spread of mobile and connected devices favoured the generation of enormous quantities of data; and, finally, the use of new forms of algorithms that took advantage of leaps forward in machine learning (and, in particular, neural networks) enhanced machines’ overall capabilities. The following tables present the potential impact assessed, the state and pace of progress, as well as the areas for focused research listed.

Of course, in particular, the possibility of fully autonomous weapons systems has raised a range of ethical, legal and operational issues. The possible use of LAWS is still constrained by technical and operational factors: while it is becoming ever easier to engage goals, the danger of miscalculation, escalating effects and lack of transparency seem to favour effective human control, all potentially challenging existing international norms and armed conflict laws.

Next-generation quantum technologies are evolving at a phenomenal pace, but among the four main lines of operation, defence and security applications are not advancing uniformly: communication; computing; precision; and sensing. Developments in quantum computing are mainly motivated by commercial interests, while defence and security interests are motivated by those in quantum sensing, communications and precision. There are significant and growing national investment levels, however, the emphasis remains primarily on commercial applications.

No doubt that, current spectacular breakthroughs in voice and face recognition (heavily dependent on AI) may further encourage subversion, while further sabotage may be encouraged by the nature of increasingly sophisticated adaptive malware. A competitive advantage can be gained by those states that can assess the infrastructure and requirements behind such activities. The possibility of AI deep fakes to spoof command and control or early warning systems has been posed by experts. They can also pursue what many call, “data poisoning,” intentionally altering the operational data on which AI runs causing undesirable consequences.

However, AI can also be used for identification, pattern recognition and simulation purposes, mirroring what is already done in medical science, all of which are potentially crucial in the fields of counterterrorism, civil defence and disaster response, as well as arms control (monitoring and verification). Furthermore, the digital age demands the development of “cyber deterrence” capabilities due to such phenomenal threats. Indeed, customized AI applications can provide improved intelligence, awareness of situations, interpretation and, possibly, decision-making. AI can also be used for realistic applications that are already widespread in the business sector, such as more effective logistics or predictive equipment repair, both of which play a very significant role in the military.

The selection of possible military applications of ‘narrow’ AI remains very appealing for the near future. However, investments will rely, with restricted public budgets, on the willingness to take financial risks and will likely be balanced against other modernisation and operational objectives. Technology can also be both a boon and a bane here, and it is not unlikely that the historical pattern in which labour-replacement technologies face more opposition than enabling technologies will be replicated. Moreover, many new technologies are also raising the level of the critical issue of what role human beings can play in determining why, when and how to employ these technologies. In other words, this fact will cause another surge in thinking concerning how to guarantee that humans remain a key part of the decision-making process, human-in-the-loop.

Lastly, in the next decade, one of the most important building blocks of our digital economy and culture will be the “fifth generation” of telecommunication networks, or 5G. It can not only provide connectivity to individual users, but also to linked items, with nearly universal, ultra-high bandwidth and low latency. As it will have real-time data collection and analysis, 5G will also be the “eyes and ears” of Artificial Intelligence systems. At the same time, it will push the “internet” to a new level by allowing processing and storage to be spread through the networks. Needless to say, with these features, 5G is likely to disrupt the character of great power competition and warfare as well.

As a result, it is likely that the next decade will be the most disruptive since the early 2000s. The exponential progress of autonomous and the robotic systems that are increasingly independent, the power of data processing technologies, the ability of additive manufacturing to implement a new industrial revolution and the probability of directed-energy weapons may change drastically the balance in great power competition; and the role of states and non-states in the game of thrones. The proliferation and availability of disruptive technologies will continue in order to boost the status of citizens, non-state actors and small military forces (See Figure 1 and 2).

All in all, emerging and potentially disruptive technologies are fundamentally challenging the manner in which deterrence, defence and, more generally, security strategies are formulated and enforced at national and multilateral levels. Size no longer matches with power, which means that technologically powered agility and speed of movement matter besides resources. Therefore, a smaller size can compete and successfully challenge a great power. New technologies not only determine how future conflicts are fought and won, but also may have disrupting effects on great power strategy and warfare itself. The rise of disruptive technologies in warfare inevitably puts the emphasis on the military revolution, which emerges as a new frontier for great power politics. In this regard, highlighting the effect of disruptive technology on war and warfare, I recommend special focus to be put on the disruptive technologies available, which are dual-use and powered by business entities and inventions. I believe that an overarching concept and strategy to define the requirements of products in military applications must be part of the transformation and modernization strategy of the armed forces run in close cooperation with the academia and corporate world.