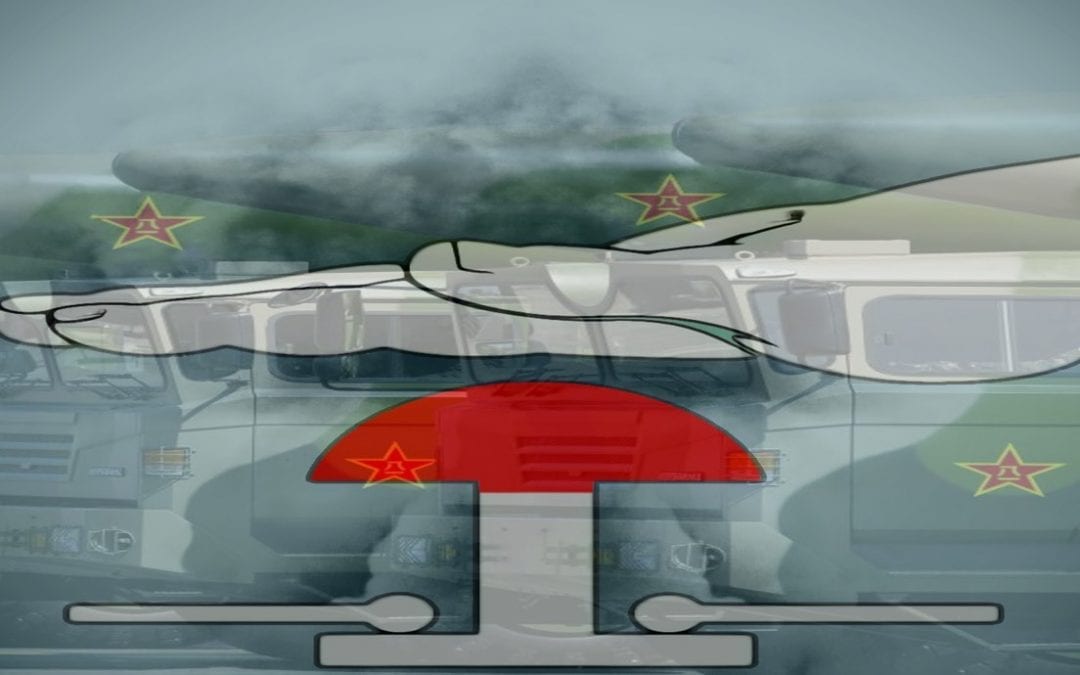 The Intermediate-Range Nuclear Forces Treaty is worth preserving and expanding.

In August, the landmark Intermediate-Range Nuclear Forces (INF) Treaty between Russia and the United States will terminate unless both sides can resolve their differences over the accord. The treaty prohibits American and Russian ground-launched ballistic missiles and cruise missiles with ranges between 500 and 5,500 kilometers, and it resulted in the elimination of about 2,700 such missiles. Since 2014, however, the United States has repeatedly noted that Russia had breached the treaty by testing its 9M729 conventional cruise missile to distances beyond 500 kilometers—Russia reportedly now has about one hundred such missiles. The Trump administration has also expressed concerns about INF-type missiles in China and other countries.

Administration officials have kept open the option, even though the chances appear small, of remaining in the INF Treaty if Russia comes back into compliance. They have also suggested bringing other countries into an INF-like treaty. In his State of the Unionaddress, President Donald Trump noted that “Perhaps we can negotiate a different agreement, adding China and others.” This issue was then raised by German chancellor Angela Merkel at the Munich Security Conference. Much earlier, in 2007, Russia had proposed, and the United States issued a joint statement with Russia supporting, a global INF.

A global INF Treaty appears to be viable, because most countries do not have INF-class missiles and could join it. There are still a few countries who may not join a global INF. While the size of their missile forces is unknown, available data suggests that the missile threat from them is not as extensive as assumed.

Globally, over thirty countries have missiles, but twenty only have short-range missiles with ranges below 500 kilometers. Most of those missiles are in the range of 120 kilometers, like the SS-21, or in the range of 300 kilometers, like the Scud missiles purchased from the former Soviet Union or North Korea. Another good example of short-range missiles are the American-supplied Army Tactical Missiles (ATACMs) with a range of 160–300 kilometers. These countries, along with dozens of others without missiles, and Britain and France, which have long-range nuclear missiles but no INF-type missiles, could plausibly join a global INF accord. Such an arrangement could then cover Europe, Latin American, Africa, Central Asia, and Southeast Asia.

South Korea, Taiwan, and Syria do not have medium-range missiles. Taiwan is reported to have two hundred to three hundred 200–300 short-to-medium-range ground-launched cruise missiles, and may be building another one hundred enhanced versions that can reach the medium-range threshold. Syria had several hundred short-range and short-to-medium range missiles, but depleted its inventory in its civil war. South Koreahas tested, but needs further testing before deploying, ballistic missiles with ranges of 500–800 kilometers; it could refrain from such testing as it pursues normalization with North Korea.

North Korea has hundreds of short-to-medium- and medium-range missiles, and has tested but possibly not deployed greater-range systems. If it continues nuclear and security talks with Washington and Seoul, then Pyongyang could maintain its moratorium on missile testing. This process could lead to gradual restraints on North Korea’s missiles—starting with long-range and intermediate-range systems, and then covering medium-range systems. Years ago, North Korea was willing to give up such systems during talks with the Clinton administration.

China’s conventional INF-class ballistic missiles include hundreds of short-to-medium-range missiles, mostly aimed at Taiwan, and an estimated one hundred medium-range missiles, some with high accuracy to target American aircraft carriers. In addition, China deployed its first brigade of intermediate-range missiles in 2016, and, if it has two to three brigades, it would have forty to sixty such missiles. China also fields a few hundred INF-class cruise missiles. If China restricts its missile deployments near their current levels, then it would have about 150 conventional ballistic missiles that can reach mainland Japan and about fifty that can reach Guam, which can be countered by missile defenses.

Saudi Arabia has thirty to fifty medium-range ballistic missiles acquired from China in 1987–88, which would be retired in a few years. Reports that it has a factory to build new medium-range missiles remain unconfirmed.

Iran has hundreds of short-to-medium-range and over a hundred (some sources indicate three hundred) medium-range ballistic missiles. UN Security Council resolution 2231 (2015) calls upon Iran “not to undertake any activity related to ballistic missiles designed to be capable of delivering nuclear weapons.” Building on this resolution, analysts note that Iran’s missile activities could be restrained in three ways. First, Tehran could adhere to its pledge to not develop missiles with ranges beyond two thousand kilometers, and accept measures to prevent circumvention, so that its missiles cannot reach most of Europe. Second, Iran could phase out medium-range missiles whose designs have nuclear capability or intent, such as the solid-fuel medium-range Sejjil missile that has not been tested since 2011, and versions of the liquid-fuel Shahab-3 and Khorramshahr missiles. Third, it could restrict inventories of other medium-range missiles, such as the Ghadr missile with a narrow nose-cone too small for a nuclear device. These initiatives may limit the number of Iranian missiles capable of reaching Israel to near one hundred to two hundred, which would be manageable for missile defenses.

The INF treaty is not only worth preserving but also expanding. It establishes norms against medium-range missiles and has proven verification mechanisms. These foundations make it easier to bring dozens of countries without INF-type missiles into a global INF. They can also assist dialogues with countries having INF-type missiles, so that such countries adhere as closely as possible to INF thresholds and their medium-range missile forces remain limited.

*Dinshaw Mistry is a professor at the University of Cincinnati and author of Containing Missile Proliferation.

Originally published as (Globalizing the INF Treaty) in The National Interest on 28 Apr 2019.  Reprinted with permission.