For Yemen’s Houthis, the status quo is the key to power 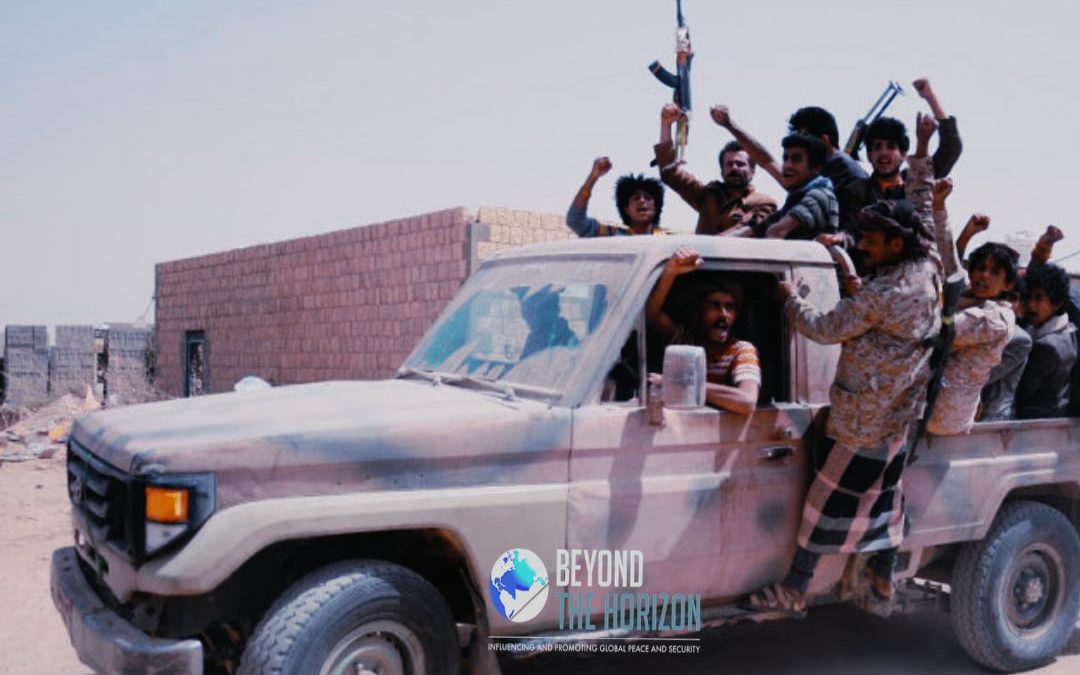 On Monday, March 22, Saudi Arabia’s foreign minister, Prince Faisal bin Farhan al-Saud, proposed an initiative to end the war in Yemen in an offer that addressed various long-standing issues that the Houthis wanted to resolve, including lifting land and sea restrictions, and allowing fuel and food imports to the Houthi-held port of Hodeidah. The initiative proposed engaging the parties to the conflict to find a comprehensive peace agreement. The problem, however, is that the Houthis have no incentive to accept any peace proposal for the time being because a resolution to Yemen’s war, at least for now, is at odds with their political and military strategy. The Houthi rebels have achieved a considerable amount of progress in advancing their political and military interests and are more interested in maintaining the current status quo than resolving the conflict.

The Houthi rebels have gained more influence and power in Yemen’s conflict as a result of several political events and tactical military measures that have played out to their advantage. On the political side, the Houthis have benefited from the change of administration in Washington, which lifted the terrorism designation of their movement. They continue to engage in U.N. processes that acknowledge and respect their presence as an armed non-state actor, a status that they seem to enjoy. And because most attention in Yemen is focused on the humanitarian catastrophe created by the Saudi intervention, the Houthis want the latitude to continue committing humanitarian abuses against the local population with impunity. Most of the political privileges that the Houthis enjoy today will cease to exist if they are not in power.

On the military front, the Houthis have tightened their grip on the areas they control and continue to go deeper into critical government-affiliated areas. This increased appetite for expansion can be traced back to the December 2018 U.N.-facilitated Stockholm Agreement. At that time, U.N. Special Envoy to Yemen Martin Griffiths brokered a deal between the internationally-recognized government of Abed Rabbeh Mansour Hadi and the Houthi rebels, which was centered on stopping Hadi’s government and his backers from taking back Hodeidah city from the hands of the insurgents. Hadi’s government has deemed the “liberation” of Hodeidah as one of the most critical issues and sacrifices that could be made for the greater good because it would have stopped the Houthis in their tracks and limited their power, forcing them to come to an agreement. However, the battle for Hodeidah was forecast to cause a humanitarian catastrophe in the country as all sides had prepared for months, with the Houthis allocating a large number of militiamen from all over their territories for the defense of the city. The outcome of this cease-fire had given the Houthis uncontested power and control over Hodeidah city and the humanitarian supplies that arrived through its port, some of which have ended up in the hands of their fighters.

Although the battle of Hodeidah was averted, the Stockholm Agreement was able to give the Houthis some breathing room as it enabled them to shift their strategy from defensive to offensive and redirect their efforts elsewhere. Steadily, local conflicts pushed on to al-Dhala mountains and then to the highlands adjacent to Hodeidah, resulting in the defeat of the tribes of Hajjour in a brutal display of power against the villagers. The fighting steadily progressed to Nihm and ultimately ended with a spectacular victory in al-Jawf last year, which devastated the morale of Yemen’s army and the entire country.

The Houthis’ war of attrition is enabling their rise

The Houthi rebels’ wins were dependent on their ability to create chaos. Their strategy was to open up multiple battlefronts in a war of attrition that depleted government resources and tested Saudi ground and air defenses. They were able to expand locally with little international attention to the levels of violence they imposed on the local population or the consequences of the destruction they generated. Following Stockholm, multiple localities in Hodeidah were shelled, entire villages were forced to migrate, political opponents were executed, and infrastructure was destroyed due to a series of military preparation and punitive action against opposing locals.

In the meantime, the Houthis’ brazen military incursion across Saudi borders caused Riyadh to prioritize border protection over ally protection. Many Yemeni army troops were deployed in areas surrounding the Saudi border, which are of extreme importance to the Houthis but less critical to Yemen’s government. Therefore, battles have been erupting since 2018 in the Houthis’ homeland of Saada in the districts of Kattaf al-Buqa, Baqim, Razih, and al-Zahir. Although it is not clear if these forces have been redeployed to the battle for Marib, it is evident that the Houthis have managed to carry out a successful military strategy with impunity.

It is also important to note that the Houthis’ increased drone attacks on Saudi Arabia followed Qassem Soleimani’s assassination by the Trump administration and promises by the Houthi leadership to avenge Soleimani’s death. This link is crucial to understand because Iran’s relationship with the Houthis has influenced the trajectory of the war, as Hezbollah operatives and Iranian Islamic Revolutionary Guards Corps officials helped the Houthis achieve their tactical political and military wins in Nihm and al-Jawf, and are undoubtedly continuing their support for the incursions on Marib. Iranian and Houthi positions are completely aligned, including in their initial rejection of the Saudi initiative. The Iranian ambassador to Sanaa, who is not recognized by anyone but the Houthis, has tweeted against the Saudi initiative, which has been met with criticism from Yemenis and foreign diplomats alike.

The current rate of expansion is advantageous for the Houthis. If they control Marib, they will be set to expand further into the heart of the South toward the Gulf of Aden to control the Bab el-Mandeb Strait, a critical maritime chokepoint that they have been trying to reach for years. Although gaining control of Yemen’s South would be a challenge for the Houthis, given the thousands of Emirati-trained troops in the area and the regional animosities between southerners and the Houthis, they have demonstrated that they can continue fighting their war of attrition with very little consequence to their central leadership and command. As such, they will continue exploiting all opportunities that could give them leverage against both the Hadi government and Saudi Arabia.

The Houthis’ theological approach stands in the way of peace

The Houthis have made it clear that they do not share power. They have rejected participation in Yemen’s National Dialogue Conference, refused to sign the U.N.-sponsored peace agreement in Kuwait after months of talks, and made grave errors among local tribes, either fighting or coercing them to accept their mode of governance. They have demonstrated that the majority of their alliances are short-lived such as in the killing of their one-time ally, President Ali Abdullah Saleh. They have realized that refusing initiatives and asking for more in any given circumstance is an investment that pays huge dividends and they will continue until compelled to do otherwise.

Moreover, the Houthis’ vision for Yemen is deeply connected to their theological understanding of Islam and their extreme interpretation of a certain branch in their Zaydi sect that gives priority in governance to descendants of the Prophet Muhammad, also known as Ashraf. This belief is rejected nationwide in Yemen not only because it is discriminatory, but also because it has proven to be the cause of grave injustice and cruelty in Yemen’s history. The Houthis’ emphasis on this sectarian aspect as an exclusive right of the Ashraf elites who share the prophet’s bloodline has already led to the appointment of Ashraf in the majority of state institutions and the coercion of millions of people living under their control. A peace agreement that does not acknowledge the Houthis’ absolute right to govern Yemen, or at least grant them a special status in the political future of the country, will be a difficult proposal for them to endorse.

For the time being, the Houthis’ best move is to maintain the status quo by upping the ceiling of their demands, maintaining an emphasis on the Saudi role in the conflict, and continuing their military expansion and violence in order to negotiate from a position of strength. Given the new Biden administration’s priority for peace and the presence of a new U.S. envoy for Yemen, the Houthis realize that there is now more potential to achieve their long-term goals than ever before. Failing to understand that the Houthis have played the long game will undoubtedly pave the way for a non-inclusive Yemeni future that would end with the establishment of a theocratic Houthi state.

* Fatima Abo Alasrar is a Non-Resident Scholar at the Middle East Institute.

This commentary was first published in The Middle East Institute on March 25, 2021.