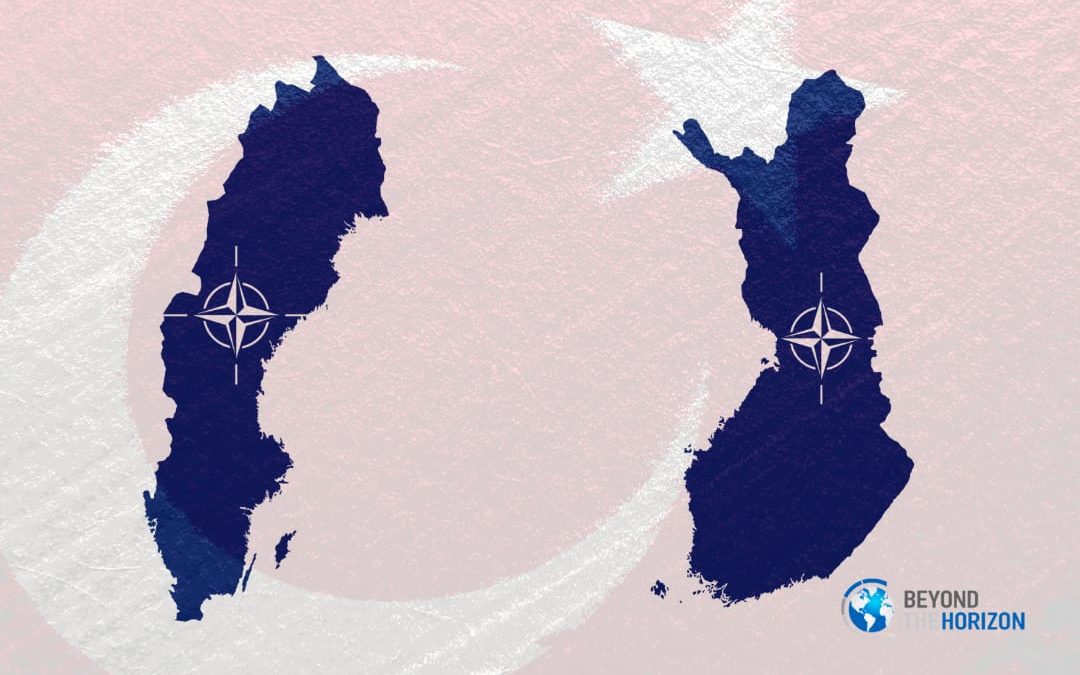 While the discussions and musings on “strategic autonomy” after Brexit flooded corridors of EU, the brutal invasion of Ukraine by Russia brought back memories of Cold War. The war unleashed all sorts of strategic thinking at EU, NATO and European capitals. Naturally, the countries that felt most the threat were those in proximity.  The war fuelled so much anxiety in Finland and Sweden that both countries neighbouring Russia and Ukraine officially applied for membership to NATO on 18 May. This was a step too far that was not taken during the Cold War not to provoke Russia. But, Vladimir Putin’s intentions, destabilized by constant military setbacks in the Ukrainian theatre, have become increasingly unclear, although his endgame becomes clearer now.

To be prepared for the worst, the two nations opted for entering under NATO security umbrella as an optimum solution for this challenge.  The number of NATO supporters considerably low in both countries before the war is a far cry from what we observe now. Statistics show a consequential increase in popular support in both countries. In Sweden for example, rate of popular support for joining NATO was 28% in April, 2014. This figure rose to 58% by May 2022. A poll conducted in March 2022 indicates that 62% of citizens from Finland support NATO membership. This is an exceptional increase from a poll conducted two weeks earlier, showing 52% support.

It should be noted that Finland’s decision to apply for NATO was backed also due to its long history of conflict with Russia. If happens, the country’s membership will have particular implications as it shares a 1,340 km border with Russia. Finland being part of NATO would mean extension of NATO-Russia borders with just as many kilometres.

Both Sweden and Finland could be valuable members of NATO due to the fact that both are functioning democratic countries with solid military capabilities, as demonstrated by their respective defence expenditures compared to GDP. For Finland, the percentage is 1.96%. This sets the country in a stronger defence position than half of the current Allies who are below 1.5%. Both countries could add valuable military power to NATO, with Finland ranking 53 and Sweden 25 out of 142 in the world strength military chart. In 2020 Sweden, security expenditure stood at 5.5 billion Euros according to Bussiness Wire. The Swedish Security and Defence Industry Association recorded 100 companies and 33.000 workers operating in the defence sector.

Both Sweden and Finland have partnerships with NATO and have cooperated with the organisation in the past. Even without being official members, they participated in NATO operations. Troops from both countries took part in NATO’s mission in Kosovo and contributed to the International Security Assistance Force in Afghanistan. Sweden also joined NATO’s operation in Libya in 2011. This leaves little need for attaining interoperability.

For Sweden and Finland to become members, NATO allies must vote in unanimity, followed by a series of procedures that would verify if the candidates in matter meet all the conditions to be part of NATO. During the NATO Summit in Madrid 29-30 June, all NATO members gave their approval for the two countries to join the organization, but this is just the beginning of a long process of admission. According to NATO, all countries willing to become members have to fulfil a series of requirements that have to be confirmed throughout the process of admission. This process has kept Ukraine, Bosnia and Herzegovina, and Georgia in waiting for at least 10 years.

We reaffirm our commitment to NATO’s Open Door Policy.  Today, we have decided to invite Finland and Sweden to become members of NATO, and agreed to sign the Accession Protocols.  In any accession to the Alliance, it is of vital importance that the legitimate security concerns of all Allies are properly addressed.  We welcome the conclusion of the trilateral memorandum between Türkiye, Finland, and Sweden to that effect.  The accession of Finland and Sweden will make them safer, NATO stronger, and the Euro-Atlantic area more secure.  The security of Finland and Sweden is of direct importance to the Alliance, including during the accession process.

Looking at the losses and poor performance of its military, chances of a conventional Russian offensive against either of the applicants before they become full members is low. To address all contingencies, alongside inviting both Finland and Sweden to accession, NATO deters Russia from any such aggression, stating: “The security of Finland and Sweden is of direct importance to the Alliance, including during the accession process.”

NATO Accession process, in line with the Article 10 of the founding Washington Treaty and the Alliance’s “open door policy” is initiated by invitation to respective countries to join the Alliance which can solely be based upon consensual decision taken by the North Atlantic Council. Following steps can be listed as follows:

Finland and Sweden are at the fourth step in this procedural ladder. In more concrete terms, NATO Allies should now ratify amendment to additions to the founding Washington Treaty. These additions include accession protocol for both countries. As initial spats with Croatia and Turkey seems to have been resolved, the accession can be expected to take place soon.

The possible expansion of NATO at such magnitude in Europe and the summit’s goals show how critical the politico-military situation is on the Old Continent. The preface of the NATO 2022 Strategic Concept reads: “The Russian Federation’s war of aggression against Ukraine has shattered peace and gravely altered our security environment.” This is the most open avowal of the end of Mearsheimer’s unipolar moment. In the run-up to reach a balance in a new bi-polar or multi-polar world, we will continue to see balancing, bandwagoning, saber-rattling, re-positioning of military forces across different power blocs, and struggle in military, cyber, land, sea, air, space and economical domains.