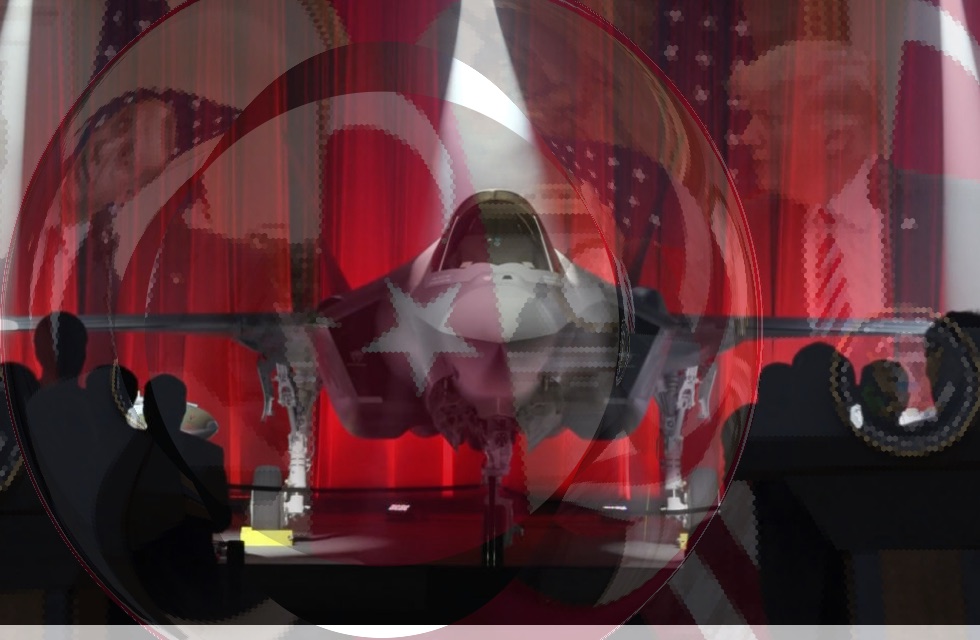 The deepening rift between Turkey and the U.S. has spiraled into a full-blown crisis over the trial of pastor Andrew Brunson, who was held under pre-trial detention for 21 months in a Turkish prison until he was transferred to house arrest on 25 July 2018. Brunson was charged with “espionage” and “supporting terrorist groups” in Turkey. The change to house arrest took place after threats of sanctions by U.S. policymakers. However, Trump administration seems determined to impose sanctions if Brunson is not allowed to return to U.S. and Turkey does not cease harassment of U.S. citizens and locally employed embassy staff in Turkey. In this regard, on 26 July 2018 the U.S. Senate Committee on Foreign Relations passed a bill restricting U.S. loans to Turkey. The U.S. Senate also demanded a block on sales of F-35 jets to Turkey on the grounds that Turkey is threatening the security of NATO Alliance by purchasing S-400 defense systems, which is deemed incompatible with NATO Ballistic Missile Defense (BMD) system and that Turkey is detaining U.S. citizens without substantial evidence of wrong doing. The real concern with regards to possible Turkish procurement of S-400 air defense system is alleged to be the risk of Russian access to NATO confidential information through the S-400 system.

In accordance with aforementioned steps, annual defense authorization bill for fiscal year 2019 under review stipulates various sanctions including removing NATO-ally Turkey from participation in the F-35 program. The bill calls on Pentagon to present a detailed report to Congress within 90 days evaluating the impact and the consequences of the U.S. removal of Turkey from the F-35 program and its purchasing of Russian S-400 air defense systems. Turkish government vowed for reprisals if the bill passes and pledged to resort to international arbitration and to look for alternatives.

The F-35 program, the most expensive military program ever with a cost of $400 billions, has so far received negative feedback that the cost is not commensurate with the gained combat effectiveness. Still, Turkey plans to acquire 100 F-35s and has been actively involved in the F-35 program from the beginning, being one of the largest customers up to now. Turkish defense contractors are also involved in the production of certain components of the aircraft with at least 10 Turkish companies building parts and components, such as the cockpit displays.

Amidst those dense controversies surrounding the sale of F-35s to Turkey, Lockheed Martin hosted the roll-out ceremony on June 21, 2018, at its plant in Fort Worth, Texas. Turkish pilots had earlier arrived at Luke Air Force Base (AFB) in Arizona, U.S. in order to start flight training with two F-35 fighter aircraft.

In the meantime, a heavy political quarrel between U.S. and Turkey has been straining the relations to historical lows in the last two weeks. Lately, a demand by the lawyers of Andrew Brunson for an appeal to be released from house arrest was rejected by the court on Tuesday, July 31. U.S. reacted strongly the next day. U.S. Treasury Department announced sanctions on Minister of Justice and Minister of Interior for their role in or in the process leading up to the detainment of U.S. pastor. Hours later, U.S. Senate announced its decision to block the sale of F-35 to Turkey, which is further subject to the signature of President Trump.

Independent from political developments, U.S. cites technical reasons for blocking the F-35 program. According to U.S. Administration Turkey’s relationship with Russia endangers NATO. Turkish Undersecretariat for Defense Industries wants to connect F-35 systems with the Turkish Air Force Information network. According to U.S. officials, if the S-400s are connected to the same information network, it’s possible that the data collected by the aircraft sensors may end up being transmitted to Russia. From NATO perspective also, S-400 systems will have no chance of being integrated into NATO BMD system.

To dissipate such concerns, Turkish Defense Minister stated that the system would not be integrated to NATO BMD system but would operate independently. From U.S. statement that F-35’s confidential information could be jeopardized if S-400s were sold to Turkey, we induce that this is technically not so possible. Even though the air defense system is not connected to NATO system, it will perfectly continue to be connected through another element, the aircraft.

The most recent developments show that U.S. concern about Turkey’s purchase of S-400 systems from Russia and its bad treatment towards U.S. citizens in Turkey has reached a point where it is not any more possible to be downplayed. It is not possible to explain such a loud U.S. reaction to a NATO Ally otherwise.

On the other hand, Turkey has been keeping the option of denying Incirlik Air Base to U.S. Forces on the table for a long time. Current Turkish administration is more than brave about taking big risks. What happens next will be more dependent on political negotiations taking place currently between sides. It is still not possible to say anything about whether Turkish participation in the F-35 program and the related training activities at Luke AFB will continue until Trump decision about approval becomes clear.

Besides blocking the F-35 program, there are other sorts of sanctions U.S. holds at hand. If diplomatic remedies are exhausted, U.S. Administration may start implementing strong sanctions against Turkey. Ultimate decision will depend on Turkey’s approach.

It is highly likely Turkish government will question U.S. use of Incirlik Air Base close to Syrian border and further reorient itself towards Russian axis confronting U.S. regional priorities and interests.