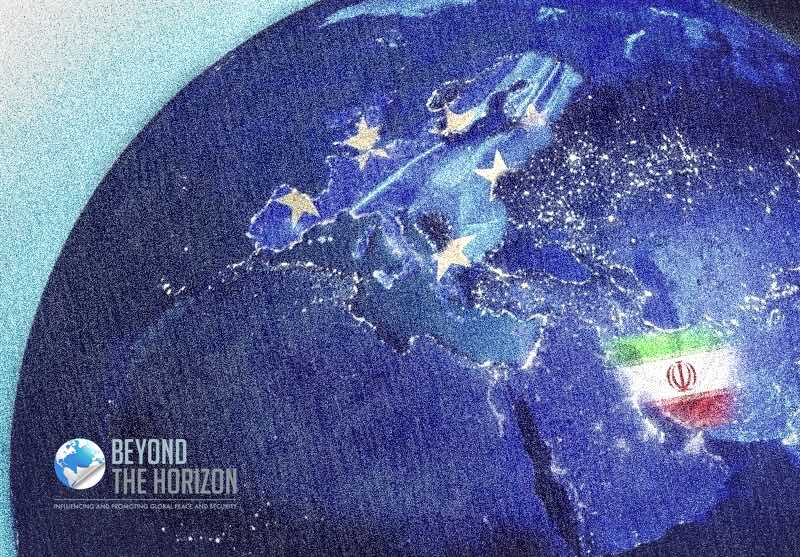 In spite the geopolitical escalation and fiery rhetoric between the West and Iran in recent weeks, there are indications that lines of communications remain active with some hope of a window of opportunity opening to a new phase of negotiations and some sort of historic bargain.

But the recent turmoil also represents a strategic test of whether the will of leading European powers, and for that matter that of China, Russia and other Iranian energy customers including India or Japan, can overcome the global political-economic leverage of Washington.

The latest episode of domestic unrest and repressions throughout Iran in recent weeks also appears to have seriously jeopardized the prospects for internal reforms in the forthcoming Iranian legislative elections and outlined the specter of further clampdown by ultra-reactionary forces or outbreak of civil war.

In the aftermath of mounting international political, security and economic tensions that provide a foreboding background, informed sources also point toward ongoing diplomatic contacts and even backchannel talks underway that came within reach of another historic breakthrough.

One example cited was the December 7 exchange of prisoners announced by the US and Iran to provide a ray of hope in otherwise confrontational climate.

US renunciation of the Joint Comprehensive Plan of Action (JCPOA) nuclear accord, the re-imposition of US sanctions, continuing military faceoffs in the Persian Gulf, Iran missile tests and renewed rioting throughout Iran provide a cataclysmic backdrop to any such optimistic forecasts.

But some analysts instead persist they also provide crucial “carrot-and-stick” incentives to negotiations that could eventually lead to a successor to the much-maligned and compromised nuclear agreement negotiated between Iran and major Western powers, China and Russia.

There exist still some expectations in Europe, where the Trump Administration’s rejection of the JCPOA was a bitter blow since the accord, after more than 12 years of intense negotiations, was seen as one, if not the only, major foreign policy achievement of the European Union’s foreign policy. In Brussels and the three major EU capitals, it was felt that they bore the brunt of the Western negotiating leadership with Tehran, which ultimately found support in the Obama Administration.

Since the US renunciation of the JCPOA accord in May, European efforts by its big three members have frantically sought to signal both concessions and concerns to Tehran. Virtually simultaneously they have sought to foster economic links while voicing alarm at Tehran’s repression of demonstrators, general human rights violations and continuing nuclear and missile developments.

A source who claimed to be close to the talks said more recently that a two-hour telephone conversation in September between French President Emmanuel Macron and Iranian President Rouhani when Macron proposed a $15 billion credit to compensate Iran’s loss of energy and other export revenue resulting from the sanction, “came that close” to an agreement. The contacts were also a continuation of those developed as a result of Foreign Minister Javad Zarif’s surprise visit to the G7 summit hosted by France in Biarritz in late August.

An increased number of European states have also joined a “special purpose vehicle” established as INSTEX barter trade mechanism to circumvent the virtual hegemony of the US dollar in international transactions, by substituting an alternate “oil-for-goods” circuit.

But such economic inducements, including humanitarian shipments, would have to be weighed against catastrophic drops in trade, withdrawals by top European firms such as TOTAL, and others, including even China’s National Petroleum Company, or mounting inflation that provoked the Iranian domestic demonstrations. An informed source indicated that although major international companies are deeply concerned about being punished for breaking US sanctions if they are also present in the US market or using the dollar in international trade, they were also seeking more transparency over the connections of their Iranian partner companies and the country’s extensive but opaque links with military, religious and other political entities which are present in much of the Iranian economy.

Iran has already secured $10 billion in loans from China, its biggest trading partner, and $5 billion from Russia, as well as prominent roles in China’s Belt-and-Road initiative and Russian energy and other undertakings.

But as long as European and other multinationals are petrified at the US sanctions shutting them out of the lucrative American marketplace, little relief would seem to be in sight.

The remaining signatories of the JCPOA, the three top EU members and China, Russia and Iran met in Vienna in early December as the pact’s Joint Commission to draw conclusions.

Given the toxic spiral of developments and discourse in recent months, however, it seems almost surrealist to hold out any optimism for the future. To some in the West, the end of the tunnel would an “Arab Spring” type uprising in Iran. These discount the vision of that triggering a takeover by Iranian hard-liners aligned with the Guardians of the Revolution, religious autocrats and rentiers of the existing Iranian economic establishment.

It is that economic model, based on the country’s energy exports, which has been neutralized by the US Trump Administration’s “maximum pressure” economic sanctions which has undermined Iran’s version of the welfare state for elites, clergy and war veterans to the point that cities throughout the country were gripped by protests by the most vulnerable sectors of the population, that included many of the 40 percent of the population under 30.

The US sanctions and the accompanying extraterritorial pressure by Washington on its allies and much of the rest of the world, as well as the related deployment of various coalitions of maritime armadas to police nearby waters, amounts to the threat of a virtual total blockade of Iranian the short term.

To some exile Iranian circles in Europe, that and the threat of more domestic unrest leaves little space for the leaders of Iran’s Islamic Revolution and its evident inability to live up to its ideal of serving the poor, except to seek some sort of international compromise that would ease the pressure.

Headline-grabbing soundbites from both sides give the obvious impression that moderation is not an option on any agenda. But, as some of the more optimist exiles indicate, both Supreme Guide Ayatollah Khomeini and President Rouhani have declared they would be open to new negotiations beyond the JCPOA, on the conditions that sanctions against them were removed.

Europeans and Americans have different starting points and positions on sanctions, it has been pointed out. Europeans have also publicly continued to meet and negotiate with their Iranian counterparts, including a forthcoming round scheduled in the coming weeks.

What has not been made public to date, if true, are also purported secret backchannel talks between Iran, including more hardline elements, and the US.

Whether these desperate diplomatic and military maneuvers succeed in avoiding possible kinetic exchanges between US, Iranian, Israeli or non-state proxies would seem against all odds even against worst-case military options of last resort.

Another over-arching question is whether any agreement with the current American leadership would be worth the paper it is written on.