EU in Focus: The EU and the Resurgence of Far-Right 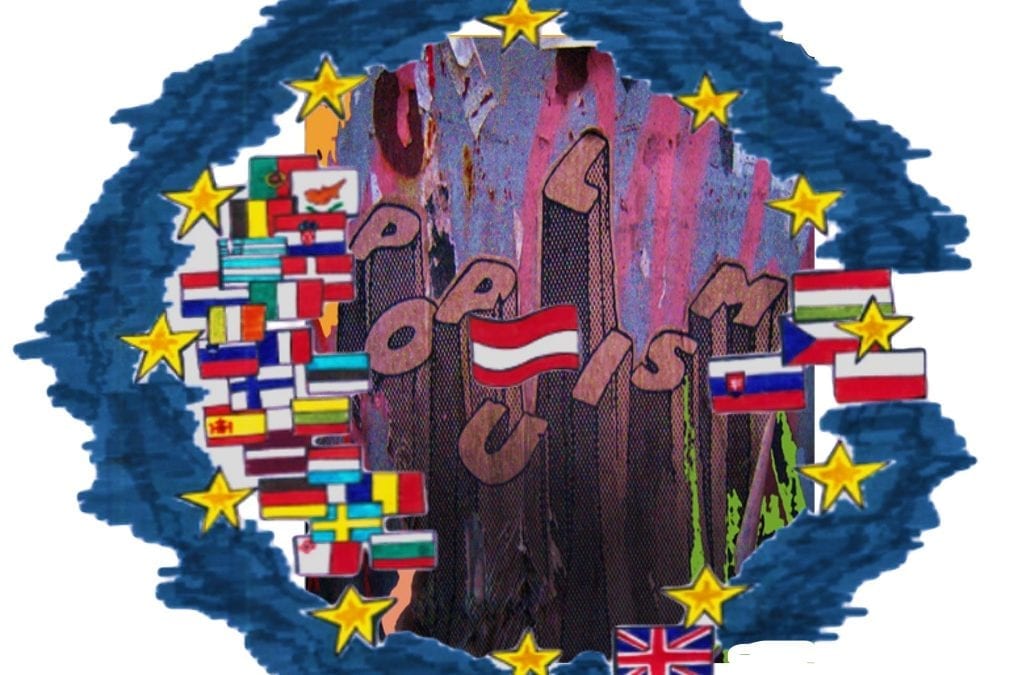 The far-right parties are not recent phenomena in the old continent. Following the catastrophe of the second world war, mainly caused by the far-right, nationalist and fascist parties, it became a practice, maybe with some exceptions, not to have them in governments even as coalition partners. In such an exception, Austrian Freedom Party (FPÖ) formed a coalition government with the center-right Austrian People’s Party (ÖVP) in 2000s. The EU was swift to implement sanctions to Austria, a relatively new member state back then, finally forcing the latter to give in. In fact, these far-right parties have never ceased to exist, they were always there, but dispersed, ineffective and marginal within the political landscape.

Not anymore… FPÖ has recently born from its ashes and formed a coalition government with ÖVP, again. This time, let alone being subject to sanctions, this coalition government took over the EU Presidency and coordinated the Union’s agenda in all policy areas, such as migration, multilateralism and human rights. For the moment, FPÖ is not alone and has many sister parties all over Europe. They are very effective in policy making and -if not in power- in policy shaping.

In Poland, for instance, the Law and Justice Party (PiS) has been dividing the Polish population through majoritarian and populist policies since the elections in 2015. Furthermore, PiS is constantly undermining the judiciary and the rule of law (RoL) through amendments to the laws and the constitution which regulate the courts and their procedures. Lastly, in a controversial step, it has forcibly retired one third of the judges of the High Court by merely reducing the retirement age from 70 to 65. Good news is that the judges returned to their work following the European Court of Justice verdict as Poland abode by without further escalating the already tense situation.

Hungary has also shifted to a more populist and nationalist -or say- autocratic politics for long. PM Viktor Orban is persistently suppressing the journalists and the media as well as forcing the media outlets to close or simply taking over their control. Through promoting xenophobic, anti-migrant and anti-Semitic discourses, he even dismissed a university founded by Mr George Soros. Though his practices are entirely contrary to the core EU values and he continuously challenges the EU, the latter has been lacking till now to turn him away from his way despite the obvious discontent of some top EU officials. While the European Parliament (EP) took the initiative for an infringement process, the way is far too long and hard for the EU to use the sticks. Hungary, Poland and maybe other member states will probably back each other in such a European Council where any punitive measures could be taken unanimously.

On the other hand, it is not only the far-right parties that spoil the mainstream politics. It is also the mainstream right parties which lack in producing proper policies to counter the far-right, nationalist rhetoric. Failing to do so, they mostly drift away from the center by adopting themselves to more nationalist, anti-migrant and inward discourse in order not to lose votes. This is the case, for instance, in France, Germany, Belgium, Netherlands, Denmark and even Sweden.

Moreover, this toxic rhetoric ruins not only the national politics but also the overall EU unity and solidarity. It becomes especially evident in the case of migration policy. The strict and persistent anti-migrant discourse and politics of certain countries lack the decision-making process of the EU. Following last week’s European Council meeting, Belgian PM Michel suggested ousting Visegrad countries (Hungary, Poland, Czech Republic and Slovakia) from Schengen as they blocked reform on EU’s migration policy. Another case was observed in signing the United Nations (UN) Migration Compact. While it was signed by over 160 countries, Austria declined -thus encouraged other EU member states- to be part of it. At the end, the number of EU Member states who did not sign the pact arose to eight (Austria, Czech Republic, Bulgaria, Hungary, Latvia, Poland, Slovakia, Italia). It should be noted that the EU was the initiator as its member states are the most affected from migration and Austria was holding the EU Presidency at the time, thus expected to play a unifying role within the EU. Conversely, it played a spoiling role.

Taken together, far-right parties are not marginal and dispersed anymore. Their policies are ruining the national political landscape and undermining EU’s unity and solidarity. They are gaining power all over the EU, challenging and derailing the mainstream parties and politics at a time when the EU has a bunch of challenges ahead. Brexit is as vague as its outset, Russia is continually testing the EU and its unity with moves across the geopolitical or cyber landscape and the US, an important partner, is disengaging from the EU and isolating itself. The situation is aggravated with the absence of true leadership as the big three (UK, France and Germany) struggle with their internal leadership challenges.

Regrettably, there is no easy answer to this. Still, it is evident that the EU, the member states and the mainstream political elite have to be more vigilant and proactive as well as resilient, and they have to produce proper far-sighted policies to counter the far-right, anti-migrant discourse.