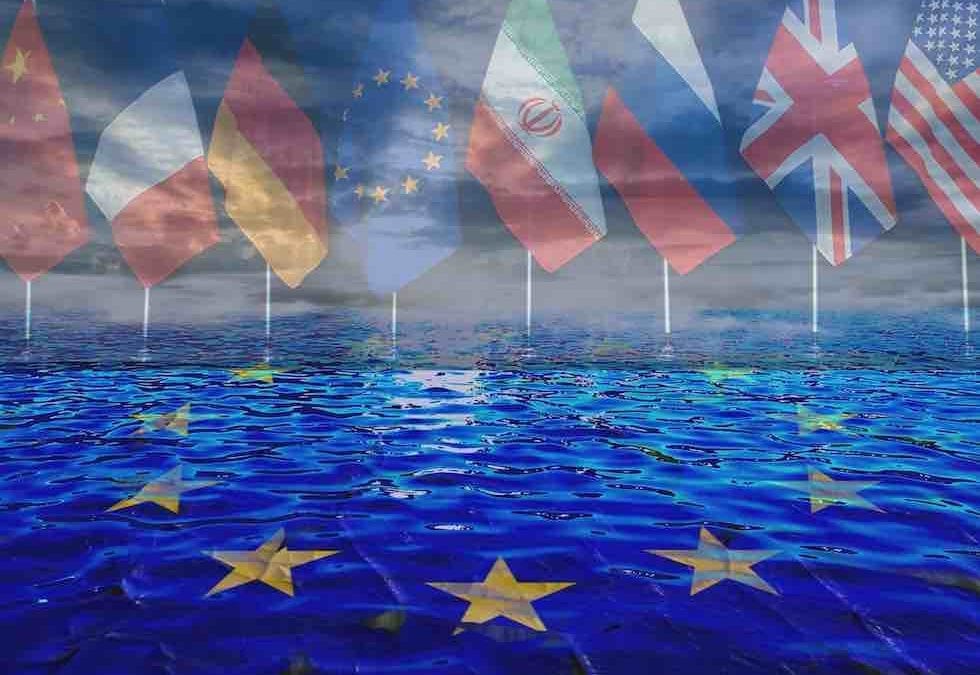 It was clear from the outset that this month’s Foreign Affairs Council (FAC) would be one of the longest as stated by the High Representative/Vice President (HR/VP) Federica Mogherini. The agenda was full, including controversial items like Joint Comprehensive Plan of Action (JCPoA) with Iran and relations with Turkey.

JCPoA is an effort not only to normalise relations with Iran but also to increase stability and security in the region at large, following tough negotiations. Permanent members of the UN Security Council (France, UK, Russia, China and the U.S.) and Germany as well as the EU in a coordinator role, inked the deal with Iran in order to limit, control and in some instances reduce Iran’s nuclear related assets for a certain period of time. JCPoA was endorsed unanimously by UN Security Council Resolution 2231 and International Atomic Energy Agency (IAEA) was tasked to monitor the facts on the ground with unlimited access to Iranian nuclear facilities. In return, nuclear related sanctions to Iran would be waived to provide breath to Iranian shrinking economy.

However, the decision of the US to withdraw from the agreement on May 2018 and re-impose sanctions on November later that year complicated the implementation of the deal. In one of a rare show of unity, the EU backed the deal and was swift to support this policy by deciding to set up a special purpose vehicle (SPV) to by-pass US sanctions. This vehicle, later baptised as Instrument in Support of Trade Exchanges (INSTEX), is in fact not an EU asset per se. Officially founded on January 2019 by France, Germany and UK as a private entity to facilitate its shareholders’ “legitimate” non-dollar trade with Iran, it is available to all EU Member States and in principle, to the interested third states.

The UK’s active participation is telling in that INSTEX manifests a policy transcending the EU to a European one (considering BREXIT and UK’s strong and special transatlantic bond). Politically united, JCPoA and operationalisation of INSTEX became a regular agenda item in the Council meetings. Furthermore, the EU chairs the Joint Commission of JCPoA as the coordinator which was set up to oversee the implementation of the deal by the signatories (excluding the US after withdrawal).

Though this united and seemingly swift reaction, the EU is still far from being resolute in its actions. Iran criticised the EU several times for delaying its commitments and the launch of INSTEX. It is not crystal clear whether Iran is very impatient on the implementation of the deal or the EU is legging its feet and moving hesitantly. Yet, the fact is that INSTEX became operational and execute its first transactions within 5 months after its foundation.

Iran, not satisfied with the pace of the developments, declared that it would no more bound to the restrictions of the JCPoA within 60 days unless the signatories deliver their promises. The EU rejected Iran’s ultimatum of non-compliance and underestimated Iran’s continued statements to that end. However, following 15 consecutive reports manifesting that Iran had complied with the agreement, the most recent IAEA report confirmed that Iran was enriching uranium above the maximum allowed limits. Waken and shaken by the reality, the EU and the founders of INSTEX “express deep concern” in a joint statement.

After 4 years of its signature in 2015, it’s « ne pas en bonne santé, mais encore vivant » (not healthy, but still living) stressed Mogherini at the press conference following FAC. She insisted that Iran should turn back to its commitments and abide by JCPoA taking into account that the remaining signatories still bound to the deal. She was as realistic as a politician can and underlined that the EU and the signatories are aware of the fact that they could not compensate the whole effects of the US sanctions, rather they would do their best to mitigate them. As a further carrot, she told that covering Iran’s oil trade within INSTEX, which is  a real concern for Iran, has been discussed at the meeting (10 Member States are participating at the moment).

On the other hand, she refrained aptly from questions related to the operationalisation of INSTEX and Iran’s satisfaction thereof. Mogherini didn’t answer the question on how much money transferred on INSTEX transactions on grounds of protection of commercial interest nor on which third states showed interest to participate, leaving it them to disclose themselves. This lack of information hinders reasonable analysis on whether Iran wants a pie in the sky or its concerns are justifiable. Still, her confess on the need to expedite operationalisation of INSTEX could be considered as a covert acknowledgement of Iran’s as well as her dissatisfaction.

Though some reasonable concerns of the US such as the non-inclusion of ballistic missiles in the deal, JCPoA continues to be one the key constituents on the global nuclear non-proliferation architecture. It is still to be seen what would the EU do if Iran continues to “reduce its implementation” to the deal, yet the Council declared that the EU’s commitment to JCPoA depends on full compliance by Iran.

All in all, the EU’s interest is to de-escalate the tension in the Gulf, to continue its trade with Iran and to open an autonomous space to act while never abandoning the stick to Tehran. It is complicated to obtain a balance in acquiring (strategic) autonomy whereas preserving its transatlantic bond, especially in these hard times.

* Research Fellow at Beyond the Horizon ISSG