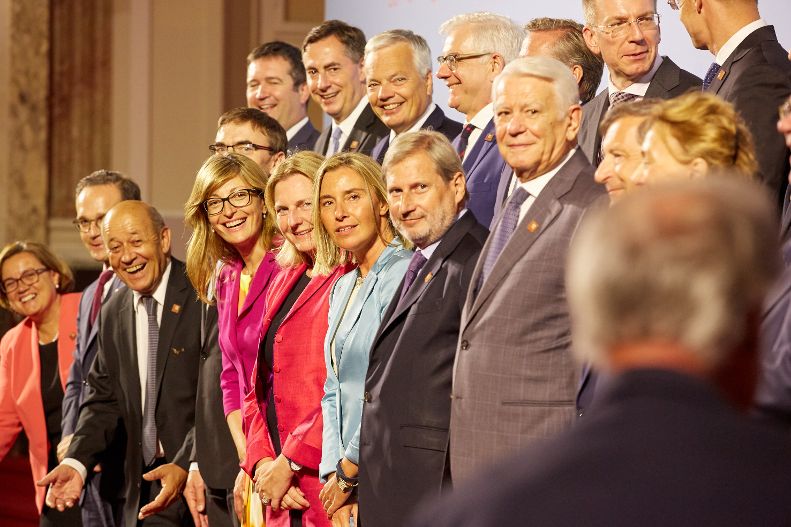 The Informal meeting of defense ministers focused on the EU’s security and defense agenda, with a particular focus on five issues:

Additionally, Austrian Defense Minister Mario Kunasek presented an Austrian non‑paper on the Austrian assistance model and the possibilities to apply it in the management of EU external borders.

In the margins of the meeting possibilities for further cooperation with NATO and the UN were also on the agenda. NATO Deputy Secretary-General Rose Gottemoeller and UN Under-Secretary-General for Peacekeeping Operations Jean‑Pierre Lacroix also participated to the working dinner.

During the Informal meeting of ministers of foreign affairs a very dense agenda was discussed such as current developments in the Middle East, the Joint Comprehensive Plan of Action (JCPOA), transatlantic relations and possibilities of cooperation regarding de-nuclearisation of North Korea. The working session on effective multilateralism took place together with the EU partner countries: Albania, the former Yugoslav Republic of Macedonia, Montenegro, Serbia and Turkey.

In short; PESCO continues to accelerate with 30 new projects. The EU is trying to enforce building up military capabilities and integration through projects such as MPCC and EPF, which are progressing gradually. Despite positive decision towards continuation of Operation Sofia, divergence about disembarkation ports are ongoing. EU is trying to take measures to provide participation of UK into EU projects by accelerating multilateralism. Land swap issue between Kosovo and Serbia continues to cause sensitiveness.