Does the EU move away from EU Green Deal in the wake of the Ukraine war? 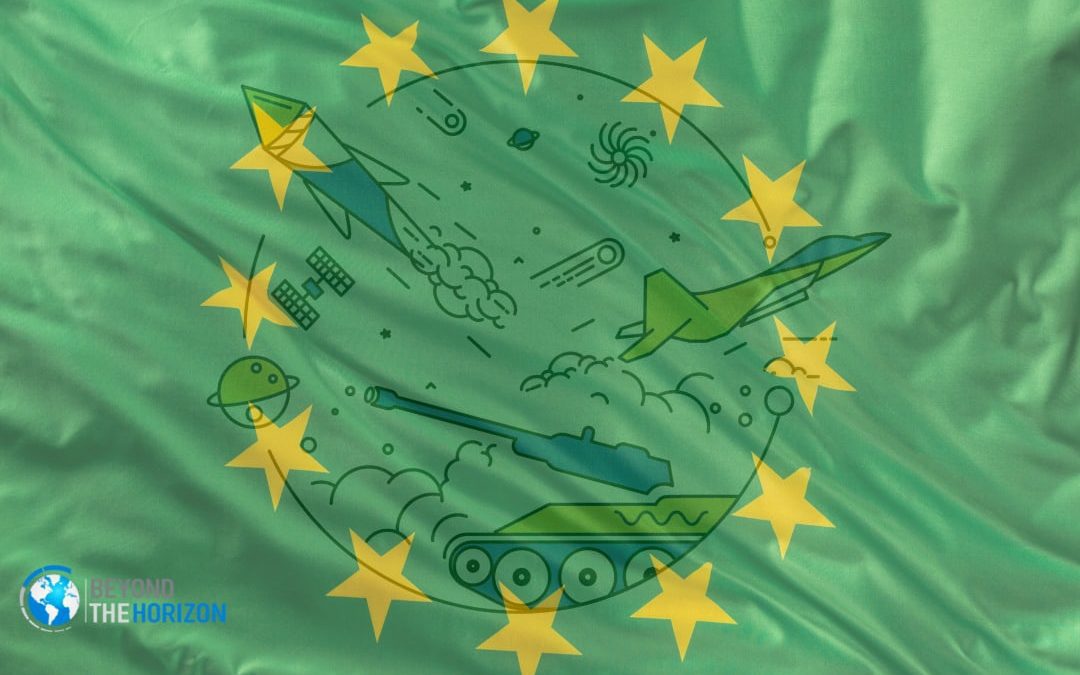 Having adopted the EU Green Deal in 2019 and set the goal of being the first climate-neutral continent by the year 2050, the EU strives to be the world’s climate leader. Overall, the EU wants to take the bull by the horns when tackling the catastrophic consequences of climate change, as explained in the recent IPCC report in detail.

The EU Green Deal has impacted overall European business sectors, including transport, construction, agriculture, textile, and energy. The conformity of the EU Green Deal’s action plans with the recent proposals in the latest IPCC report demonstrates the ability of the EU to respond to climate change on the legislative level. However, Russia’s invasion of Ukraine, the ongoing impacts of COVID-19 on the global economy, and rising prices of the critical metals have complicated the EU’s goal to terminate its dependency on Russian fossil fuels in the short term and progress on the EU Green Deal.

This paper will discuss the impacts of these challenges on the EU’s energy policies in the context of the EU Green Deal.

1. The Sources of Electricity Production in the EU

The energy sector causes nearly %75 of total greenhouse gas emissions globally. For this reason, the performance of the EU in the decarbonisation of the energy sector is critical to reaching the targets set in the EU Green Deal. The EU imported 61% of its energy in 2019. As of 2021, the EU still relies on fossil fuels for 37% of electricity production, while the shares of the renewables and nuclear are 37% and 26%, respectively. The energy production patterns of the member states are somewhat different. For instance, France (78%) and Slovakia (%58) are mainly dependent on nuclear energy for electricity production, whereas Poland (77%) and Czechia (52%) heavily use solid fuels. 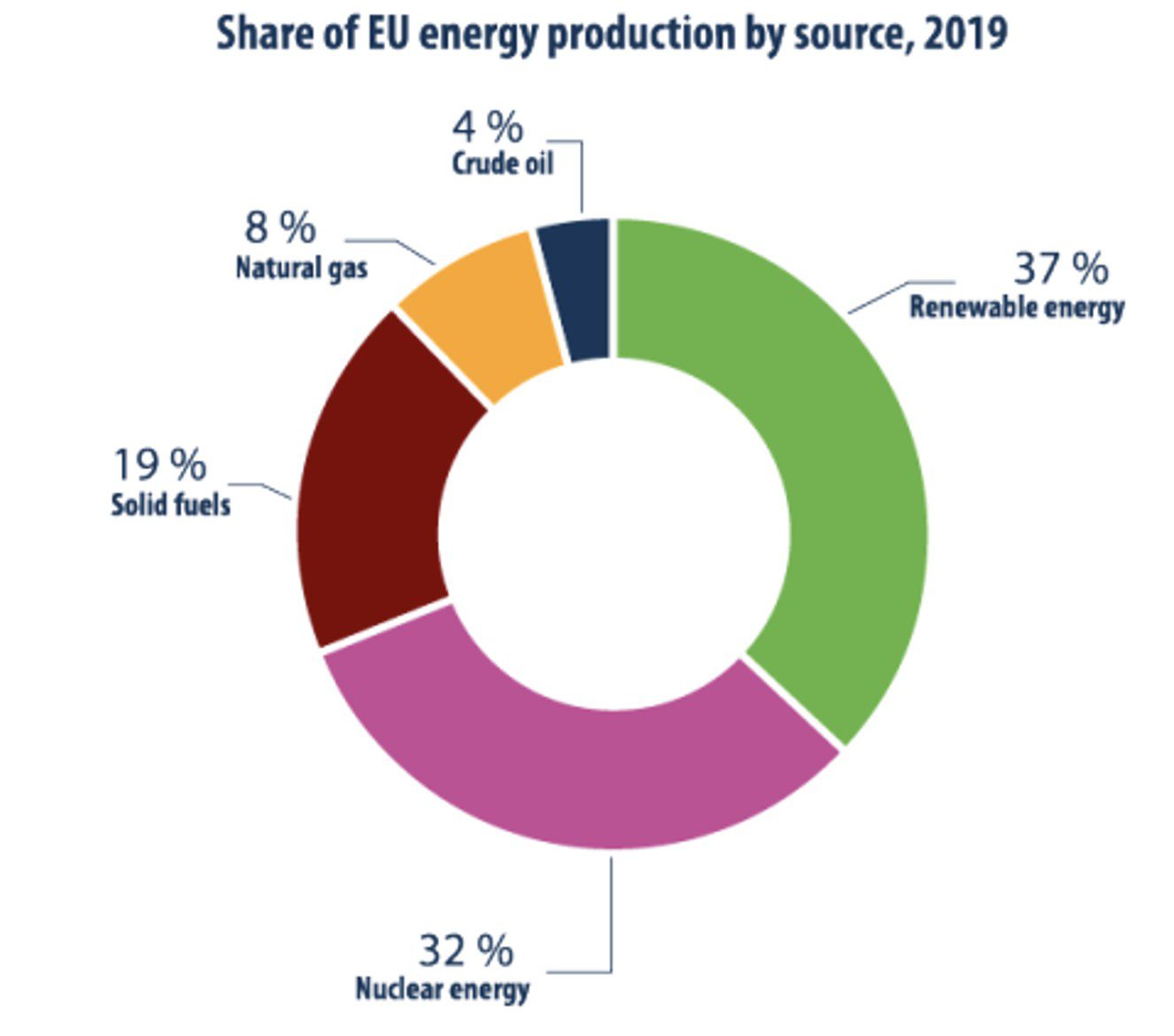 The invasion of Ukraine has served as an alarm call, highlighting European dependency on Russian oil and gas. Despite criticism, the EU Commission quickly responded by declaring RePowerEU, which aims to end the EU’s dependence on Russian oil and gas before 2030 by diversifying the natural gas supplies and accelerating the establishment of new renewable energy plants. Agreeing on the fifth sanction package, the EU also decided to ban coal export from Russia, the largest thermal coal supplier.

The energy mix of the EU in 2020 consisted of 35% petroleum products, %24 natural gas, 17% renewable energy, 13% nuclear energy, and 12% solid fossil fuels. The share of renewables in the EU energy mix is on the rise, and the percentage of the oil, gas and coal continues to decline. 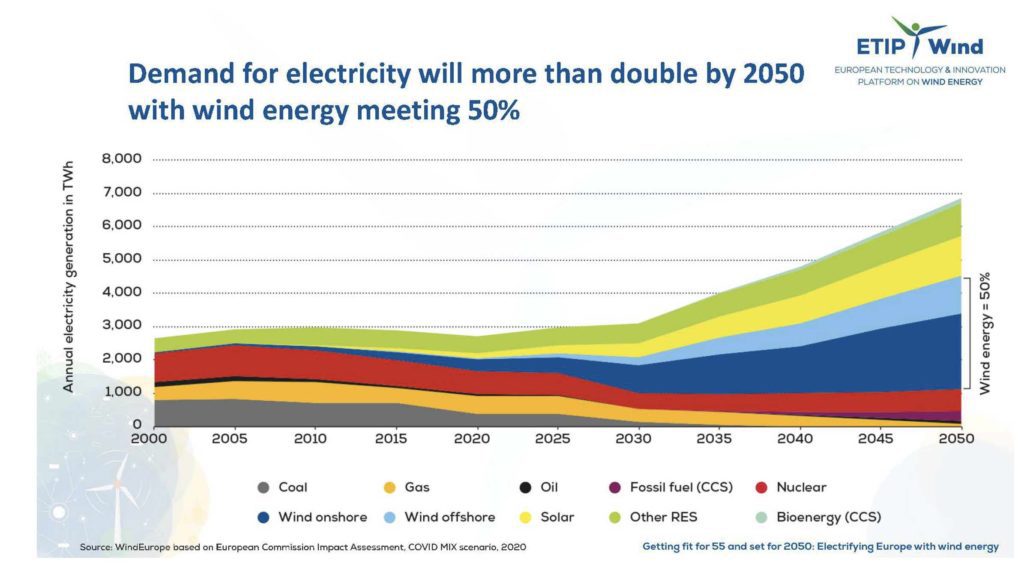 The EU imported approximately %40 of its natural gas, %46 of its coal, and %27  of its oil from Russia in 2021, totalling € 99 billion. Since the Russo-Ukraine War, the EU has paid nearly € 35 billion for energy imports from Russia. For that reason, the EU is accused of financially lubricating Putin’s war machine in Ukraine. The EU postpones sanctions on Russian gas due to this heavy dependence on Russian hydrocarbons. It should be noted that member states’ reliance on Russian sources shows divergent trends. For instance, in 2021, Germany’s energy dependence on Russian oil and gas rose to %63.7, while France’s dependency dropped to %44.5. 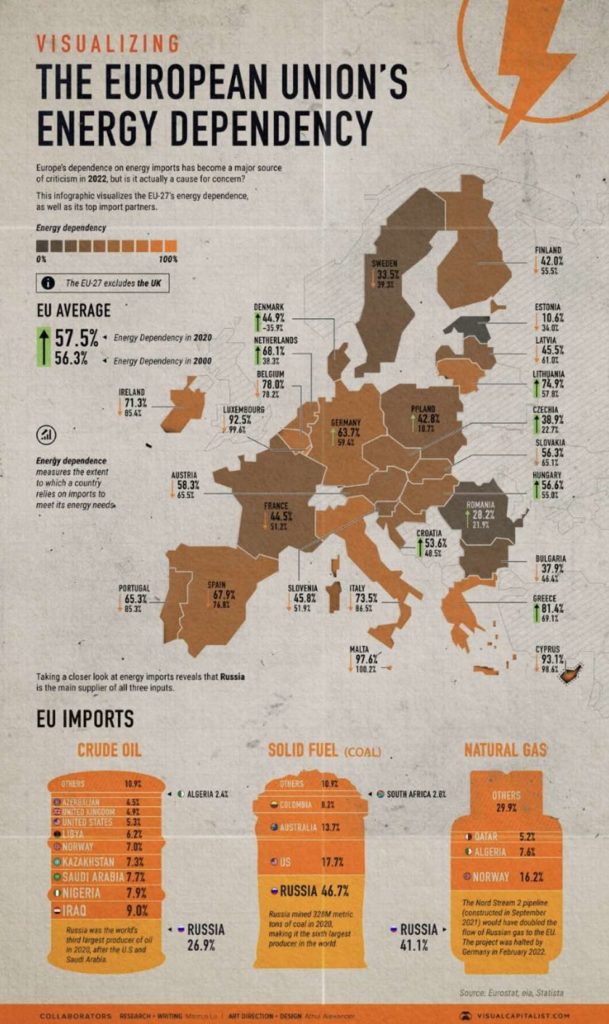 The EU’s reliance on Russian coal, although showing some complexities, is much more manageable when compared to oil and gas. Coal constitutes 12 % of the primary energy sources within the overall European energy mix (per year 2020). Russian coal can be relatively easily replaced with coal from other providers. In this regard, the sanctions put on Russian coal have no significant impact on the EU energy market in terms of economic perspective in the long term.

On the other hand, some EU members, most notably Poland, have a tendency to fill the energy gap temporarily with domestically produced or imported (other than Russia) coal in the wake of the energy crisis after the Ukraine War. This is mainly due to the difficulty of substituting affordable Russian natural gas.

The increase in coal consumption for extended periods will put the EU’s target of reducing greenhouse gas emissions by 55% by 2030 at serious risk. The cost of producing electricity from coal remains higher than from gas in the long term. Therefore, the decision of some EU members to extend the activities of coal power plants for short periods is not expected to have a significant negative impact on the EU Green Deal ambitions. 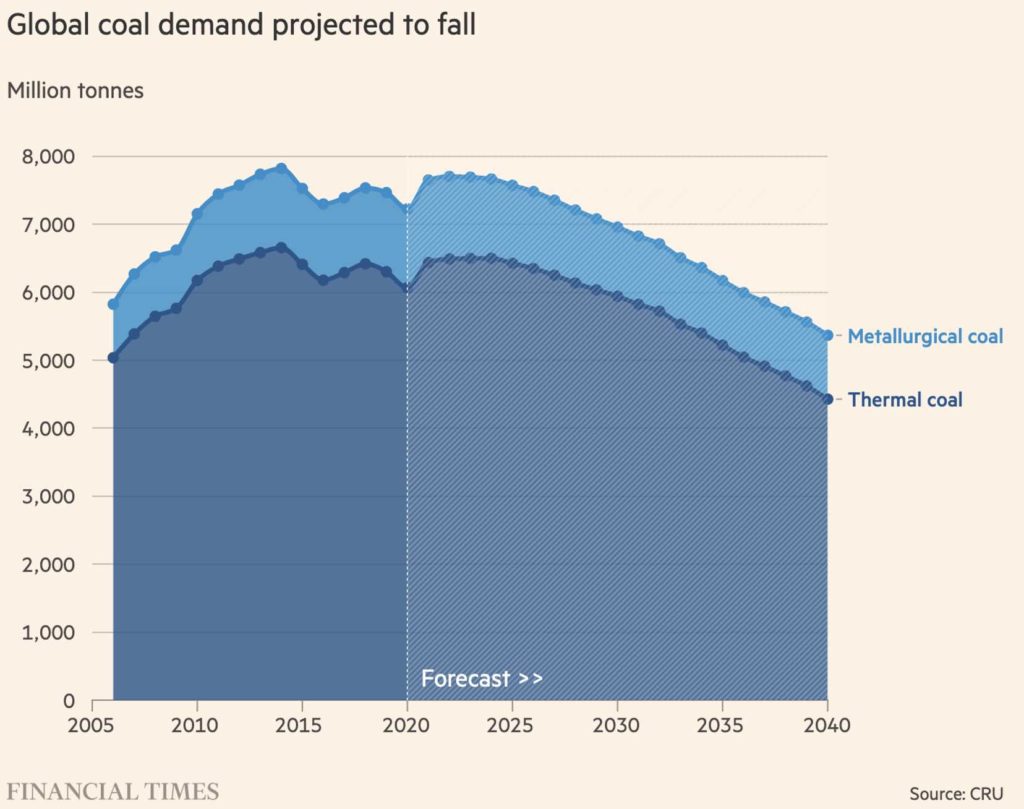 3. The Difficulty of Finding reliable Alternatives to Russian Gas in the Short-Term

Replacing Russian oil and coal is relatively easy due to their ease of shipment, but the same is not valid for natural gas. In the short term, it does not seem possible to find an alternative for natural gas, where price has increased almost six times since the beginning of 2021. 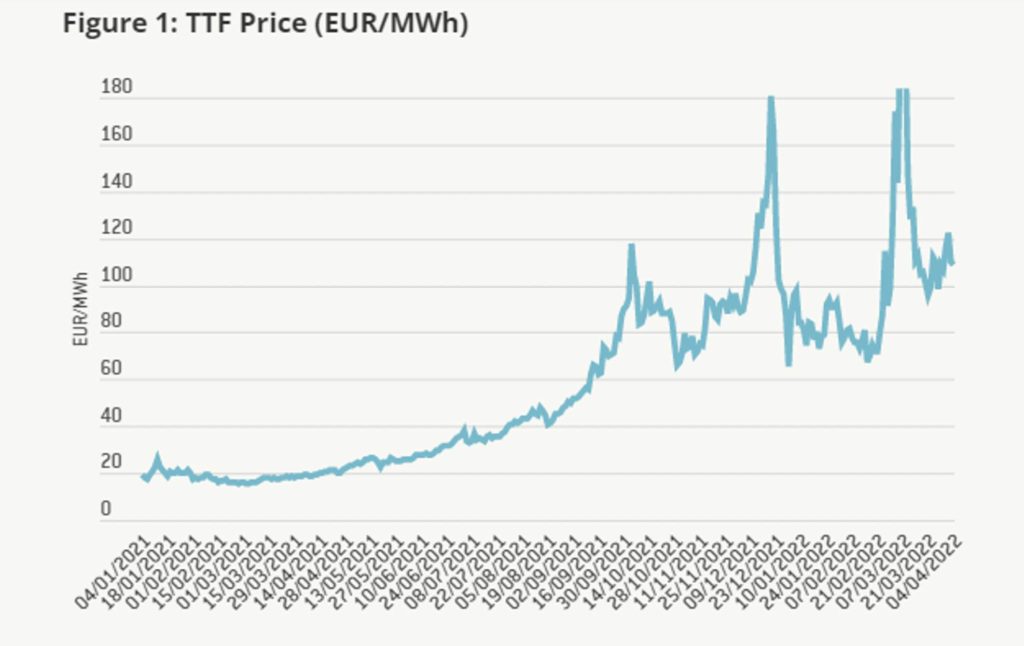 As the second most used energy source after petroleum, natural gas is heavily used by industries in manufacturing (including cement, glass, and ceramics) and households for mainly heating. The fluctuation in the energy production by renewables due to the changing weather conditions makes natural gas a reliable energy resource for the EU industries. According to the European Central Bank, a %10 hypothetical disruption in natural gas supply would create a 0.7% reduction of corporate gross value-added.

Direct and Indirect electricity and gas use by the sectors 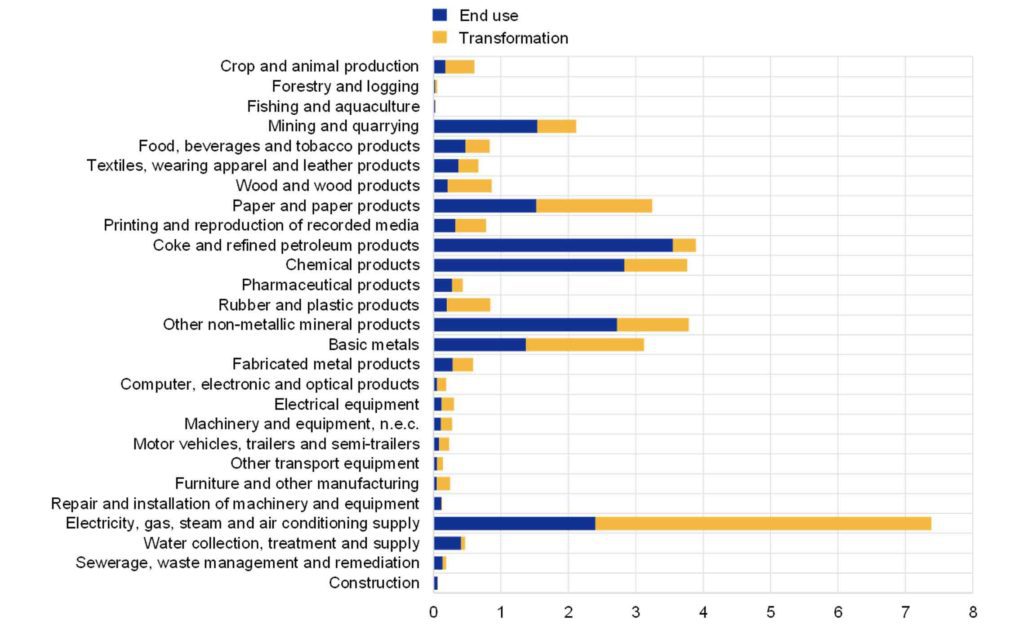 Natural Gas Use by Sectors

Looking for an alternative to Russian gas, the EU increases its LNG imports from the USA, Qatar, and Australia while increasing the amount of natural gas it imports through pipelines from other gas exporting countries such as Algeria. The vice-president in charge of the EU Green Deal, Frans Timmermans, stated about this process that “It’s hard, bloody hard, but it’s possible if we’re willing to go further and faster than we’ve done before.”

4. Obstacles to Increasing the Capacity of Renewables

Based on the International Energy Agency analysis, coal consumption must be cut in half by 2030 to stay on track toward the net-zero target. In order to meet the energy needs arising from the decrease in coal consumption, the share of wind and solar (renewables) within the energy mix must be increased rapidly. However, the number of renewable energy installations this year is not satisfying due to the increasing global demand for energy after the pandemic. This situation is also amplified by the disruptive impact of the Ukraine war on the international supply chains of critical metals such as lithium and cobalt. The relatively long duration of getting official permits to establish renewable energy systems and the difficulties associated with their integration into the EU’s power grid are other barriers to the rapid capacity expansion of renewables. 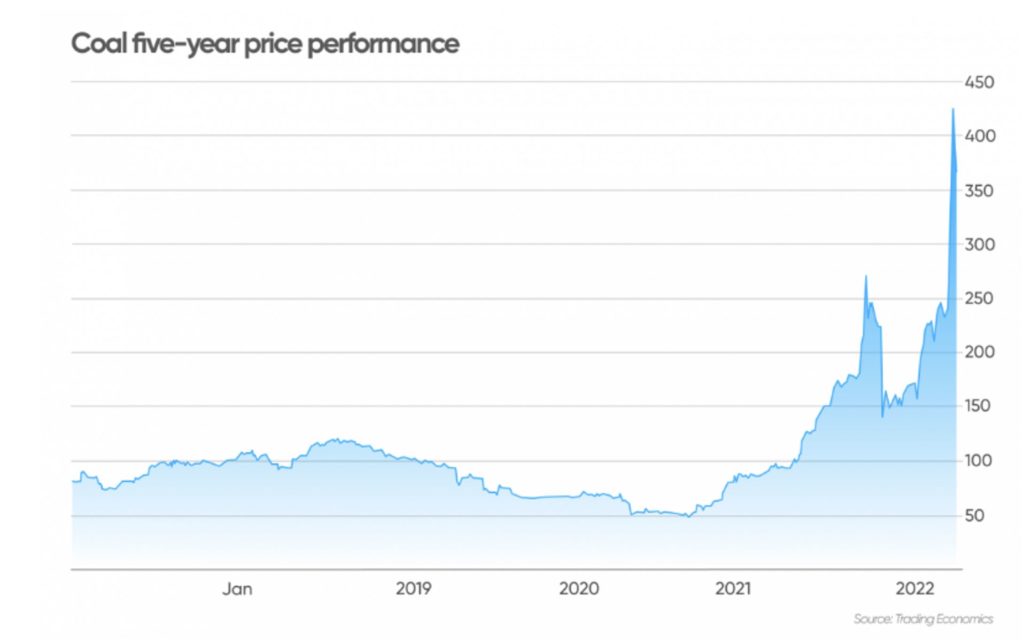 According to Ember’s “European Electricity Review-2022” report, the crisis in the gas market has profoundly changed the energy transition policy of the EU. Phasing out coal production typically had utmost priority in the transition to green energy due to its massive negative environmental impact. Yet, most new renewable installations were built to replace natural gas instead of coal in the second half of 2021. It is expected that the gas prices will remain high for at least a couple of more years. The financial concerns triggered by the exorbitant increase in the natural gas prices create hesitations on the EU members’ ability to reach the climate targets of the EU Green Deal. 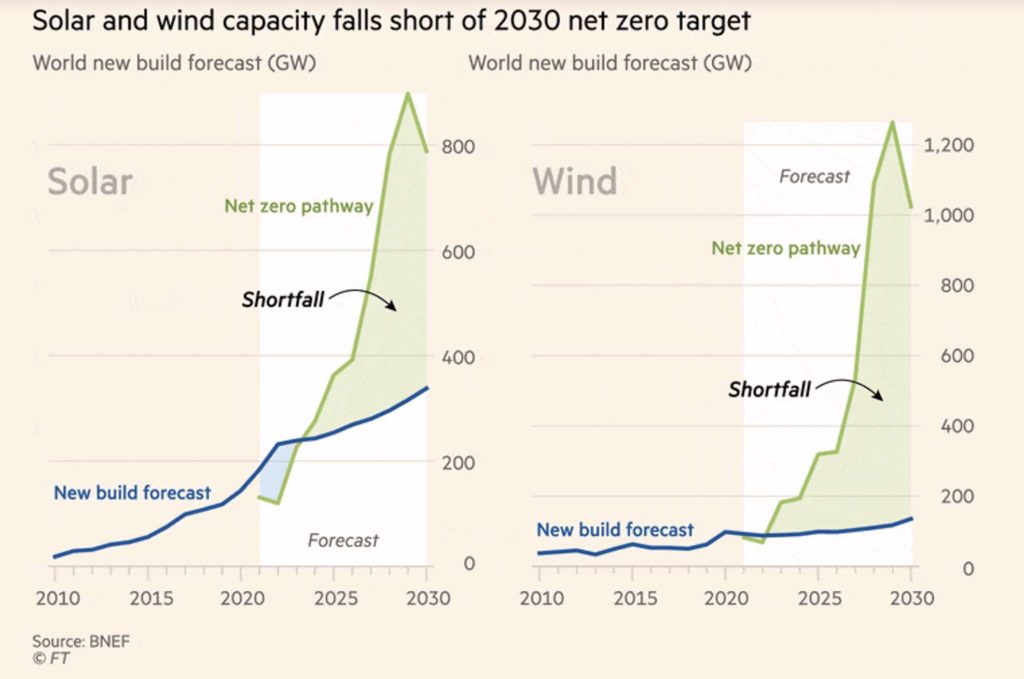 The Gap in the Solar and Wind Capacity in the EU

The healthy and rapid transition to green energy depends on the affordable and uninterrupted supply of critical metals used in batteries, wind turbines, solar panels, and electric vehicles. The excessive increase in demand for cobalt, lithium, nickel, copper, and other rare earth materials to produce clean and renewable energy technologies and modernise the power grids has led to an exorbitant increase in the price of these metals.

The European Green Deal, requiring a complex and painful transformation even under normal conditions, is exposed to a severe test. The surge in fossil fuel prices, the adverse effects of the Ukraine War on international trade, and the slow capacity increase in renewables complicate the EU’s efforts. The use of coal for electricity generation by some EU members, such as Poland, also puts the emission targets set by the EU at risk. However, it is not reasonable to continue to be dependent on fossil fuels these days to avoid short-term risks at the cost of risking the welfare of future generations. The success of the EU Green Deal is of great importance for the collective fight against climate change by enabling other countries to implement similar legislative processes. In this regard;