Disinformation as a Political Weapon 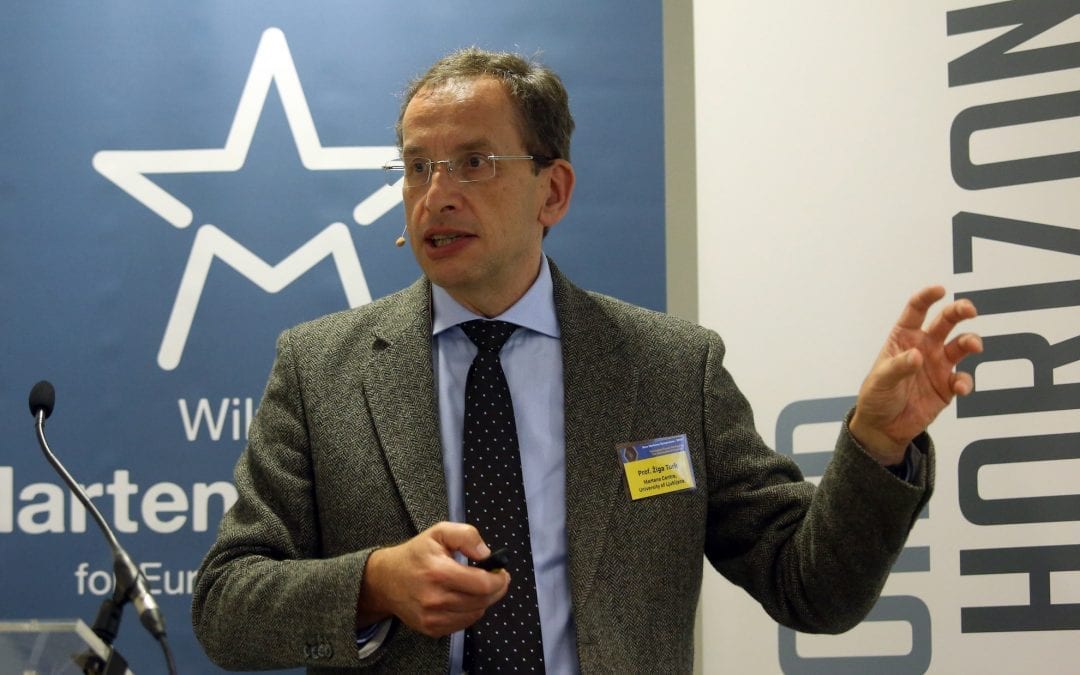 Disinformation is used as a political weapon. It’s not a new phenomenon, it used to exist and it will be in the future. It is just one of the tools from the toolbox of a wider effort that is called influence operations which is probably part of the hybrid warfare. What is new is that internet has changed a few things. This counter-narrative paper argues that disinformation or fake news, which are very popular since 2016, are not such major issues as some would like people to believe. In fact, they have good reasons to make people to believe that. It is only one of the tools of the influence operations, not the most part of it. Influence operations are about trust not truth, trust versus not trusting. And in the conclusion, it will be suggested that disinformation could be stopped through technology and legal at hand. Yet, it is questionable whether it could be achieved within the democratic principles, what are the available measures, which state actors or political parties want to engage in and be successful with influence operations.

We have a new communication and media environment. Why? What has actually changed? In the news or information process, a new story is created, then editors do the quality control and proofreading, it is published and amplified, i.e., placed at the top of the newsstand and advertised. As a result, people consumers start talking about it.

With internet, not only the professionals but also the ordinary people start tweeting and blogging (creation stage). Anyone can publish and boost the news and the information. They amplify by liking the content. Furthermore, anyone can edit and quality control, so no need to editors. In that landscape there is no trash, internet is one huge trash can. So, no more gatekeepers and there is a huge kind of chaos in the middle. The key issue of the fight against fake news or disinformation is, can it be possible to return from this chaotic picture back to the traditional news process. Certain people like it as they have a control on that. To the contrary, in the new news process they are powerless. Is it possible?

There are ways to do it. But it is argued that the problem is actually not as bad as some think. It is suggested that the research figures show that the social media is the main driver of disinformation. Some statistics argue that 10 percent of the readers of top news come there through social media. But 40 percent of the traffic into the fake news sites comes from social media. So, 10 to 40 percent, social media seems really bad. Yet, if you put that into the perspective of the size of the audience, it could be realized that there’s actually still a lot of people who read top news and rather few people go and follow the so-called disinformation.

If one wants to have somebody to blame about disinformation discussion and about the spread of the disinformation, this would be Facebook. Most of the traffic into these disinformation sites and fake news is coming from Facebook. However, this is not the major problem with the social media sites. A lot of people are using Facebook or such social media sites. They offer a stream of events that one should be interested in. People can see 10 percent of the published posts that they follow as they have time for only 10 percent. The dangerous and the scary part is that Facebook is deciding which 10 percent of all the news they would see. It’s not Russia, not the Macedonian hackers or whatsoever, it’s Facebook.

Then the question is how Facebook decides 10 percent? It’s not entirely clear. It’s actually good that it’s not clear. Because hacking Facebook, then writing such a way that they would come to the top of your stream on Facebook would be even easier. So, we don’t exactly know how this is happening, the algorithm is changing. There are people who will be complaining that these social media sites are hostile to them. Right wing politicians and publishers in the US, they are very much effected whereas the liberals are not very much. This concludes to a constant kind of mistrust and distrust into what people see on the internet.

Who decides what you look at? Is he or she or is that company deciding it in a neutral and impartial way? Or are they trying to force somebody’s agenda? It is not argued in this paper that Facebook is following up anybody’s agenda. They are being blamed that they were helping Trump. But they were just played, their algorithms were played by everybody including the Trump campaign.

The problem is not the internet, the new media or the new political parties. But the old players are very much interested in trying to suppress the competition, both political competition as well as the media competition. Thus, they have created and amplified this narrative of fake news, disinformation or hate speech in order to bring back the environment where they could control what was happening. So, most of the discussion, maybe not all, about disinformation is to find a scapegoat on for instance “Why did we lose Brexit? Why did Hillary Clinton loose? Why are we losing to populist?” It’s very convenient to find a scapegoat and blame it, to say, “the internet or they did it, the Russians did it”. It is so much easier than saying “Well, maybe we did not have the best candidate, maybe we got some messages wrong, maybe the other guys were better”.

And truth is actually is not a very big part of the story. The influence operation with respect to the election of Donald Trump was a success. We just don’t know whether it was Republican influence operation that actually swing the boats towards Donald Trump, or was it the Democratic influence operation which claims that Donald Trump has been elected after cheating. The result is that the administration has been taking away some of its legitimacy. It’s not the position of Donald Trump, it’s not as if he would be elected fairly, it’s not claiming that he is elected fairly, but this is the end, the result. Russians can be very happy about it because in the end it is them who benefit.

The Russians, for instance, did not denied really strong, really emphatically that they were involved in the U.S. elections. Because by doing so, they would empower the political position of Trump. Never, it was kind of a pro forma, “No, no, no, we didn’t do it” to leave some doubt because they want Trump to win.

There is more than one way to take people if you can, just because of internet it became more complicated to have parties and editors in the mainstream media. Messaging which is only based on facts does not resonate with real people. They want emotion, they want something different. Satire and humour are means which are just effective as misinformation that could be seen in the U.S. election campaign. How much is invested in humour? How much is invested in kind of political show business?

Not many lies circling around, not many fake news, not many disinformation. Just fun stuff designed to trick voters. The control of the narrative is the key in today’s political warfare. Set the agenda, control the news cycle, how the problem is framed. Trust matters, you need authentic candidates, you need authentic communication. Real people can go in internet and like the stuff by the politicians they like, they can engage in discussions on the Internet. And the good stuff that is social media networks are trying to create a difference between what the real users and what are some algorithms pretending to be users.

To conclude; disinformation is a weak political tool whereas truth is available. About all the fake news, truth was over there, for people wanting to search for truth they could find truth, there’s no better tool to find the truth as is the Internet. There’s also no better tool to find lies as is the internet. But if people do not seek for truth that points to some other issues and some other problems which serious politicians should look into. Stopping disinformation will not stop populist, will not stop populism, but listening to the problems, the grievances that the populists are exploiting with will.

Another important point is censorship, it undermines trust as well. Imagine if you have elections and widespread complaints after that election, what kind of sites, what kind of people, what kind of voices were suppressed before that elections. Legitimacy of those elections will be undermined and of course the power, the intimacy of the political leadership in those elections would be undermined. So, one has to be very, very careful with what one does in trying to suppress disinformation and trying to suppress fake news. Technologically you can do many things to get the good stuff on the internet, the most democratic one is to install a filter on a browser and it will tell you what is fake news. It will not the government for you, it will not the Facebook for you, you will choose it and put it on your browser and you will have the abbreviation of everything. There are not so democratic tools; governments can interfere. But they can’t because there are laws about freedom of expression and that’s why hands are tied.

To me, the solution which is found is very dangerous. All this gatekeeping is being outsourced to the big social firms such as Facebook, Google, Twitter, Apple or Amazon. Politicians are giving huge power to these companies who are extremely powerful. They hope that these companies will work and help them win elections or at least prevent others from taking the victory. It is not wise to give the democracy in the hands of Mark Zuckerberg.

* Dr. Žiga Turk is a professor of construction information technology and researcher in the field of design communication and internet science at the University of Ljubljana, Slovenia. He is former Slovenian minister for development as well as for education, science, culture and sports. Between 2008 and 2010 he was Secretary General of the Reflection Group on the Future of Europe. He is active in a few High Level Expert Groups of the European Commission including on Fake News and European Science Cloud. He is member of the Academic Council of the Martens Centre.