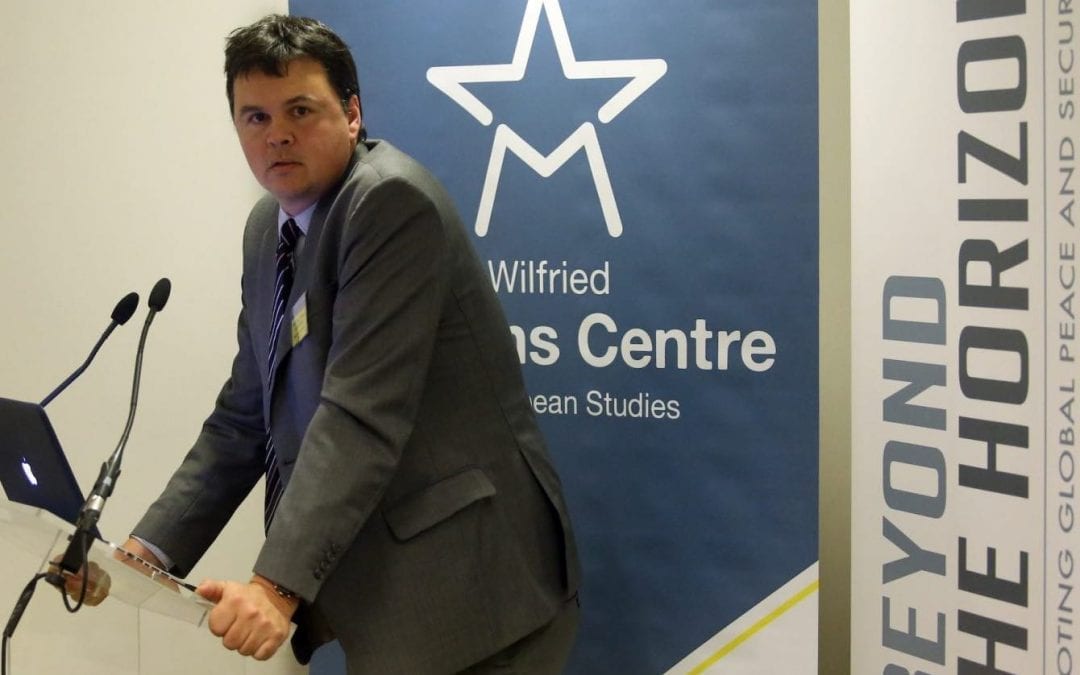 The Western liberal order is in relative decline because of the economic crisis of 2008, the war against terrorism, the appearance of new threats (cyber, food security, climate, demography, proxy wars…) and new emerging states. There is clearly a leadership fatigue, certainly from the American point of view, something already presents under the Obama administration. Consequently, the Western World is more reluctant than in the past to interfere in conflicts around the world. There is not only a power vacuum but more important a leadership vacuum.

Hence, the institutions, norms, values and standards are in crisis. Furthermore, populism and authoritarianism is on the rise. There are less democratic systems/regimes now than 15 years ago.

It is likewise worrying to see that Russia and China are playing an important role in weakening the international liberal order and democratic systems through for example hybrid warfare, but also promoting the model of autocratic regime. Russia and China are not the only ones. Indeed, there are other countries challenging Western democracies. Indeed, many emerging middle powers do not necessarily share Western values and norms because of different values, cultures, histories…. So, states as Brazil, India, South Korea, Indonesia, although not revisionist, question the Western standards of civilizations. Consequently, today it is not only about a classic return of power politics but also about a clash of identities.

This situation of systemic chaos should be a wakeup call and therefore an opportunity for great powers to reorganise the international society. For the EU and the US, it means abandoning the idea of defending an outdated version of a Western liberal order and change our mind-sets. The West is less and less at the centre of the world. There is a necessity, without abandoning our values to integrate all the other rising powers into a new international order and pay more attention to realpolitik. If competitive great powers do not try to cooperate more, we will not, unfortunately, overcome the today’s challenges and threats we are facing. This will only be possible if decision-makers abandon their short view approaches and start to think strategically. Indeed, only strategic thinking and consequently strategic planning and strategic leadership will make it possible to establish priorities and have a pluralistic Lockian international society in the future still characterised by competition but also cooperation in different dossiers, and some rules of the games to manage great powers relations.

* Tanguy Struye de Swielande is professor at the Catholic University of Louvain la Neuve (Belgium), and the Catholic University Faculties of Mons and the Royal Military School. He is also senior researcher at the Center for Crisis and International Conflicts (CECRI) and coordinator of the InBev Baillet-Latour Chair, “European Union-China Program” and founder of the GENSYS network. He specializes in the geopolitics and foreign policy of the great powers and in the analysis of decision-making.