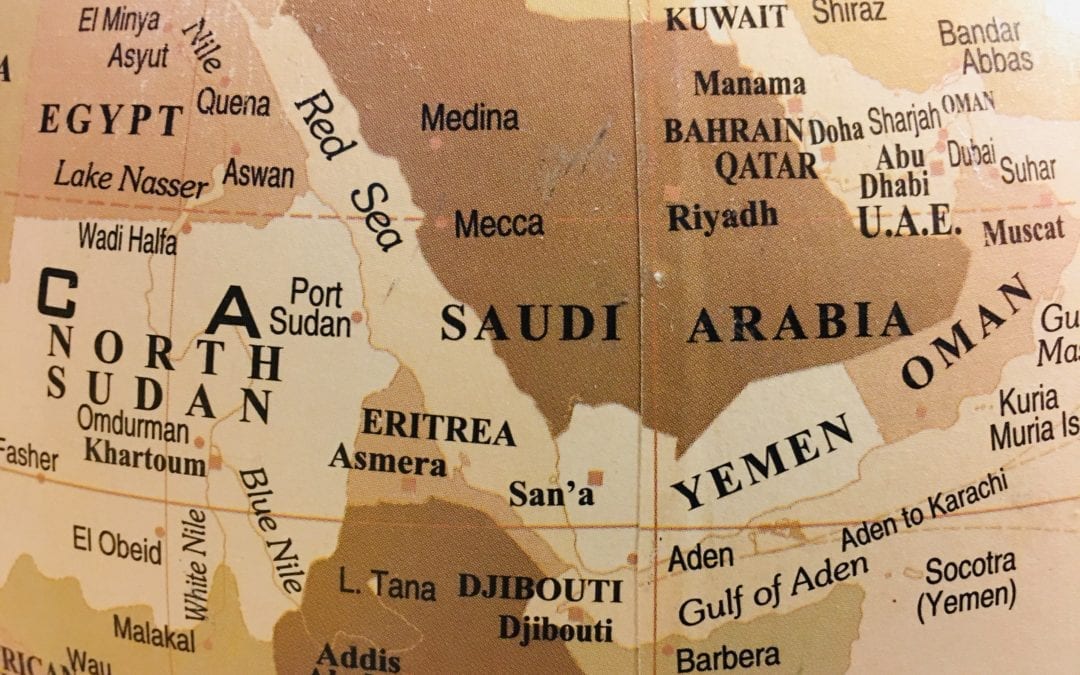 Earlier this month, Morocco normalized ties with Israel. In exchange, the United States agreed to recognize Moroccan sovereignty over Western Sahara. This announcement continues the trend of an Arab-Israeli rapprochement outside of a final status settlement with the Palestinians.

This agreement, along with the earlier “Abraham Accords” normalizing Israel’s relations with the United Arab Emirates, Bahrain and Sudan, are positives in a region too often known for war. Fortunately, more peace deals are likely as the Middle East emerges from the post-World War II era.

In its effort to promote regional peace and build an Israeli-Sunni alliance against Iran, the U.S. is rushing to offer Saudi Arabia a gift in exchange for a normalization deal with Israel.

And the gift? In its final weeks, the Trump administration would likely designate the Houthis in Yemen as a foreign terrorist organization (FTO), making it a federal crime to knowingly provide material support to any Houthi-controlled entity or person. On its face, prohibiting resources to the Houthi seems reasonable. To be certain, the Houthis are bad actors — a ruthless terror organization that has attacked U.S. interests directly, and that bears primary responsibility for Yemen’s humanitarian catastrophe where more than 24 million people are in desperate need of humanitarian relief. With this designation, the administration seeks to sanction the Houthis, weaken Iran, strengthen Saudi Arabia, and bolster the exiled Yemeni government.

In reality, however, the gambit will likely further destabilize the Arabian Peninsula.

The Houthis control Yemen’s capital, Sana’a, along with the main ports and crucial infrastructure necessary for the survival for most of Yemen’s civilian population. This FTO designation would prohibit material support — including all trade of food, medicine, sanitation supplies, humanitarian aid, and other basic commodities — in the Houthis-controlled areas, during a global pandemic. Yemen is already experiencing pockets of famine; the Yemeni currency, the riyal, would continue to devalue, and household purchasing power would crater.

There are other unanticipated risks. For example, the United Nation would have challenges in mitigating a potential massive oil spill off the Red Sea from the dilapidated FSO Safer oil tanker — a spill potentially four times greater than was the Exxon Valdez — if it cannot negotiate with the Houthis. This spill would close the main port of Hudaydah, thus further disrupting food supplies. Yemen is already the world’s worst humanitarian crisis, and an FTO designation could very well lead to widespread famine.

Despite a staggering human toll, the ragtag Houthi militia has effectively, and surprisingly, defeated the Saudi Arabian-led coalition, including the nominal Yemeni government on the battlefield. The insurgents have even seized Saudi territory at times; they continue to launch rocket attacks against major Saudi cities and are threatening the key Yemeni city of Marib. Throughout the war, the Saudis have been unable to stop the Houthis’ relentless march to control Yemen or the assistance they receive from Iran.

The Trump administration is pushing Saudi Arabia to normalize diplomatic relations with Israel before Trump departs the White House and is offering the FTO designation, which — for Saudi Arabia — could blunt Houthi domination of northern Yemen. But Saudi Arabia and Israel would be better served by negotiating peace for peace under the incoming Biden administration, rather than plunging Yemen into an uncontrolled humanitarian collapse. This Faustian bargain fails on many levels.

First, Saudi Arabia will need to reboot its relationship with the Biden administration. In the run-up to November’s election, President-elect Biden has been clear that the tragedy of Yemen must end. There also is a congressional consensus that Saudia Arabia bears substantial culpability for Yemen’s continued war, and a bipartisan recognition that an FTO designation would further destabilize the country.

Instead of helping to resolve the civil war in Yemen, the Saudi kingdom would deepen the crisis with this FTO designation. It would have millions of starving Yemenis on its long, porous border — and an empowered Houthi insurgency that likely would increase its use of Iranian weaponry to quicken the pace and sophistication of attacks against Saudi infrastructure, cities and ports. Just as Hezbollah and Hamas became stronger after their 1997 FTO designation, the Houthis would seek a similar growth in military power and regional influence.

With regard to Israel, its growing realignment with the Sunni states is irreversible. Prime Minister Benjamin Netanyahu, however, will need to course-correct with the incoming Biden administration — and the U.S. president-elect surely has not forgotten Netanyahu trying to embarrass him on his 2010 trip to Israel by announcing further settlement construction in the West Bank. The Israeli prime minister also sought to humiliate then- President Obama and Vice President Biden by delivering a 2015 speech in opposition to the Iranian deal to a joint session of Congress, as a foreign dignitary without a White House invitation. Netanyahu should start by recognizing that the risky incentives the Trump administration is offering to Saudi Arabia are antithetical to long-term U.S. and Israeli strategic interests.

Third, Iran will use a Houthi FTO designation to its advantage, which is particularly counterproductive given that the Biden administration will soon renegotiate to curb Iran’s march to the nuclear bomb. Iran’s goal is to shape the region through a “Shia Crescent” of power from Beirut through Damascus, Baghdad and to Sana’a, buttressed by home-grown nuclear capabilities. A deeper Houthi alliance in Yemen allows Iran to project destabilizing threats to Saudi Arabia along its southern flank. With Iran negotiating from greater regional strength, the United States will find it harder to curtail the clerics more-pressing nuclear ambitions.

Most importantly, however, millions of Yemeni people may suffer from this ploy to induce Saudi Arabia to agree to peace with Israel. That is why the World Food Program and the United Nations Children’s Fund have put U.S. officials on notice: Closing all humanitarian assistance and forbidding commercial transactions for basic commodities would have catastrophic consequences.

* This commentary was first published at The Hill on December 21, 2020.

** R. David Harden is managing director of the Georgetown Strategy Group and former assistant administrator at USAID’s Bureau for Democracy, Conflict and Humanitarian Assistance, where he oversaw U.S. assistance to all global crises.