China and the Global Governance in Post-COVID-19 Era 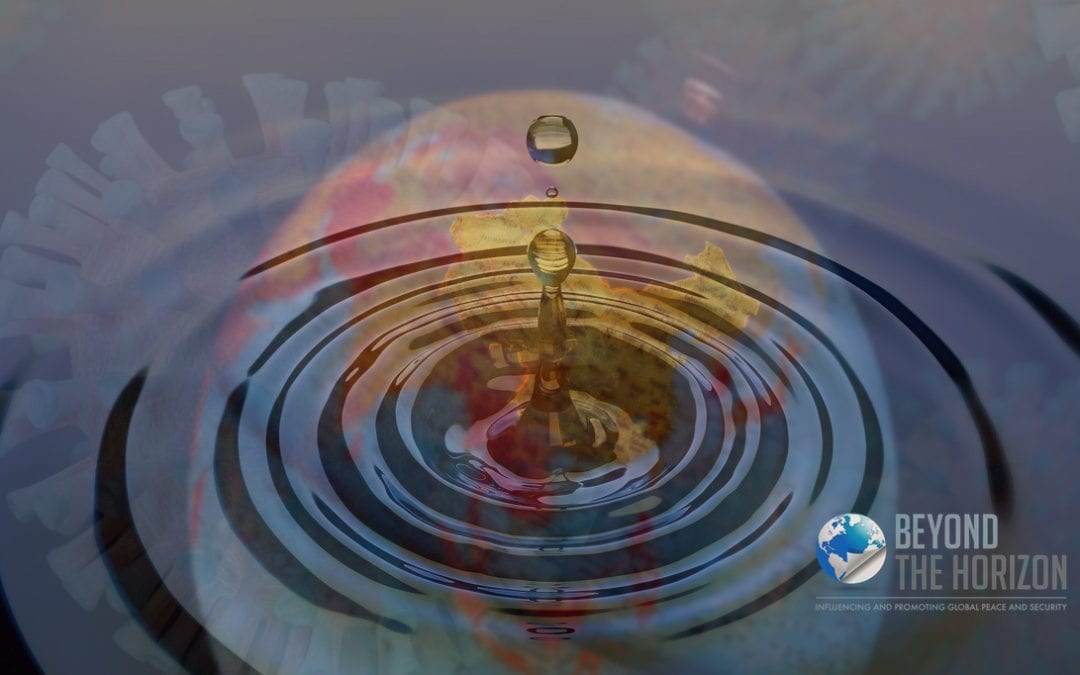 Chinese scholars have always considered the EU to be destined for destruction; while considering NATO to be unnecessary. According to them the biggest problem of the EU is its failure to achieve political unification. On the other hand, conditions during the cold war, when the NATO was founded, do not exist today. The absence of a pact against it also makes NATO’s existence unnecessary. With this motivation, it seems that China is trying to fill the gap created by the West well with its soft power in post-COVID-19. The process also seems to be a good opportunity for China to put its international theories on stage, as China has long desired.

It is widely accepted that we are on the verge of a global change and China’s views has never been aligned better with international media hitherto. China’s experiences on the epidemic and international cooperation were discussed at the Beijing based and CCP connected think tank “Centre for China and Globalization” on the March 30th, 2020. Chen Wenling, an economist, argued that one of the inspirations of the new COVID-19 outbreak is that people need to re-understand “what kind of international order to build”. According to him, the pandemic will change the global political, economic, diplomatic and cultural environment. It is reckoned in China that outbreaks have changed the fortune of the world, and viruses are innovating. ‘At the intersection of history, people should make the right choices and support the establishment of a more just and reasonable global governance system’ Chen said.

So, what is a fair and reasonable global governance system according to Chinese perception? Harmony and common destiny are the new international relations model, which is frequently emphasized in Xi Jinping philosophy and declared as a ‘Chinese recipe to the world’. In this regard, a “harmonious world” is a concept of global political ethics, law and international relations based on the systematic and holistic view of Chinese cultural traditions. The concept of “harmony” dates backs to ancient China. But it has been promoting within the school of “New Confucianism” from the early 20th century.

These discourses, of course, serve a purpose. In particular, the ideas put forward by the “Xi Jinping Philosophy” are to produce an alternative to the western tradition in the contemporary global order. It is possible to see this clearly in discourses. Nevertheless, these philosophical, abstract, peaceful discourses are not well defined. ‘Hexie‘, literally harmonious, contextually international harmony, is one of the most emphasized concept. Yet, all of these concepts and theories give precedence to the order and community over individual. According to this concept, there is a hierarchical order in the society and everybody has to obey to hierarchically higher positions, for instance, students obey to teachers, children obey to parents, wives obey to husbands and so on. Priority is given to the smoothness of the whole, and obedience serves that. Chinese policy promises an order in which the individual is often sacrificed for the sake of the society. We clearly observe this from its practices against minority and dissident voices inside China. ‘Harmony’ is a phenomenon that sounds positive in the first place. But like many concepts, its definition and philosophy have a feature that varies from culture to culture.

Especially the manifestation of ‘harmony‘ and its practices is completely different. Through this understanding, which has its roots in the past, tranquillity has been ensured throughout history in many Asian societies. It is the agricultural society of China that produces and nurtures this philosophy.

In the concept of harmony, the important thing is the ‘smoothness’ in society. It prescribes ‘focus on harmony rather than individuals, and harmony rather than competition’. However, while providing this ‘smoothness’, it is not asked how satisfied an individual is. As a result, public order is dominant in society and the aim has been achieved. It is feared that individual rights advocacy is always doomed to get out of control and thus the focus is given on managing and controlling it. Westerners might assume this as a particularly applied method, yet this method finds its place through cultural transfer in the East.

Moreover, mingyun gongtongti (common destiny) concept of China points out that Chinese destiny is intertwined with that of the world and that all the world’s peoples share a common fate. I think that pioneering sociology professor Fei Xiaotong’s metaphor about centrism can perfectly explain this concept: China’s world system is something like created by throwing a stone into the water: the water wave stretches infinitely from the centre to every direction.

So, everything belongs to the centre. What is free is the individual centre. Since everything belongs to the centre, there is no concept of ‘other’, no duality. In short, this mentality does not accept opposition because the opposition breaks the ‘harmony’. I think we can also consider ‘common destiny’ concept in this context. According to the ‘common destiny’ concept, other states can easily be accepted. As in the definition of Fei Xiaotong, since the rest of the world is perceived as the rings formed by that drop, then we will also observe the reflections of the thought system manifested in China in certain parts of the world.

There is a lot of preliminary estimates about the future of global governance and China’s evolving influence for post-COVID-19. What determines the current world order today is the countries’ past experiences, and therefore their culture. The events that western civilization has been experiencing since recent ages have brought them to a human-centred order today. It can take centuries to change cultures and hence policies. Therefore, while talking about even the most basic phenomenon like ‘harmony’, it is necessary to act without forgetting that the way it works will be completely different due to our difference in understanding. As far as I can read from China’s philosophy towards people and society, if China increases its influence outside its borders, their cultural genetics and approach to people may not miraculously change. In that culture, there is a fixed definition of ‘human’ and ‘society’, and there is a way of approach according to them. Time will show whether the rest of the world is considered other rings of this drop, and the limits of China’s influence on global governance.