Can Russia annex Ukraine? What does the decision to distribute Russian passports in Eastern Ukraine mean? 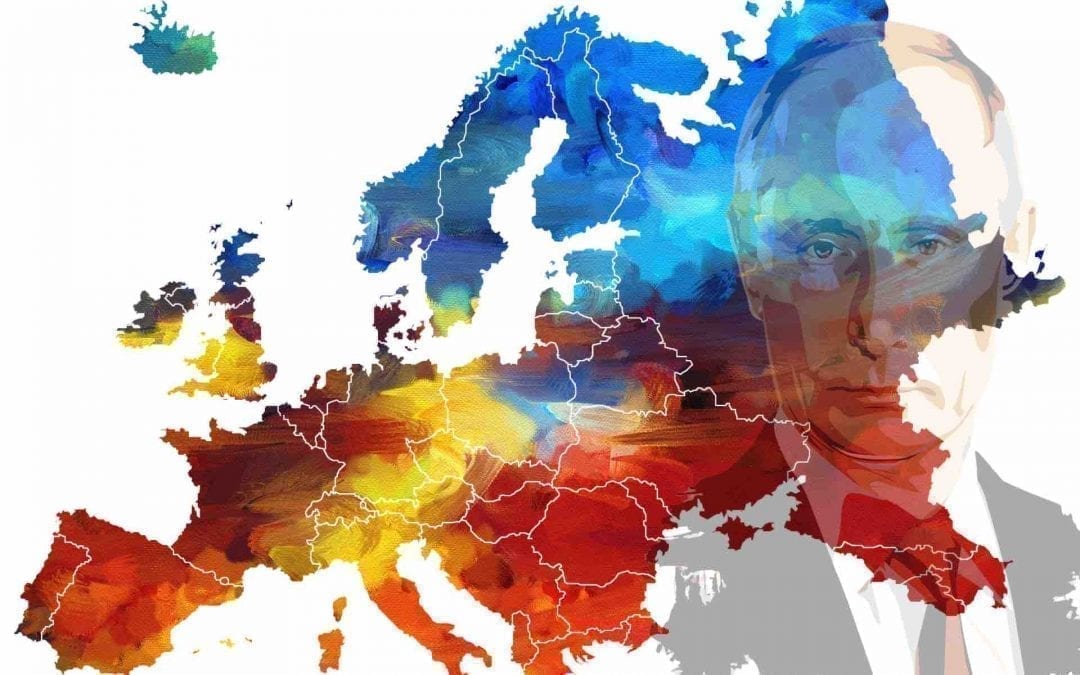 Three days after the presidential elections in Ukraine, Russian President Vladimir Putin signed a decision to grant Russian passport to the separatist Ukrainians in Donetsk and Luhansk in the east of this country.

Former President of Ukraine Petro Poroshenko has claimed that this decision was taken to provoke the region and demanded the issue to be addressed in the UN Security Council.

The kind of strategy Russian Federation has followed ahead of South Ossetia, Abkhazia and most recently during the annexation process of the Crimea is well known by the Ukrainian authorities. According to the defense and security doctrine of Russia, the country has the right to use military force to protect Russian citizens living outside its borders.

For this reason, the decision to grant passport which was taken on April 24, caused confusion and unease in the western capitals, especially in Ukraine. The EU countries and the United States have said that they see this decision as interfering with the internal affairs of Ukraine and they are vehemently protesting.

With this initiative, Putin made the Minsk process which was developed under the leadership of the EU and foresee peace in Eastern Ukraine dysfunctional. Currently, the most sought-after question in the Ukrainian and Western capitals is why did Putin make such a move now? Is Eastern Ukraine the next target after Crimea? What is the meaning of the decision to grant Russian passports in Eastern Ukraine?

What has happened in Eastern Ukraine so far?

The incidents in Eastern Ukraine began when pro-Russian former President Viktor Yanukovych took refuge in Russia after public demonstrations in 2014. Yanukovych was receiving significant support from the eastern regions of Ukraine. In these regions, the Russian-speaking people were backing Yanukovych and his ties with Russia. The people in reaction, with the weapons provided by Russia, captured the government buildings in Donetsk and Luhansk in April.  The harsh attitude of the Kiev administration increased the tension. After the referendum in Donetsk and Luhansk on May 11, the opposition declared its independence. The Kiev administration and Western countries announced they did not recognize this decision.

The Armed Forces of Ukraine began the counter-terrorism operation to suppress the clashes. In August, Ukraine began to take advantage against separatists and seized essential regions. However, the fact that Russian troops implicitly crossed the border and provided support to the separatist groups which completely changed the direction of the conflict. At the end of September, Russia-supported secessionists took control of the Donetsk and Luhansk regions completely.

The decision to halt the conflict was taken with the participation of representatives of Russia, Ukraine, OSCE and separatist groups, in Minsk, and this process was named as Minsk-1 process. As a result of the ceasefire agreement, control and crossing points were established by determining the border line in the regions where the parties were located. The OSCE undertook the mission of observing and monitoring the ceasefire.

In January 2015, upon the re-intensification of conflict, Minsk-2 process was started by the intervention of Germany and France, and the ceasefire agreement was signed again. Accordingly, some of the decisions made were; the cessation of conflicts, the creation of a buffer zone between the military units of the parties, making their own local elections to Donetsk and Luhansk, appointing the police and judges, granting a special status to the region by the regulation to be made by the Parliament of Ukraine, declaring  amnesty to the supporters  of the conflict and returning the detainees immediately.

However, the Minsk-2 process was never fully implemented in the field. Although the clashes have partially declined, they could not be stopped completely. Russia and the separatist groups have accused Ukraine of failing to comply the promised legal arrangements. On the contrary, Ukraine suggested that the arrangements will be applied after the separatist groups’ leaving their weapons in their hands to end the conflict and Russia’s withdrawal of all weapons, equipment and soldiers in the territory.

How does Russia maintain public support in Eastern Ukraine?

The Ukrainian government stopped all payments, including pensions and financial aid for the region after 2014. Around 4 million people in the area were faced with a lack of livelihood and eventually they became in need of help. Russia began food aid to the region. Ukraine claimed that convoys mostly carry weapons and ammunition to the area. Currently, people are using the Russian ruble as currency in the region. Russia began to give pension to 1 million people since March 2015. This cost around $ 1.5 billion additional economic expense to Russia with only the payment of pensions in the year.

Russia took the crisis to another dimension by declaring the recognition of the separatists’ local passport officially since 2017. In 2018, a legislative amendment was made giving the opportunity to the President of Russia to regulate Russian citizenship for the purpose of humanitarian assistance to foreign citizens and stateless persons. The change opened the way for Russian citizenship to the separatists in Donetsk and Luhansk in case they may have asked for it. This regulation can be considered as the milestone of a major strategy.

How did Ukraine react to the decision of Russia?

Oleksandr Turchynov, Secretary of the National Security and Defence Council of Ukraine, said in a statement that “Putin has created the legal infrastructure in order to use the Russian Armed Forces officially against Ukraine. This decision opened the way for Russia to use military force for providing security to its citizens outside its borders. The best answer to this decision would be to strengthen our defense capabilities and to increase the level of international sanctions against the aggressor to put pressure on the criminal movements of the Kremlin.”

Deputy Minister for Foreign Affairs of Ukraine Sergiy Kyslytsya said that Putin applied the same scenario in South Ossetia, then attacked to Georgia in 2008 with the claim of protection of Russian citizens and the targets of this step is not only Kiev but also Berlin, Paris, Brussels and Washington.

What will happen next?

Putin spoke for the first time in relation to the Ukrainian elections after his meeting with the North Korean leader on April 25. He considered the election results as the bankruptcy of former President Poroshenko’s policies. He stated that the new administration should understand this situation very well and that Russia is ready for negotiations for peace with the contributions of both sides. He also stated that the decision to distribute the passport taken the day before was a decision made solely for humanitarian purposes.

As it can be understood from the election results, the new President Zelenskiy received the highest vote from the Central and Eastern Ukraine regions. During the election campaign, Zelenskiy advocated that the problem should be resolved peacefully by arguing that the Minsk agreement should be taken as a basis. The election of the new head of state with the highest vote of predominantly Russian-speaking people of Eastern Ukraine, led to the question of whether the popular support in Moscow is missing. The fact that a new process that will be started by a president who has the support in Eastern Ukraine will probably develop against Russia has led Moscow to change its road map.

The prospect of the annexation of Eastern Ukraine by Russia, which has long been behind the curtain and patiently laying milestones, is now more likely than ever. The reaction of Germany and France, which are the architects of the Minsk-2 process, to these developments will be seen in the coming days, whether it will pave the way for new sanctions against Russia and especially North Stream-2.

*Maritime Security Analyst at Beyond the Horizon ISSG