BlockChain Technology and Its Repercussions on Military Technology 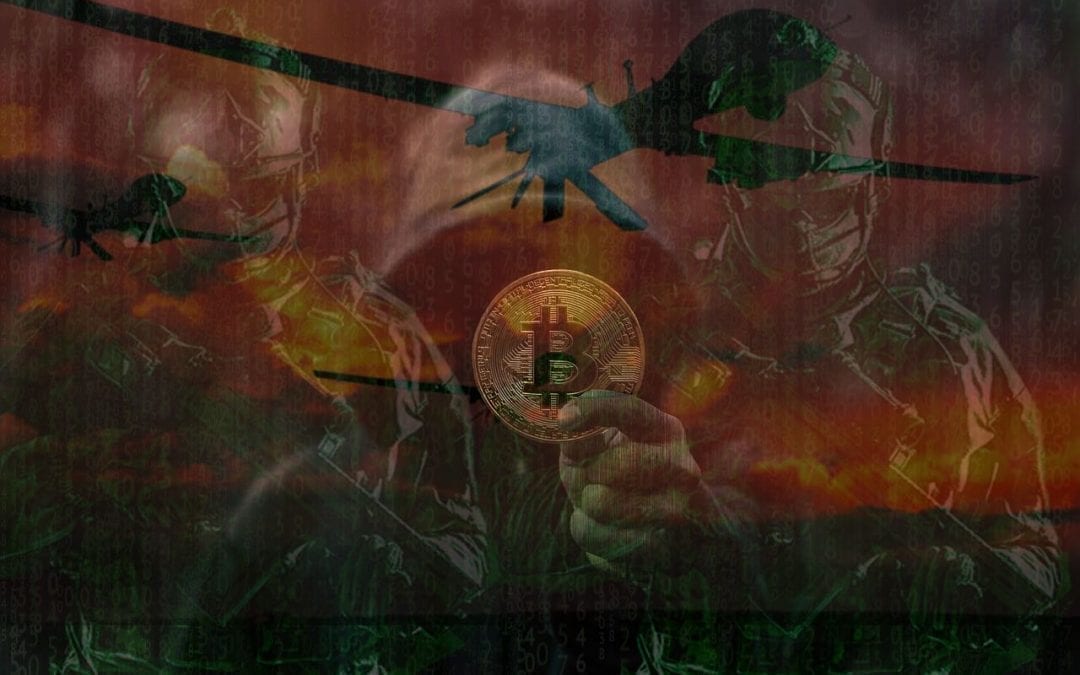 Blockchain technology began to occupy public agenda with the expansion of crypto coins as an investment and payment method. Blockchain, which has the support of smart contracts as well as mathematical algorithms, is speculated to have great potential in many areas such as the autonomous companies and the internet of things.

So, what is this Blockchain Technology? Which is supposed to have potential far beyond just crypto-money technology, and make wide range of radical changes in fields such as finance, health, banking, education, automotive, defense, cybersecurity, and supply chain? How will it affect military technology?

As it is clear from the name, Blockchain is a chain of blocks, including digital data. It was first developed in 1991 to prevent the modification of dates of the digital documents by putting timestamps on it. The purpose of the project was to create a digital document in a way that cannot be changed without the need for an approval mechanism. Blockchain technology, which could not find much more application area for its own until 2009, has occupied technology agenda permanently when the first crypto money BITCOIN developed by Satoshi Nakamoto.

Generally, Blockchain can be defined as a technology protocol that enables data sharing with trust-based transactions such as identification and authorisation in a decentralised network environment without the need for approval or control of a central authority. The Blockchain is designed as a registry that holds all operations or digital data. It is very difficult to change once a data is registered to the Blockchain. So, how is this happen?

In contrast to centralised systems, the data is stored in the distributed blocks that compose the network.  Each block has its own unique hash value as fingerprints. A hash is a value that does not give information about its content and cannot be reproduced. When a block is created, the hash value is calculated, and the slightest change in the data block causes changes in this hash value. Because each block carries the hash value of itself and the previous block, it is very difficult to modify and simulate data within the existing members of the chain.

There are three main features of Blockchain technology that come to the fore.  These are:

–           Distributed architecture that allows one copy of each data to be stored on thousands of nodes in the network.

–           The transparency that allows us to keep track of all the processes in the network.

–           Unchangeable produced data, which prevents the modification/change of data on the Blockchain.

With these features, the Blockchain is a candidate to be the backbone of the new internet structure.

Because of the advantages that it offers, Blockchain technology has started to be utilised in military areas such as cyber defense, data integrity, supply chain and secure communications. Having been subjected to large-scale cyber-attacks in 2007, Estonia has been investing in secure digital technologies based on Blockchain technology since 2012, to ensure the security of its systems.

The first place that Blockchain technology can be used in the military field is the storage and protection of confidential and critical information. Earlier, it was claimed that the data of F-35 aircraft were stolen by Chinese hackers. Since the Blockchain allows the storage of critical and confidential data in a distributed and cryptic manner, it reduces the risk of theft of all data by hackers with attacking certain points, as in central systems.

The success of a military operation depends on the accuracy and confidentiality of communication between command centres and units in the field of operations. It may be possible to infiltrate the communication system and receive data and conduct deception. Communicating with Blockchain can prevent these kinds of breaches.

In today’s conditions where the armies are designed according to the network-centric warfare concept, the safety of the satellite communication, underwater cables and critical tactical data link systems can be increased with Blockchain technology to provide protection under the electronic attack environment which can hamper communication.  Unmanned Aerial Vehicles can be used more effectively and safely with this technology.

Another area where Blockchain technology can be used is integrated air defense systems. It is possible to prevent any attacks, intending to deceive this system with false tracks. In addition, with using smart contracts in the Blockchain network, it can be defined that which air contacts can be engaged, under what conditions and with which weapon. In this way, without human intervention, the system can do the most accurate defense at the best time.

Blockchain technology offers outstanding opportunities to increase the efficiency of the global supply chain, which has a critical role in the operations of the defense industry sectors. Payment processes, verification of payments, preventing fraudulent orders, the restriction of counterfeit money circulation and increasing the responsibilities of the parties will be made easier with the Blockchain information tracking capability. According to the US Department of Defense, the Blockchain will significantly facilitate the logistics activities of the military units deployed after natural disasters.

The Blockchain has some weaknesses, along with its positive aspects. Using sophisticated algorithms to maintain data security, Blockchain uses more energy in its calculation systems. Bitcoin’s network structure, which has a market value of approximately 170 billion dollars, consumed as much energy as 159 individual countries in 2017. Due to the complex and cryptographic structure of the system, it is running slower than other network structures. There are other obstacles, such as economical scaling in addition to vast amounts of energy required.

Many countries, including the USA, Russia, China, Canada and Estonia, are heavily investing in Blockchain technology. In spite of all the advantages Blockchain has, its technology is not a magic wand that can solve every problem especially with its current development state. Besides, it can be said that if the weaknesses within its structure are eliminated, the Blockchain technology has the potential to lead to radical changes in military technology and war mentality along with artificial intelligence and internet of things.

*Security Analyst at Beyond the Horizon ISSG