by Anant Mishra* | May 2, 2019 | Commentary, Terrorism and Counterterrorism, Terrorism, Conflict and War 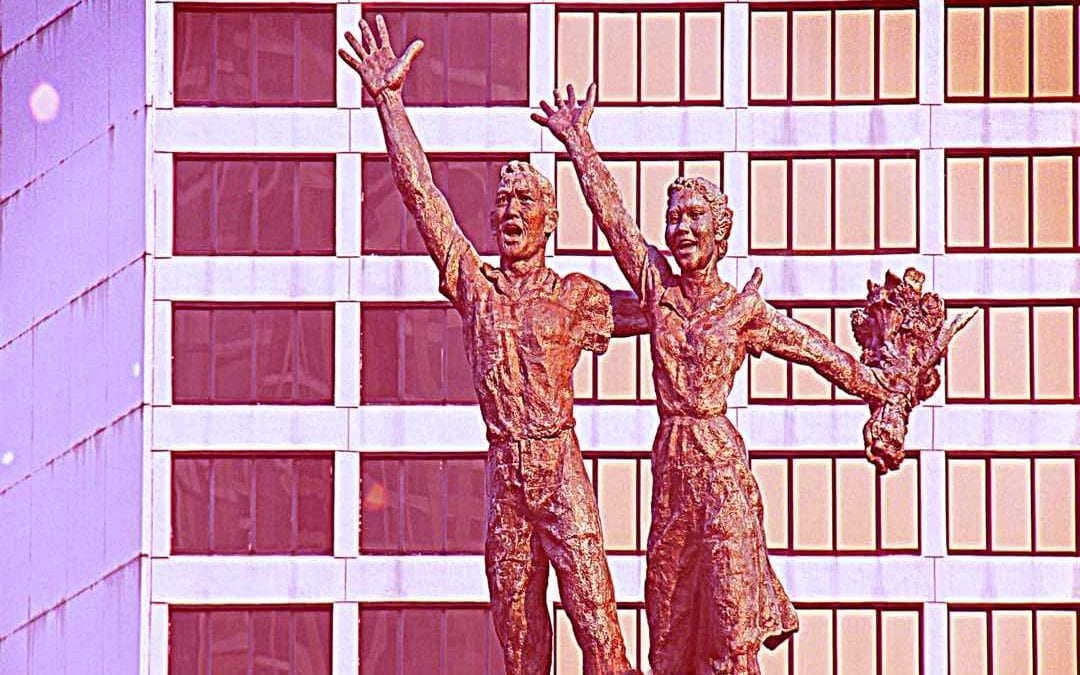 Indonesia, the world’s most populous Muslim nation, began transitioning to democracy after fall of Suharto in 1998. Immediately after the event, Indonesia witnessed the rise of radical militant Islamic factions. Many security and military experts expressed concerns about radicalisation and the challenges it had potential to pose in terms of domestic and external security of the country. The country responded to those concerns by strengthening its domestic and external security establishment. However, today, more than two decades later, the then imminent threat predicted by many military and strategic experts has turned out to be no less than an over-exaggerated assessment. This leads to some necessary yet unanswered questions. To begin with, was Indonesia successful in containing then imminent threat of radicalisation? If this is the case then, what lessons can other states learn from Indonesian example? The objective of this study is to adequately and thoroughly assess the threats posed to Indonesia’s domestic and external security and identify lessons to be learned.

There are numerous radical militant Islamic factions in Indonesia which share intense relationship with each other and have extensive interaction with hard-line propagandists and religious fundamental groups. While looking at the region’s geographical location and topography and historical interaction, this does not come as a surprise. Some of those groups include:

Some other violent Islamic militant radical factions such as Banten, Jemaah Islamiyah (JI) and Angkatan Mujahideen Islam Nusantara (AMIN) are affiliated to the Dar-ul-Islam movement (DI). Interestingly, both the DI and Tentara Islam Indonesia (TII) were recruited from Islamic militias to fight against the Dutch colonial empire. Importantly, many radical factions share, in some way or other, operational and organisational structure with these anti-colonial militant factions.

It is important to note that, in the immediate years of democracy in Indonesia, the sudden change in secular outlook of Suharto and his predecessor Sukarno destroyed political ambitions of all these Islamic militant factions by forcing strict restrictions on them.

Moreover, Sukharno systematically banned DI and TII. However, their affiliate factions continued their fight for Negara Islam Indonesia (NII). With staunch followers rising to over 13,000, majorly in West Java, South Sulawesi and Aceh, security institutions began preparing for massive military campaigns and those groups were eventually defeated in a bloody military engagement. DI and TII failed to recover operationally. However, their humiliating defeat continues to resonate within affiliate groups, sympathisers and certain section of the masses.

Today, the threat perception is largely quantified because of the significant presence of Hadrami (Indonesians with Middle East decent). A large percentage of these individuals were active members of Mujahedeen with extensive combat experience. These former fighters, played extensive tutorial roles for radical Islamic factions, some even becoming influential Islamic scholars and clergy.

In the light of extensive terror network in multiple regions, militant faction such as JI began propagating their candidacy to become Al Qaeda’s regional affiliate in South Asia region. JI, along with regional and sub-regional militant partners, began advocating the idea of establishing darul Islam nusantara (Islamic State archipelago) which soon became their principle objective. However, in the light of few actual JI documents available, it is quite difficult to understand whether this objective to establish darul Islam nusantara was really targeted or if it was a meagre tool for propaganda.

Moving ahead, it is without doubt that JI pose a credible threat to the domestic and external security of the region, which becomes too certain considering its ability to recruit and carry out operations. To begin with, the Bali and Sulawesi bombings in 2002, the JW Mariott Hotel bombings in 2003, the Australian embassy suicide bombings in 2004 followed by Bali restaurant bombings in 2005, carried JI signatures. Furthermore, the Marriot and Ritz Carlton bombings in Jakarta carried signatures of JI affiliate faction, possibly Tanzim Qaedat al-Jihad. The reason behind JI’s emergence points towards its will to take revenge from  the Indonesia-US-Australia supported counter-terrorism unit Detasemen Khusus 88 (Special Detachment 88) which employed aggressive strategy to systematically pursuit JI operatives. With an aggressive pragmatic operational mechanism in place, Detasemen Khusus 88 is solely credited with dismantling the JI’s organisational/operational structure.

Many radical militant factions do not share JI’s motivation. Islamist factions such as LPI and LJ have publicly denied any relationship with al-Qaeda and maintain their focus on domestic issues. Their signatures have been mapped in sectarian conflicts in Central Sulawesi and the Maluku Islands, with military and intelligence experts even confirming their role. Particularly, LJ considers itself the sole protector of Muslims in Maleku, where it shares extensive support. However, in the light of communal conflicts in regions such as Central Sulawesi, new opportunities could arise for JI and the Abu Bakar Ba’asyir affiliate group of Jama’ah Ansharut Tauhid (JAT) to recruit and spread their influence.

In spite of repetitive refutation from radical Islamic organisations, security and intelligence agencies, however, highlighted on LPI’s and LJ’s indirect relationship with such radical Islamic orthodox in particular, the Dewan Dakwah Islamiyah Indonesia (DDII) along with Komite Indonesia Untuk Solidaritas dengan Dunia Islam (KISDI). Furthermore, many security and intelligence agencies have expressed concerns regarding financial interactions between DDII and KISDI with Saudi Arabia and Kuwait.

According to a report published by the United Nations Counter Terrorism Implementation Task Force (UNCTITF), roughly 20 to 25 percent of charity raised dollars by Saudi Arabia and Kuwait sent to Indonesia ends up with Islamist terrorist factions.

Moreover, many humanitarian institutions such as Komite Aksi Penanggulangan Akibat Krisis (KOMPAK) or Crisis Management/Prevention Committee which was set up in 1988 to assist the displaced individuals and conflict-ridden families in central region of Sulawesi funnel monetary aid to militant factions.

In the light of sheer absence of responsibility/accountability to investigate the cases and absence of sufficient evidence, security agencies failed to establish connection with militant Islamic factions. Furthermore, many sympathetic officers within the Indonesian law enforcement and security agencies subsequently disappeared possible hard evidences, which assisted Islamist militant factions to retain a possible stronghold.

Factors which could compromise security

It is important to note that, the militant Islamist factions in Indonesia do not have necessary support they need. Moreover, the Indonesian population is more inclined to establishment of rule of law. Particularly, the Indonesian Muslims are themselves advocators of rules established by law, and from time to time, do assist regional and national law enforcement agencies keeping crime in check. The traditional theocracy based on coercion by Islamic regime does not apply here.

However, the then President Susilo Bambang Yudhoyono’s selective handling of such vital issues invited acute criticism. The incumbent President Joko Widodo is also feeling the heat of criticism for not adequately taking measures to combat against such Islamist factions. The formation of a new National Counterterrorism Agency (BNPT – Badan Nasional Penanggulangan Terorisme), the brain child of the then President Yudhoyono, was initially hailed as a strong tool while many considered it a game changer. However, it failed to create the effect expected even though the operational structure was specifically dedicated to countering Islamist radical factions constituting a first in the history of Indonesian Security architecture. Playing the no-sum game, Indonesia tried to tackle the issue with simultaneous hard and soft approaches. This approach extensively backfired and proved to be highly unproductive. During the soft approach, the security agencies failed to maintain string vigilance in prisons, which soon became breeding grounds for new recruits and radicalisation hubs.

If the militants imprisoned (particularly those with life sentence with possibility of parole) could understand and assess the consequences of their violent actions, law enforcement officers could re-build trust/confidence, opening the doors for a second chance. Using this confidence building mechanism as a leverage, the intelligence and security agencies could analyse vital information from these militants, particularly those related to recruitment, breeding grounds and motivation.

Furthermore, policy makers must actively and aggressively formulate a region-centric de-radicalization policy. In an effort to adequately and effectively counter Islamic radical factions, policy makers must focus their attention to de-radicalisation of these youth. Experts state that a de-radicalisation policy, on a longer run, assists these militants to change their course from violence and terror while permanently severing their connection with previous acts of violence or guilt, initiating a new beginning. Furthermore, sessions should be conducted where these militants could express their personal accounts/horrors, making it as an example to other youth. Moreover, these inmates can then communicate with other militants in the prison, initiating confidence building mechanism for other inmates to cooperate with law enforcement institutions. Policy makers must note that, the true objective behind this initiative is to give these mis-guided individuals a second walk of life. Extensive interrogation, repetitive beatings, incarceration would further fuel anger and hostility not only limiting to the inmates, but also among their family members.

Moreover, policy makers must understand that the difference between minimal state interference and persuasion in religious affairs is of a thin line. Some factions recently emerging, have condoned religious sensitivities over domestic and external state security. Cloaking behind the headlines of unity for prosperity, certain individuals within law enforcement and military institutions continue to overlook the activities of religiously motivated hardliners. They continue to deliver radical sermons and hate speeches, inciting violence and radical propaganda/activities. Such intolerance, if intentionally ignored/overlooked, could potentially act as motivating boosters for new recruits, which on a later stage, could adversely compromise the region’s domestic and external security.

The tendency to intentionally overlook radical factions terrorising religious minorities for political ambitions, remains one of the principle issues which policy makers must focus their attention on. Their non-intervention points towards the state’s tolerance to such radical religiously induced violence while questioning the state’s responsibility to protect human lives and its moral obligations to protect religious minorities. This continues to create a vacuum of tolerance which militant Islamist radical factions then extensively use as a tool for propaganda.

Policy makers must note that, the allure of radical Islamist ideology is limited to Indonesian unemployed disillusioned radical youth and that those organisations do not have social support base. The support keeping them going is the extensive communication and coordination between militant factions operating beyond borders. This is how large sum of finances being channelled to these militant factions from charities and non-governmental organisations. Finally, it should be noted that in the event of a conflict, the fighters cross borders comfortably, which points towards porous borders, another major issue which policy makers must focus.

*Anant Mishra is a Researcher (Homeland Security & Anti-Terrorism) at the Institute of Forensic Science, Gujarat Forensic Sciences University, Gujarat. He is a Counter-Insurgency specialist with operational insight on Afghanistan.