Berlin Conference; Keeping the promises is the key to success! 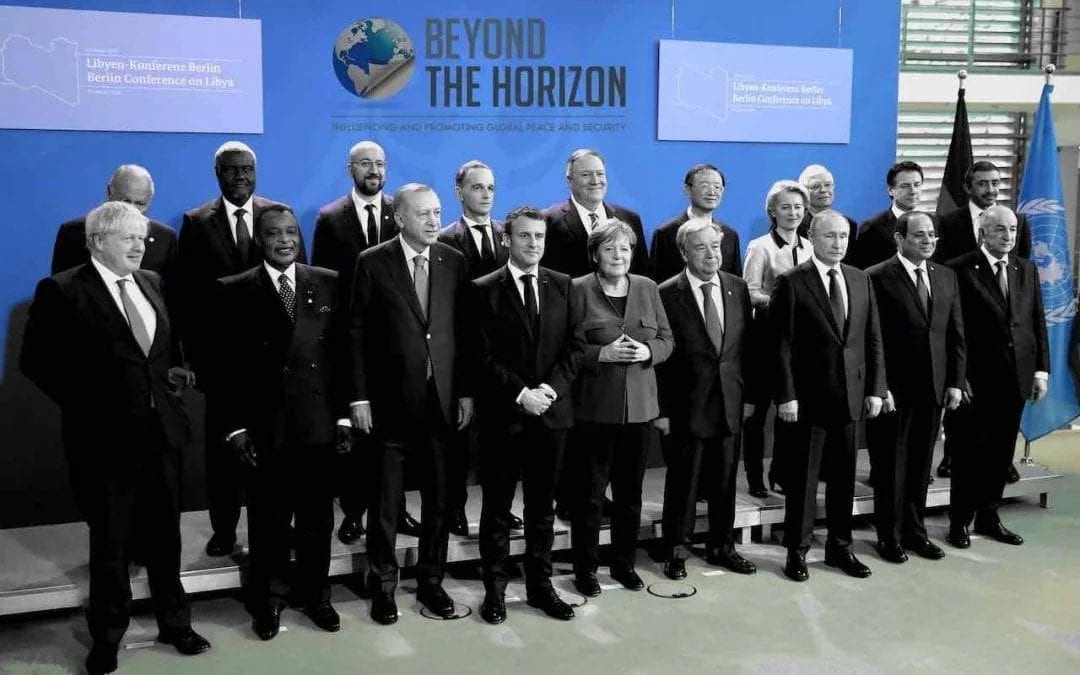 Merkel highlighted two main results of the Berlin Conference; the first one is continuation of a fragile truce, which could turn into a permanent cease-fire through military committee negotiations of the warring factions and the second one is the re-commitment of the participating states to the implementation of arms embargo ending the flow of military support to warring parties. Military committees will compose of five representatives from LNA and GNA and will start negotiations immediately next week in Geneva. If implemented, these two results are enough to consider the Berlin Conference as a success on the way of reaching a political solution in Libya. However, considering the infamous records of the warring parties on honouring their promises that they have thus far made within the context of international conferences/meetings, it is not easy to be optimistic. Previously in Skhirat, Paris, Palermo and Abu Dhabi, these factions made many promises and failed to keep them upon return to Libya.

Thus, the onus falls on the United Nations Security Council (UNSC). All permanent representatives were present at the Berlin, together with all “suspects”, who are likely to violate arms embargo and ship weapons to warring factions. These are Egypt, UAE, France and Russia for Haftar; Turkey for Serraj. UNSC should throw its weight behind the results of the Berlin Conference and enforce the implementation. Lack of a discussion and consensus on the sanctions to the spoilers of this agreement is one of the drawbacks of the Conference. It is not clear if the Libyan factions continue fighting or foreign meddlers continue shipping weapons and foreign fighters to Libya. Another disadvantage is Haftar and Serraj were not sitting around the same negotiation table with the international leaders, when they were discussing the issues that are directly subject to their consent and cooperation. Exclusion of KSA, Jordan, Qatar, Tunis, Morocco and Greece could be counted as another weak point of the Berlin Conference, as these countries are also essential players in the Libya Crisis. At least they can foil the implementation of Conference outcomes.

If the representatives of Haftar and Serraj reach a cease-fire agreement in Geneva, the question will be how to monitor the cease-fire conditions. At that point, an international peacekeeping or monitoring mechanism could be established in Libya. Composition of such a mission will be one of the next discussion point, for the internal and external actors of Libya. While Turkey and Russia are new power brokers, European actors and the United States might want to take the lead of this new initiative to regain their credibility in Libya. Haftar already draws a red line to giving Erdogan a role in such kind of monitoring/peacekeeping initiative. Obviously, the type and composition of such a mission will be another point of discussion among the regional and international actors.

In the meantime, the new foreign policy chief of EU, Joseph Borrell, signals a more assertive EU policy in Libya. His words to German weekly Spiegel last week are a confession of EU’s ineffectiveness up to know and indicates that he will take a position in favour of sending EU troops to Libya. His statements over 700.000 people who already fled to Libya from Sahel region cue that possibility of a new flow of irregular migration from Libya persists to be a horror scenario for for the EU.

On the other hand, eastern Libya tribes declared that they closed the oil fields and ports of Libya, just before Berlin Conference, claiming that as long as Tripoli government continue to use oil revenues to fund foreign fighters and mercenaries, they will not allow the oil flow again. It will be too naïve to believe that oil flow cannot be closed without Haftar’s blessing. Oil field closure is as significant as the Conference itself. Bearing in mind the reason and conditions of removing the cessation of oil flow, it seems not easy to reach an agreement with Tripoli groups in the short term. Considering the dependence of economy, daily life of Libyans and government functions on oil revenue; this move will have a significant impact on the ground. It will also influence the international economy through oil price and global oil companies running Libya oil fields. With this move, Haftar wanted to show his magnitude to all participants of Berlin and use it as pressure against his interlocutors. German politicians pushed this subject into the background and didn’t let the oil flow-related discussions highjack the Conference agenda; however, oil revenue is a highly sensitive issue for all Libyan parties and might become a new line of trouble threatening the peace process in the country.