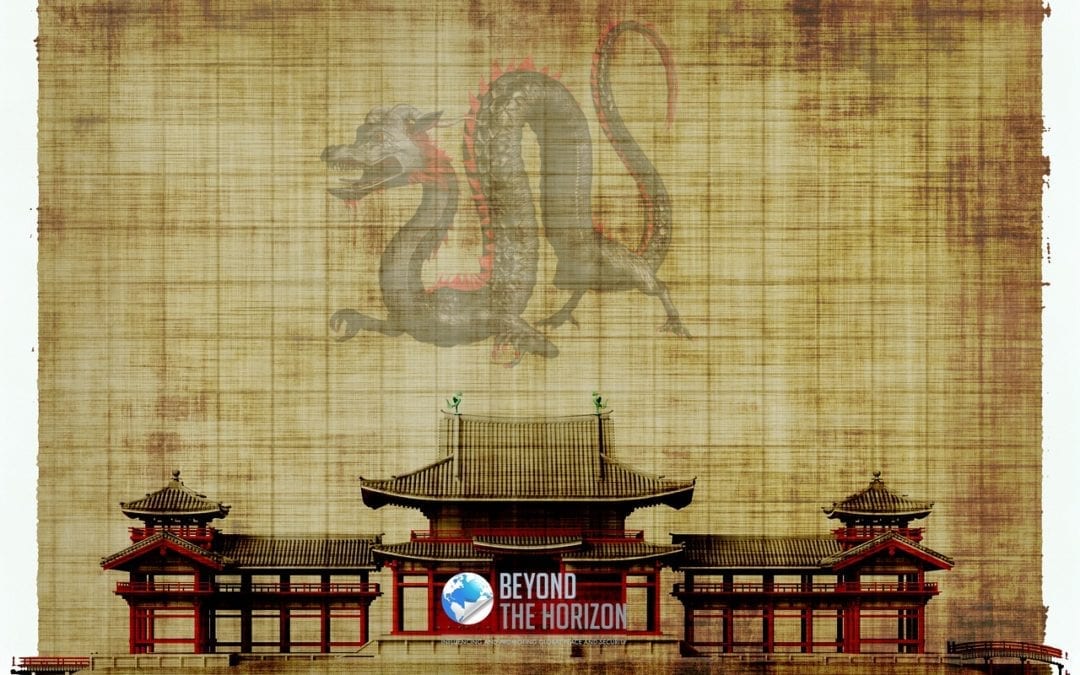 China is gradually turning into a country that closes the shutters. There is a giant in front of us and walls grow in front of it as it grows. We will not be able to see what is happening behind the wall; there is not much left, except for a tiny ray leaking out. Just as China has already been creating an alternative world for the Chinese people for a long time, there has just been an effort to create a separate Chinese image to the world in recent years.

Mobile applications are one of the tools for Chinese Communist Party in creating an alternative China for the Chinese people. In this regard, the social communication network WeChat has been in our lives since its inception. While one can register under any name in the first years, foreigners cannot currently login without real passport information. If one intends to have a Chinese WeChat account, things get even easier if he or she has a Chinese bank account. In times of Covid-19, WeChat also works as an alternative ID. The WeChat ID system was first piloted in Guangdong in 2017 and the city of Guangzhou’s Public Security Bureau has become the first in China to accept an online ID system through WeChat.  Citizens can have a WeChat ID by scanning QR code or through face and fingerprint recognition, which means one won’t need to use a physical ID card. In this process, it is also possible to register for the Health Code, which is created to check the travel status of people, and hence their health status on WeChat. If one doesn’t have a health code, it is almost impossible to travel in China these days.

Another social media platform, Weibo, was created in 2009 after Twitter. Weibo is a “microblogging” platform and has 516 million monthly active users by December 2019. As Twitter is banned in China, Weibo is created as one of the alternatives launched by Sina Corporation which has strong ties to CCP. Sometimes It is referred to as Chinese “Facebook” as it’s more open and newsfeed based than WeChat. To be frank, Weibo is more functional than Twitter. It can attract many users with animated emoticons, videos and music, and the users  can join creation of content by adding more sections such as Albums, Stories, and Articles.

The problem is if one discusses a forbidden topic, his / her account can be blocked. Such restrictions are based on the law published in 2016. China’s Cybersecurity and Internet Policy Chief Lu Wei said at a Russian forum that online freedom was not a right but a responsibility to be kept in check. Referring to Cyber Security Law, Song Minglei argues in his article “The Necessity of Current Network Censorship in China” that hostile forces at home and abroad publish and disseminate information that is not conducive to China’s political security through online platforms, which pose some challenges for China’s social governance and national security. So, according to him, network censorship has to be made by the government for national sovereignty, regional security, and China’s political security.

As I mentioned so far, China has built thick walls between herself and the outside world. ‘Alternative China’, which is aimed to be created, also has an exterior aspect. Just as it blocks the flow of information from the outside, it blocks the flow of information from inside to outside as well. The best example to that is the challenge of reaching academic publications in the Chinese database. If anyone who lives abroad does not own a Chinese registered phone number or bank account, he or she cannot reach any publication. Though Western-based university libraries have ties with their Chinese counterparts, it only allows a limited outreach to publications in China. Regardless of the subject, one may have difficulties in reaching articles from time to time. Some of the publications may not be available, whether they have political content or not. With all these blockings, they make any information and documents invisible that may lead to possible human rights criticism.

Due to these restrictions, it is no more possible to reach academic publications directly. In the past, access was available on the occasion of a VPN service. However, it is not possible to download VPN applications of foreign origin within the borders of China in recent years. Understandably, Chinese-made VPNs don’t work very well or maybe they are never assumed to do so. Even if one insists to use a foreign originated VPN, in this case Chinese applications are blocked. In other words, China forces you to choose between the two worlds, either you will choose alternative China or the rest of the world, i.e. the real world.

China has not lifted the veil of secrecy during the propagation phase of COVID-19. It seems that soon, those who own data about China will have the upper hand. Yet, if China continues to build that Great Firewall, the information available will also be exhausted, eventually with no possible update in sight.

One can argue that China aims to manage public opinion at large. Chinese state institutions create many official Twitter accounts recently. They determine what the world needs to know and share information accordingly. The academics and journalists abroad are only given limited information filtered by Chinese authorities. It is becoming impossible to see the what’s going on in China from outside and vice versa.

It seems that currently, just as it creates an alternative world for its people, it creates an alternative China for us. The ideas that underpin this have been spoken aloud at Xinhua News Agency National High-end Think Tank Forum which was held in Beijing on the 7th of April 2016. The topic of the forum was “Strategy and Path: Constructing a Discourse System Integrating China and Foreign Countries” and it was focused on how to build a Chinese and foreign discourse system as well as how to shape a good Chinese image. In his speech, Wang Xiaohui, vice-minister of the Central Propaganda Department, said that the core of constructing a Chinese-foreign discourse system is to explain Chinese practice in Chinese discourse. He also said that “It is necessary to thoroughly sort out the important issues related to China that the international community has long been concerned about.” He also added that China needs to have a ‘Chinese remark’ to discuss global issues. With this, it seems China chose to put make-up on the patient instead of curing. They focus more on ‘how it looks’ than how it is.

Since they are building such thick walls, China is trying to hide its misery. It puts a ‘smiling’ cardboard silhouette on this side of the wall and expects public opinion around the world to believe in this cardboard figure. No one is able to tell how big the giant behind the wall grew in these conditions. But by hiding behind the wall, China loses the trust more.