A Quick Overview of the Strategic Compass 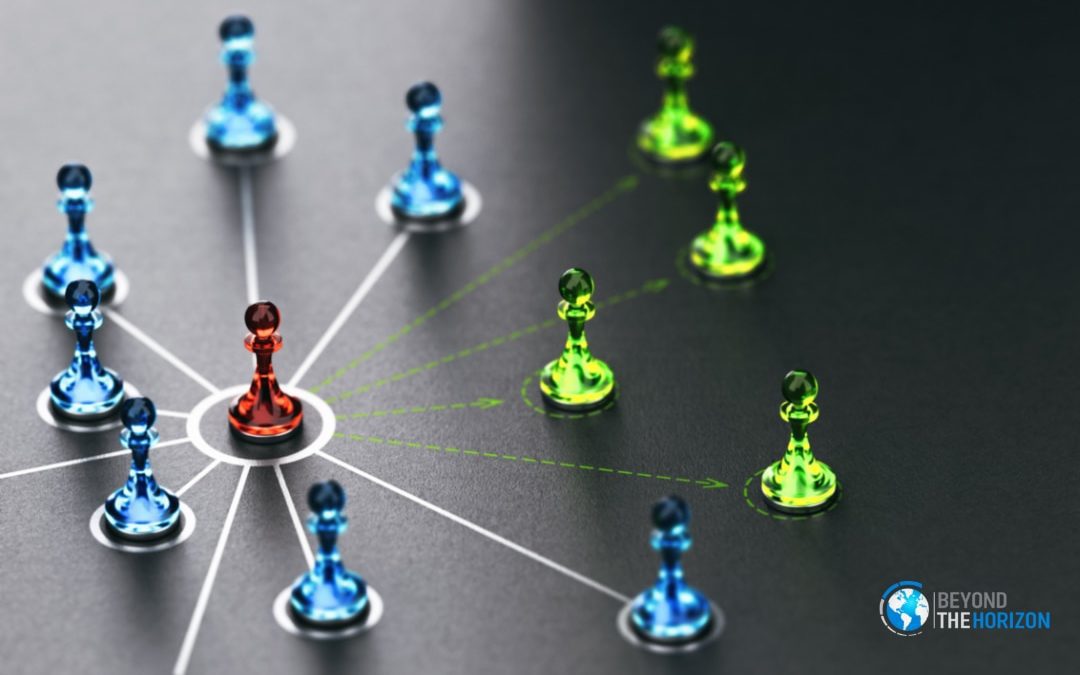 A bit of a History

The EU’s first strategy document, European Security Strategy, dates back to 2003, in the wake of the longstanding Cold War. Penned at a time of enormous hope, prosperity and an absence of a global rival, the EU’s self-confidence is reflected throughout the text, notably with the very first sentence: “Europe has never been so prosperous, so secure nor so free.”. European Security Strategy continued and concluded by being optimistic for the future “This is a world of new dangers but also of new opportunities.”.

The second strategy document, EU Global Strategy, came quite late in 2016, after 13 years of significant global events such as the Financial Crisis (2008), the Russo-Georgian War (2008), Arab Spring (2010), and the Annexation of Crimea by Russia (2014) to name just a few. One can easily see the profound change in the discourse:

“We need a stronger Europe. This is what our citizens deserve, this is what the wider world expects. We live in times of existential crisis, within and beyond the European Union. Our Union is under threat. Our European project, which has brought unprecedented peace, prosperity and democracy, is being questioned.”

The Strategic Compass is the third iteration in the EU’s search for a common security strategy. This document seems to combine a strategy document and an action plan. Although the Strategic Compass asserts to be ambitious, it provides modest but concrete actions to achieve its objectives, and the enshrined action plan offers clear deadlines for courses of action. The EU and its Member States commit themselves to achieving their objectives with binding deadlines, improving the document’s credibility.

The detailed and binding courses of action herald one thing, there is an unprecedented solid political will backing the Strategic Compass, and it’s the most prominent feature of the document. This political will was very recently boosted with the Russian invasion of Ukraine as the EU, and its Member States felt an imminent and existential threat.

Finally, the Strategic Compass is a more introverted document when compared to the previous strategic documents. One can see no mention of the need to reform the UN or EU enlargement, and only inward-looking policies which were once handled globally (e.g. migration). Thus, the enshrined action plan focuses on modest remedies instead of a global outreach.

Thoughts on some proposed actions

The Strategic Compass provides an action plan with clear deadlines. Some actions are more prominent and even contentious than others, such as developing EU Rapid Deployment Capacity, revising the Headline Goal process, working on VAT waiver to support joint defence procurement and development, empowering Military Planning and Conduct Capability (MPCC), including executive operations. There is a need for reflection on some of those actions.

To start with, the EU Rapid Deployment Capacity will, for sure, provide greater flexibility for the EU with 5.000 troops and required strategic enablers. However, developing this capability on the ‘substantially’ modified EU Battlegroups is flawed. There used to be frequent gaps in the EU Battlegroup roster, leaving the EU without a stand-by force at all for a couple of stand-by periods. Moreover, the EU failed to deploy it even where it perfectly matched[1]. One can argue that there is a clear political will behind the Strategic Compass, yet, it cannot be automatically claimed for the EU Rapid Deployment Capacity. Continuation of such practices might compromise the latter’s credibility from the onset.

Another flaw is the regionality of EU Battlegroups which will provide a basis for the EU Rapid Deployment Capacity. The battlegroups are often, if not always, formed regionally, such as the Visegrád Group (V4), Nordic countries, francophone or German-speaking countries etc. While these formations reflect practical necessities (transportation, language, common military culture), this regional arrangement also hinders the development of a genuine European force and military culture.

There is also a need to attract attention to the decision-making process:

“With unanimity as the norm for decision-making having military or defence implications, we need more rapidity, robustness and flexibility to undertake the full range of crisis management tasks.”

Without offering any novelty in this area, the Strategic Compass simply offers ‘unused’ or ‘underused’ clauses of the treaties, such as implementing Article 44 TEU and constructive abstention (Article 31 TEU). The former, Article 44 TEU, allows a group of willing and capable Member States (instead of the EU Member States as a whole) to plan and conduct a mission or operation within the EU framework and under the Council’s political oversight. This clause has never been implemented. The latter, Constructive abstention (Article 31 TEU), enables a Member State to abstain from voting and evade implementing the Council decision, which is binding for others. This clause is implemented only once as the Member States often tend to veto Council decisions they don’t feel comfortable with instead of abstaining from voting. These are existing but unused or underused clauses of the treaties, and it is not clear why the Member States would be enthusiastic about implementing them from now on. Hungary’s recent stance[2] on sanctions against Russia hints at the possibility of implementing them in the future.

Strengthening Military Planning and Conduct Capability (MPCC) is another modest but positive move in the right direction. With a view to being the preferred command and control structure of the European Union, MPCC will be “able to plan and conduct all non-executive military missions and two small-scale or one medium-scale executive operation/s, as well as live exercises”. It seems that a common understanding has been reached on an autonomous headquarter within the EU, following the UK’s longstanding objections for a (military) headquarters not to double that of NATO’s (SHAPE) during its EU membership. Still, the UK might still continue its objection as a non-EU Ally, which might increase friction between the EU and NATO.

The EU also pledges to enhance defence expenditure and swiftly reduce capability gaps as well as strengthen European Defence Technological and Industrial Base. Germany’s unprecedented and swift shift to more military spending, including allocating an immediate share of €100 billion within the 2022 budget and buying 35 off-the-shelf F-35s to better equip the Bundeswehr, manifests the most powerful political will from one of the most frugal Member States to military expenditure.

This is good news on the one hand but also bad news on the other for the European defence and security policymakers. It is good news because such huge spending will surely close critical capability gaps of the EU Member States. One can assume that the other Member States will follow suit when this is done by the most lukewarm Member State. The bad news is that closing the capability gaps in the short term means buying off-the-shelf military weapons and equipment, mostly from the US, further deteriorating the balance in transatlantic defence procurement at a time when the EU is trying to strengthen European Defence Technological and Industrial Base. In this regard, Germany’s F-35 purchase might further jeopardise the stalled agreement on the next generation fighter to be co-developed by France and Germany.

So, one can argue that the EU Member States will spend more on security and defence in the short term. However, they will likely buy off-the-shelf weapons and equipment to close their critical capability gaps. It seems to be the most rational way considering the imminent and existential threat (Russian invasion of Ukraine). However, this will for sure put off European defence industry endeavours.

One important point worth mentioning is to prevent EU Member States’ enthusiasm wane for co-developing European defence equipment in the long term. The Strategic Compass throws on the table the long-discussed VAT waiver on joint procurement of European defence equipment. Having the VAT waiver officially on the agenda is good news. This will likely be supported by new financing solutions and a ‘potential’ reinforcement of the EDF bonus system, all of which hardly herald a bright future for the European Defence Technological and Industrial Base in the midterm.

Revising the Headline Goal process can be considered the bonus of the Strategic Compass. Even though it is meant to be a review of the capability development process, it may invoke revisiting Headline Goal itself and let Member States decide on a rational and achievable level of ambition instead of one which was adopted in 1999 and is far from what the EU can achieve in the foreseeable feature.

Last, but not least, the Strategic Compass includes a working strand dubbed Partner. Partnering with international organisations and like-minded countries is an instrument for the EU to become a global strategic player from the European Security Strategy on. Still, a partnership is one of the weakest links in the security and defence policy chain of the EU.

For the organisations, the EU is truly endeavouring to develop its partnership essentially with the UN and NATO. While the EU has considerably developed its partnership with the former, its attempts with the latter have been mostly hindered by non-EU NATO Allies, particularly Turkey. A robust partnership between the EU and NATO seems hardly plausible unless Turkey is satisfied, which seems even more complicated with the Erdogan government.

The Strategic Compass provides a modest action plan, some of which are already on the table, un- or underused (Article 44 TEU, constructive abstention), some others are improved (MPCC) or somehow modified (EU Rapid Deployment Capacity). Still, it’s not a strategy but a modest action plan in the right direction.

The EU Member States will likely close some of their critical capability gaps in the short term but in exchange for a belated European Defence Technological and Industrial Base, and more efforts will be needed to revive European endeavour in developing joint defence equipment. On the other hand, buying off-the-shelf US military equipment will strengthen overly worn transatlantic ties in the short term.

The strongest feature of the Strategic Compass is the political will behind it, boosted by the imminent and existential threat. Nevertheless, some of the EU Member States, i.e. Poland, Hungary and Czechia, to name a few, still have problems with the core European values such as democracy, the rule of law and human rights, which undermines the implementation of the Strategic Compass.

The Partnership is the weakest working strand in the document. The EU focuses to few partner organisations and third countries, with special attention to the US and NATO. Still, beyond the content of the Strategic Compass, the increased contacts and relationship during the Russian Invasion of Ukraine manifest that the EU and NATO, read the US, should work harmoniously to preserve peace and security, laying aside contentious issues.

[1] In 2014, the EU could not reach a consensus on mandating its stand-by battlegroup at the time and instead had to go through a lengthy force generation process to form a similar size force (EUFOR RCA) to provide temporary support in achieving a safe and secure environment in the Bangui area (Central African Republic).

[2] Vetoing instead of abstaining from voting.