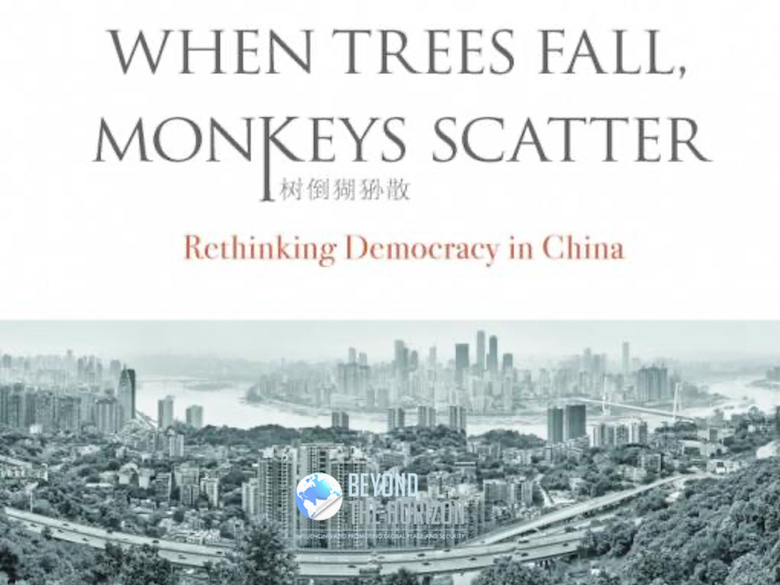 ‘When Trees Fall, Monkeys Scatter: Rethinking Democracy in China’ is an important book that tackles a timely and depressing issue of our times, the emergence of new types of regimes. John Keane, the author of the book, is renowned for his imaginative thinking about democracy and its future. One of his most prominent books is ‘The Life and Death of Democracy’ which is the first full-scale history of democracy after a century.

Over the last few decades, new types of regimes have been engulfing the world. These regimes appear to be democratic. Yet, inside these regimes, there are sizable efforts to undermine the very fundamental tenets of democracy, such as freedom of assembly and speech. Keane in this book, explains the complexity of such regimes as follows, ‘Contemporary political trends in China befuddle inherited narratives of authoritarianism and democracy’.

Keane starts with criticising orientalist views on China which claim that China is an authoritarian regime. Then he explains why Chinese regime type cannot be categorized purely as authoritarianism, as many scholars did in the past years.

Following this criticism, he depicts the ways Chinese government sustains its popularity despite many of its undemocratic acts and policies. Regimes such as China, he posits, to some degree keep their democratic aspects like elections to be seen legitimate in the face of both domestic and international audience. He utilizes a new framework to address and understand this “Chinese-made democracy” by offering the concept of “Phantom Democracy”.

‘Phantom Democracy’, to describe briefly, attempts to find an answer to the question of how such regimes sustain or even increase their popularity and legitimacy through wider popular consent. It does so by mapping six major phantom democratic strategies, namely the talk of the people, public opinion polls, public opinion leaders, media storms, the rule of law and elections. ‘Phantom Democracy’ is a system in which the regime creates loyalty in citizens by cultivating the phantasm of democracy, the feeling that they live in a “real” democracy.

The choice of the unorthodox term “phantom” is significant for the argument of the book. Phantom here means something between real and unreal. The author perfectly adapts the analogy of a phantom limb for a better understanding. For a person who experienced it, a phantom limb is not simply an imagination. It was for that person a part of his / her reality. Similarly, in a phantom democracy, the citizenry feels like they live in a democracy despite undemocratic changes or manipulations to its very nature and diminishment of its existence.

For Keane, phantom democracies, by nurturing the feeling of democracy and keeping to some degree the fundamental mechanisms like elections and institutions such as the judiciary and media keep fertile the seeds that can support more fuller forms of democracy. This, in many ways, gives us a hope that these regimes might end up developing a robust democracy or as Keane calls it a ‘Monitory Democracy’ where democracy means something beyond free and fair elections.

This concept of ‘Phantom Democracy’ offers us a fresh way of looking at regimes like China, Hungary, and so forth. Given that old concepts such as, ‘Illiberal Democracy’ and ‘Competitive Authoritarianism’, fail to fathom these new emerging regimes, John Keane provides us with a novel way of thinking about the decline of democracy around the world. On the other hand, as Jean-Paul Gagnon delicately puts, Keane starts us off but leaves much wanting. This book is indeed an excellent read for political science students or any other reader who is interested in China or the decline of democracy in general.

** Ibrahim Genc is a PhD candidate at the Victoria University.