How Can Turkey and Armenia be Good Neighbours? 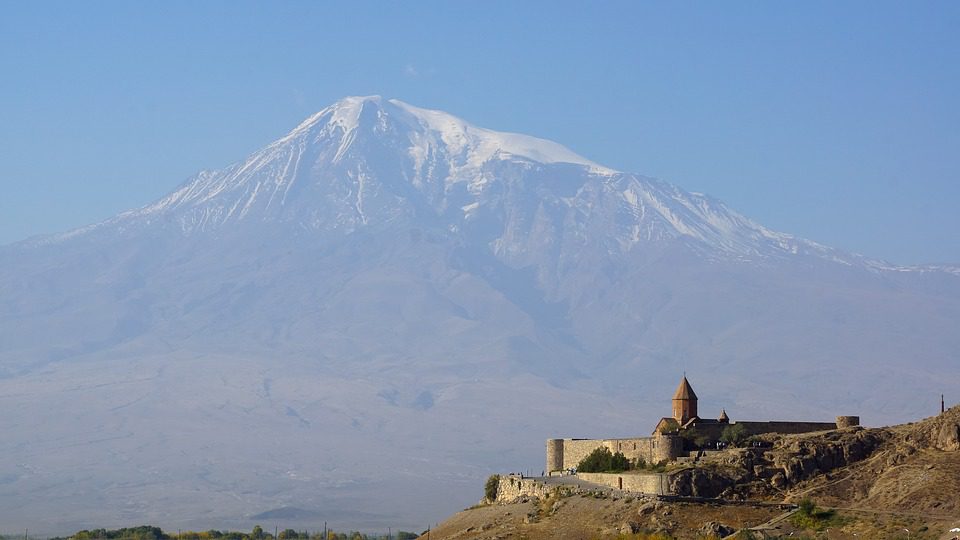 Even though Turkey and Armenia have severe hostilities, the peaceful relations between ordinary Turks and Armenians have a very long history going back to even before Ottoman Empire.
Until the late 19th century, these two ethnic groups lived at peace, and moreover, Ottomans call Armenians as “the most loyal nation” in the empire. Ottoman Empire allowed Armenians to work in various segments of the state bureaucracy, such as in military, education, economy, politics, and Armenians provided a significant service for a long time in doing their jobs in the state bureaucracy[1]. After 1878 Treaty of Berlin, however, Russia tried to instigate and even supported some ethnic groups within Ottoman Empire to further weaken “the Sick Man of Europe”, and Armenians are one of those ethnic groups that is instigated and encouraged by Russia to rebel against the Ottomans. Some Armenians created armed groups against the Empire, and killed many Turkish civilians in Anatolia but Turks also retaliated to these killings with violence[2]. The relocation of Armenians in World War I, and the death of many Armenians during the relocation was the last straw in Turkish-Armenian relations, and unfortunately, the long-lived ethnic peace between these two nations was replaced with a huge animosity lasting over 100 years.

In this article, I do not discuss neither the underlying reasons that lie behind such a long hostility nor the arguments that either Armenia or Turkey uses to defend their positions. Rather, I focus on the potential solutions that might contribute to the resolution of this hostility between two nations, and bring the ethnic peace back.

My first suggestion, in this sense is to increase economic interaction between the sides. Armenia as a landlocked country faces poor economic conditions with around a-2500 dollar GDP per capita. She has bad relations with her neighbors, Turkey and Azerbaijan, and this considerably reduces Armenia’s ability to integrate into the world trade. While Georgia was the only country for Armenia to sustain her economic ties with the world economy, 2008 Russian-Georgia conflict and subsequent Russian blockage against Georgia put Armenia in a very difficult position in doing her foreign trade. In 2015, Armenian people started to protest worsening economic conditions against the government[3].

Given these economic realities on the ground, it might be rational for Turkey to use her geopolitical position, and offer Armenia to increase bilateral trade as well as help Armenia to integrate into the world trade through Turkey. Currently, the border between Turkey and Armenia has been closed since 1993, and bilateral trade has also stopped since that year[4]. Increasing economic relations might encourage Armenia to soften her stance in what they call “genocide” issue because sustaining the hawkish stance on this issue may disrupt the bilateral trade, and Armenia’s ability to integrate into the world trade. In this sense, accepting Turkey’s offer is also rational for the Armenian governments because this may make a positive contribution to the Armenian economy, and appease anti-government protests due to the poor economic conditions. In the end of the day, the Armenian governments may take advantage of improving economic relations with Turkey for their reelection that may otherwise not be possible given the current economic indicators. Even though such a rapprochement with Turkey may disturb nationalist politicians or people in Armenia, any step taken by the government to improve poor economic conditions will be appreciated by the majority of Armenian population because securing their economic prosperity in such a worsening economy will be much more important for Armenians than Turkey’s apology for what they call “genocide”. The apology might be a victory for the Armenian government but it will not necessarily help them to overcome the economic strains of Armenian people. As a result, increasing economic interaction initiated by Turkey might be a good step toward the resolution of the 1915 issue because such a step seems to be a win-win strategy for both actors.

Even though improving economic relations can be a significant step that can contribute the resolution of historical and political issues, not recognizing the deaths of both sides before and during World War I will preclude to fully resolve this historical issue as well as to fully ameliorate the overall relations. My second suggestion, in this sense, is to erect two monuments in the border between Turkey and Armenia. While one of the monuments should recognize Armenian victims of the 1915 relocation, the other monument should recognize Turkish victims of the Armenian armed groups. Furthermore, both Turkish and Armenian government leaders should visit the monuments together. This may sound utopic but any solution that does not recognize the past tragedies will not be helpful to resolve the underlying animosity between two nations. Sustaining the current policies that both sides have is also not helpful for two countries. Armenia and Armenian diasporas try to convince many countries, especially Western countries, to make them recognize the 1915 Armenian mass deaths as “genocide”, which eventually ends up with the politicization of the issue. Each additional country acknowledging the tragedy in 1915 as “genocide” might pressure Turkey to concede to Armenian demands but expecting Turkey to acknowledge the tragedy in 1915 as “genocide” seems to be unrealistic. States are rational actors, and the countries agreeing with Armenians regarding this tragedy may not necessarily jeopardize the overall relations with Turkey by constantly pressuring Turkey for the sake of satisfying Armenian diasporas. For example, Russia, which is one of the countries acknowledging this tragedy as “genocide”, however, Russia and Turkey still sustain their economic ties with many trade agreements[5]. Turkey emphasizes that both countries should open the historical archives to allow the historians to reveal the facts regarding the tragedy in 1915[6]. Armenia, however, is clearly unwilling to do this, and moreover, Armenian diaspora and Armenian government continue to lobby foreign states to acknowledge the tragedy as “genocide” in their legislatures.

As a result, the current approaches apparently do not help neither side to achieve their eventual goal. Considering these two suggestions might be a starting point for both countries to create constructive solutions toward alleviating historical animosity between these two nations as well as ameliorating the overall relations between the sides.