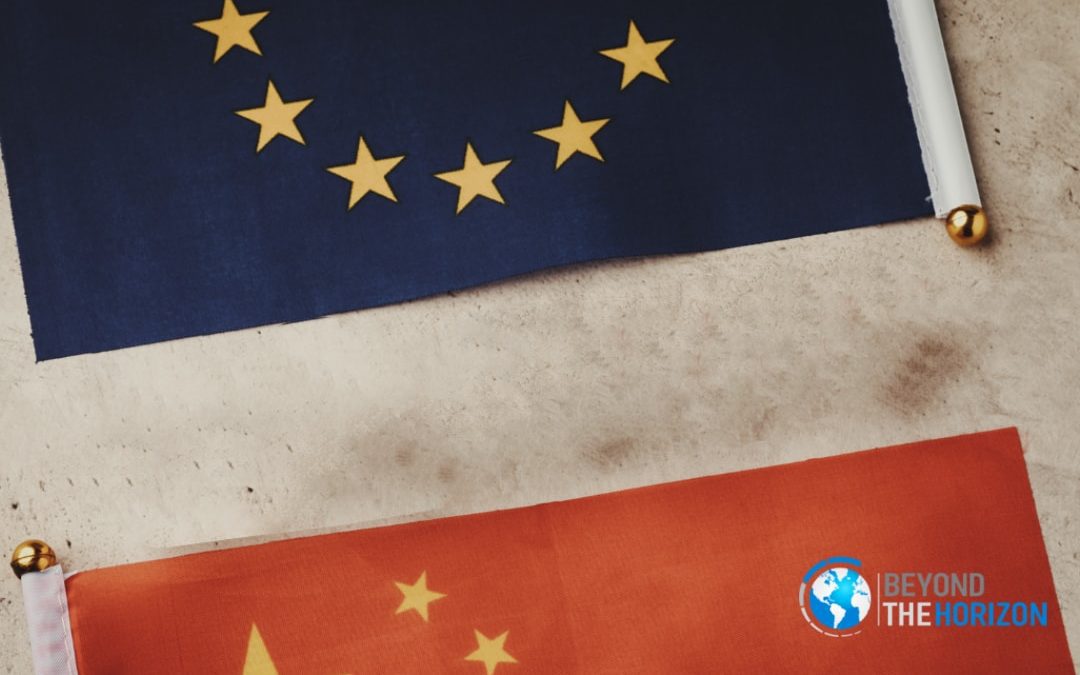 Nearly one decade has passed since Chinese President Xi Jinping first made his announcement of the Belt and Road Initiative (BRI), originally called “One Belt and One Road” (一带一路). Arguably, the BRI has become China’s most important geopolitical tool for building its soft power and implementing its plans. The initiative is planned to economically link other countries to China through ports, railroads and other infrastructure.

Thanks to BRI, China has enhanced its economic relations with many countries on almost every continent. Notably, the African continent has become China’s most important partner. China’s gains over the past decade has also prompted other countries to adopt similar strategies to open up new markets.  For example, the recently emerged “Build Back Better World” led by the United States or “Clean Green Initiative” launched by the United Kingdom can be said to be initiatives in the same direction, a manifestation of their will to have a Silk Road of their own.

The European Union unveiled its “Global Gateway” project on December 01, 2021. The project aims to support infrastructure development around the world, which is perceived as a European alternative to China’s BRI. EU Commission President von der Leyen stated that the EU wants to be seen as a reliable and trusted partner in the world and to be appreciated for its democratic values, while explicitly stating that Global Gateway is “a different way to deliver in this infrastructure globally“.

In most basic terms, the EU wants to replicate the Chinese model, gaining foothold in new markets through contribution to the infrastructure and enhanced dialogue with many countries. Yet, the EU has a long way to go to catch up with China, and it must work hard to convince its partners of its own project. It should also be noted that some countries already have a negative perception of the BRI. That could have a leverage effect on the Global Gateway project. But the question surely rests with how the EU calculates them and adapts its subsequent steps.

Given these pros and cons, this article will provide an assessment of the scope and limitations of the “Global Gateway”. Based on the sound assessment made, policy recommendations will be made to streamline most important courses of action to inform European policy making in its struggle against BRI.

According to the official website of the European Commission, the Global Gateway is simply a new European Strategy to boost smart, clean, and secure links in digital, energy and transport as well as strengthen health, education, and, research systems across the world. It fundamentally stands for sustainable and reliable connections that serve people and the planet to meet the world’s most urgent challenges, from climate change and environmental protection to improving health security and boosting competitiveness and global supply chains.

The project aims to mobilise up to €300 billion in investments between 2021 and 2027 to underpin a lasting global recovery, considering the EU’s partners’ needs and the EU’s interests. Accordingly, in today’s world, for countries to invest and develop the infrastructure, they need to create sustainable prosperity, jobs and services for their local communities. Faced with this urgent need for major financing, countries need a positive offer when deciding on how best to develop their climate, energy, transport and digital infrastructure or strengthen their health or education systems.

At this point, the EU’s Global Gateway provides a positive offer for its partners by financing them under fair and favourable terms in order to limit the risk of debt distress in contrast with China’s BRI. So, the Global Gateway aims to forge links and not create dependencies between Europe and the world. To work with host countries, financial institutions and the private sector scale up infrastructure investment to boost the EU’s competitiveness, deliver benefits and protections for its partners, empower local communities and tackle today’s most pressing global challenges. Apparently, the EU’s offers in the framework of the Global Gateway project are so remarkable for countries to invest and develop their infrastructure in the democratic and European values-driven way.

Scope and Limitations of the Global Gateway in comparison with BRI

Beyond the fact that the Global Gateway is a potential alternative to the BRI, it is necessary to focus on why countries would opt for it. In addition, there is further need to review the extent to which the Global Gateway can satisfy the countries’ needs.

Firstly, global concerns over BRI have recently arisen because of its so-called “debt trap” and its rapid expansionary effect worldwide. The BRI, launched in 2013 to connect Asia with Africa and Europe through sea and land, is now a central part of China’s foreign policy. The policy is to create trade links around the world by investing in infrastructures such as roads, ports, rail tunnels, bridges, airports, dams, coal-fired power plants. By spreading large loans and investment initiatives worldwide, China has dramatically expanded and continues to grow its political and economic influence, especially in developing countries. With China’s “Belt and Road” initiative, as of December 2021, 145 countries, including 18 EU members such as Greece, Greek Cyprus, Italy, Portugal, and Austria, have signed on to the initiative, and China has already invested about $2.5 trillion. With all these investments in infrastructure and transportation, China is emerging as a very influential international player in Asia-Pacific, Africa, Europe, Eastern Europe, and the Western Balkans.

Although China seems to be very influential with its project, it is also exposed to many criticisms regarding the impact, dissemination, scope, and content of this initiative. Some experts/analysts point out that easy loans can be used as prey to lure some countries into the debt trap and as result of offered loans to these countries. While such reflections are intensely seen in Africa, countries in other continents are also complaining about this issue. The “Belt and Road” initiative has been questioned for the use of the resources of the debtor countries as collateral, the imposition of unreasonable contractual conditions, the lack of transparency and confidentiality of clauses and consequences in case the loans granted by China are not paid. It can be argued that it has the advantage of putting pressure on host countries in both domestic and foreign policy.

Conversely, Ursula Von Der Leyen underscored the transparency and commitment to values and reminded the criteria for applying EU norms and rules while promoting the Global Gateway project, which manifests that the EU project would be different from the Chinese Belt and Road initiative, especially for those who do not want to struggle with Chinese loans. However, it also offers an alternative for countries that want to improve their infrastructure.

The EU wants to offer a less risky alternative to China. “With the Global Gateway we want to create strong and sustainable links, not dependencies- between Europe and the world and build a new future for young people,” states Jutta Urpilainen, the Union’s Commissioner for International Partnerships. “Implementing projects that benefit citizens requires transparency, accountability and financial sustainability,” she further continues.  This requires unfettered access to public procurement and a level playing field for potential investors, as well as a clearly defined set of deliverables. In short, Europe wants “healthier” and more transparent contracts that do not risk putting a country further into debt.

China’s gains in the last decade, particularly through the BRI, reflect the fact that China is becoming more and more dominant in the global supply chain. The move that has created a model to be repeated by the US and the UK, has also become a significant agenda item for the EU. The EU has launched the Global Gateway Project to create its own silk road.  If this move does not counterbalance Chinese advances in all continents to include Europe, China will likely continue to have the upper hand in the years to come.

When compared to the Chinese BRI, obviously the EU’s program has come up relatively late. Yet, the Global Gateway project and its plan for more transparent and respectful investment may be arriving at the best time for countries seeking to keep Chinese influence at bay not to become vulnerable to its debt trap.

While the EU’s Global Gateway project is developed against China’s BRI, it is also against China’s geopolitical expansion. The EU will seek to use the Global Gateway project as a tool to spread its values and influence around the globe. It would be appropriate to say that China has shaken Western civilisation not only economically but also politically and geopolitically with the BRI project. The EU wants to export its own values with the Global Gateway project and aims to do this with an economic project. Just as China is exporting its ideology with the project, the EU wants to export the principles of the West with its own project against this ideology.

In geopolitical terms, the Global Gateway can help the EU better position itself in the global infrastructure and connectivity race. Rule-based cooperation focused on a clear set of priorities represents an attractive alternative to the BRI in several partner countries, starting with Africa. By scaling up cooperation on economic and social infrastructure projects, the EU thus has an opportunity to promote its values and vision of sustainability in a tangible and long-lasting way.

Nevertheless, European demands must be met, especially in environmental matters, in order to be a beneficiary of Global Gateway. Countries which are currently dependent on China have opted for it because the credit is quicker and easier to obtain than from the European Union. Thus, possibly a large group of developing countries will not wait for the democratic agenda of the Global Gateway project.

In conclusion, even though the Global Gateway project seems to be more reliable and transparent than China’s initiative, the EU still has some challenges to overcome in order for the project to have a positive spillover effect in getting further partners on board.

Yunus Erbas is a Research Intern at Beyond the Horizon ISSG