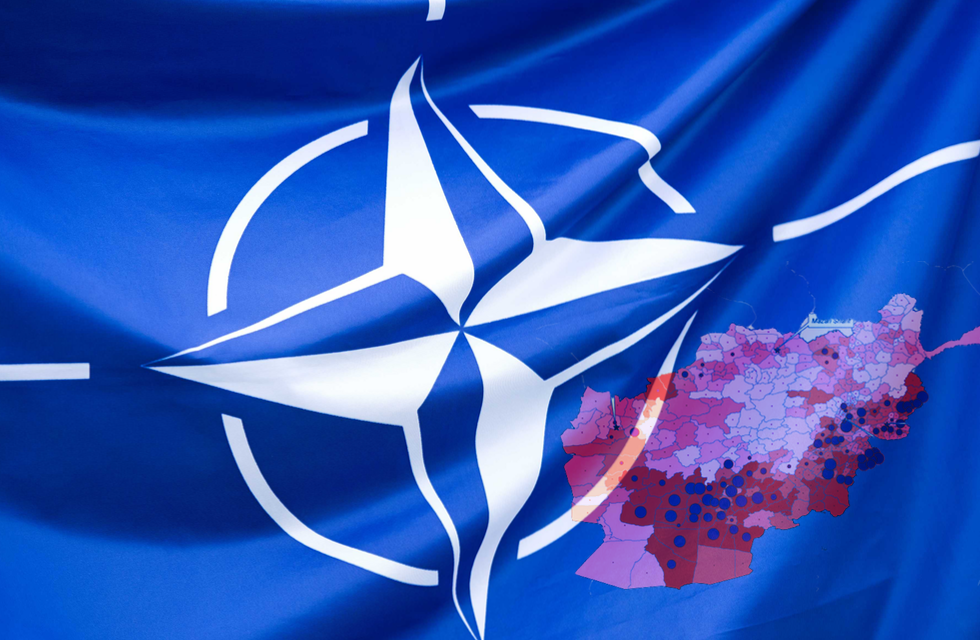 Following the conclusion of the NATO-led International Security Assistance Force (ISAF) operation, Afghan National Defense and Security Forces (ANDSF) assumed full security responsibility of their country. Despite enormous efforts including spending more than $ 70 bn  by U.S. between 2002 – 2016, more than $3 bn  through United Nations Development Programme (UNDP)-administered Law and Order Trust Fund for Afghanistan  (LOTFA) and another $2.2 bn between 2007 – 2018 by NATO through Afghan National Army (ANA) Trust Fund, the ANDSF are not yet capable of securing their own nation according to John F. Sopko, Special Inspector General for Afghanistan Reconstruction.

The ANDSF Roadmap focuses on;

NATO is assisting the ANDSF to fulfil their four-year Roadmap.

The ANDSF Roadmap calls for a significant increase in size and combat capabilities of the ASSF. When ASSF expansion is complete, the force will have grown from an Afghan National Army Special Operations Command (ANASOC) Division with two Special Operations Brigades (SOB) and 30 Commando (CDO) companies, to an ANASOC Corps with four SOBs, 63 CDO companies, two Special Forces kandaks, a National Mission Brigade (NMB) and organic sustainment and ground support assets.

ASSF expansion, including the increase in aviation capabilities, will result in an overall force increase from 19,022 to 33,896 personnel. The ASSF will grow in size and capability incrementally and steadily increase combat capabilities to meet the Roadmap objectives by 2020.

Over the next several years, ANASOC plans to increase combat power through the integration of the two existing Mobile Strike Force Vehicle (MSFV) Brigades, adding a fourth Commando Company to the existing Special Operations Kandaks (SOKs), and building two additional Special Forces kandaks. The addition of the MSFV Brigades will provide the ANASOC with an organic ground assault force capability, and will reduce reliance on conventional ground forces and aerial fires to support special operations missions. Thefirst Cobra Strike Kandak (CSK) to be served within MSFV Brigades under ANASOC passed 14-week Commando Qualification Course on 30 April 2018.

On 21 July 2017, the ASSF activated its NMB as part of the ASSF expansion plan. The NMB is now the primary command element for two kandaks of the Ktah Khas and one other SOK. The Ktah Khas is a light infantry SOK accomplished in conducting intelligence-driven counterterrorism raids, particularly against high-value individuals, and vehicle interdictions utilizing both ground and air mobility platforms. The NMB is a national-level asset capable of deploying anywhere in Afghanistan in response to a crisis or Afghan security priorities.

In August 2017, the ASSF activated the new ANASOC Corps headquarters to serve as the central command and control organization for the current and future ANASOC forces.

As to the gender perspective of ANDSF Roadmap, more than 120 women currently serve in the ASSF in a formation named the Female Tactical Platoon. They are operating in a way that is respectful of Islam and the Afghan culture, and  specialize in search, questioning and medical assistance of women and children.

The AAF is the primary air enabler for the ANDSF, responsible for air mobility and aerial attack missions across Afghanistan. The AAF has some of the highest retention and lowest attrition rates in the ANDSF.

The AAF has 117 aircraft as of November 2017. Fixed-wing platforms include C-208s, C-130s, and A-29s. Rotary-wing platforms include Mi-35s,38 Mi-17s, MD-530s, and UH-60s. As part of the ANDSF Roadmap objective to increase fighting capability, the AAF will grow in both capacity and capability. The end-state of full modernization will be 317 total aircraft in the AAF and Special Mission Wing (SMW) consisting of:

The Afghan Air Force is expected to start flying missions with its new fleet of UH-60 Black Hawks that It has currently 11 at hand, before summer[†]. The AAF will transition completely to UH-60 helicopters as the Mi-17 fleet declines steadily from 2018 through 2021.

On 22 March 2018, AAF conducted an airstrike with the A-29 squadron to destroy a Taliban compound in Farah using the GBU-58 laser-guided bomb for the first time to avoid collateral damage.

Implementing required initiatives under the ANDSF Roadmap will require additional funding. This will push the anticipated requirement for ASSF funding at roughly $5 bn annually through at least 2023. Modernization of the AAF will cost approximately $9.95 bn from FY 2017 to FY 2023. Including sustainment, personnel, training, and infrastructure costs, the total cost of the AAF will be $13.2 bn from FY 2017 to FY 2023.