Is Reintegration of ISIS Returnees a Myth or Reality: Lessons to Be Drawn from Balkan Examples

The returnees, their repatriation and measures to be taken to ascertain their reintegration into their home societies attract the attention of scholars, policymakers and general public. Despite so-far negative public opinion, it is estimated that European nationals currently living in prisons and camps in North and East Syria will be repatriated due to internal and external pressures in the near future.

The European Commission this year published the Strategic Orientations on a coordinated EU approach to prevention of radicalisation for 2021 on which Member States agreed on. This is the third time Member States set out Strategic Orientations, with concrete actions they would like to work on for the coming year. Within the document, “Returning Foreign Terrorist Fighters and their family members” is listed as one of the priority areas.

To translate scholarship and field experience in this priority area into key actions, Beyond the Horizon ISSG will host a discussion with a multi-perspective look into the issue, bringing special focus on: 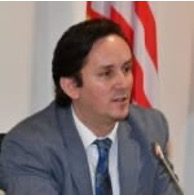 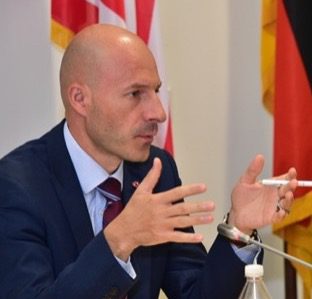 Kujtim Bytyqi is a Director of the Department for Analysis and Security Policies at the Kosovo Security Council Secretariat. He is currently responsible for coordination and monitoring the implementation of the National Strategy on Countering Violent Extremism and Radicalisation leading to Terrorism and all other strategies and policy formulations relating to the security issues. He serves also as National Security Council Secretariat representative in drafting of various security related laws and strategic documents including that on CT and P/CVE. 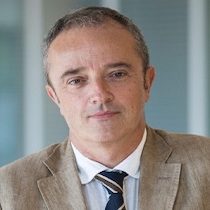 Professor at the Department of Peace and Security Studies, University of Sarajevo

Professor Azinović received his Ph.D. in Political Science from the American University of London (UK) and MA in International Relations from Norwich University (USA). He is the author, co-author or editor of A Waiting Game: Assessing and Responding to the Threat from Returning Foreign Fighters in the Western Balkans (2018), Between Salvation And Terror: Radicalization And The Foreign Fighter Phenomenon In The Western Balkans (2017), “The geostrategic aspects of jihadist radicalisation in the Western Balkans,” in The Challenge of Jihadist Radicalization in Europe and Beyond, European Policy Center (2017).

COL (ret) Dr. Çlirim L. TOCI is a lecturer in Defence Planning and Management within the Department of Leadership and Management Studies in Baltic Defence College, Tartu, Estonia. He holds a Master Degree (M.Sc. in Human Resource Development, the University of Manchester, UK) and PhD in the area of defense and security (the Albanian Defence Academy). Dr. TOCI has published many articles on defense and security matters and international relations in numerous journals and has contributed regularly to various newspapers, magazines and he is co-author of several books.