In order to contribute to the efforts to counter “radicalisation” and “recruitment” of the youth, as Beyond the Horizon ISSG, we are proud to announce our second event this year tackling “radicalisation”. 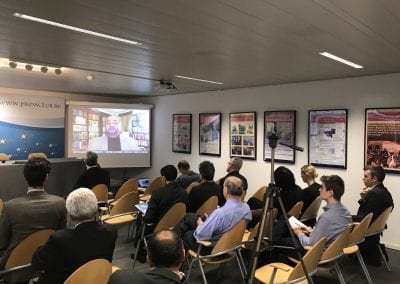 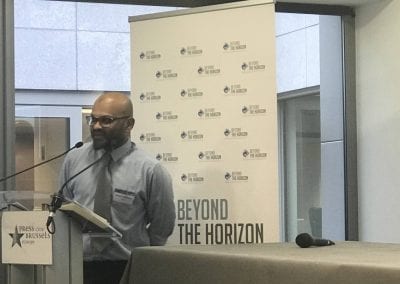 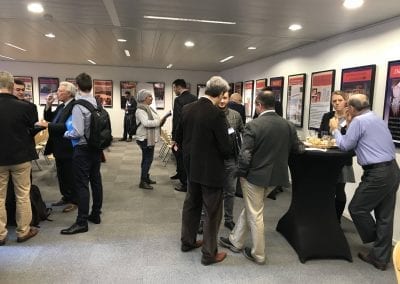 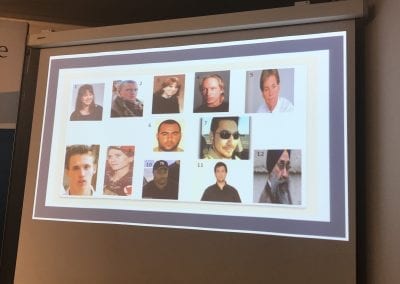 Conventional and social media are the lifeblood of the extremist groups. Capitalizing on such outlets, violent extremist groups actively seek those prone to their message, localize and tailor their message and radicalise/recruit through a mixture of online-offline methods. What is more, they do show skill in the use of cyberspace especially in preparation and delivery of quality textual, audio and visual material and an even skill in bypassing strict regulations and account bannings of mainstream social media platforms.

In order to contribute to the efforts to counter “radicalisation” and “recruitment” of the youth, as Beyond the Horizon ISSG, we are proud to announce our second event this year tackling “radicalisation”. Our first event was a conference by Dr.Anne Speckhard on “Challenges of Radicalisation to Violent Extremism for Europe and Beyond” in June. This time, we will conduct “Counter Narratives for Preventing and Countering Violent Extremism Workshop” with the participation of Prof.Muktedar Khan* and Mr.Oomar S. Mulbocus** on 4 December 2018 in the Brussels Press Club.

The event will consist of two sessions. In the first session, Prof.Khan will connect through video-conference to share his perspectives from a strategical perspective mainly to answer the question of: “Why is it important to defeat violent extremist groups in the war of rhetoric and ideology before the military ones?” Then, Mr.Mulbocus, a distinguished expert in the field of radicalisation, will share his thoughts on: “How does the radicalisation occur? What convinces the youth to join violent extremist organisations?” His speech will mainly concentrate on the vulnerabilities of today’s youth and narratives/arguments used by violent extremist networks to radicalise and recruit them. We may also connect to other renowned experts in the field through Skype to hear what they should say. The rest of this session will be dedicated to presentations of the willing participants.

You are highly encouraged to submit papers and make presentations during this first session to share your insight/research. If sufficient number of such papers are received, we will edit and bring them together in a dedicated publication to be further disseminated through our website: www.behorizon.org. To make the presentation or submit papers you can email your preparation to onur.sultan@behorizon.org.

In the second part, Onur Sultan*** will make a presentation with the subject: “How to formulate a counter-narrative? What are the best ingredients of a counter-narrative?” After this presentation, the participants will be asked to formulate their own counter-narratives on three themes, emotion and ethics, myths and disinformation, democracy and social inclusion. A fourth theme, “ideology and religion” may be included if there is expertise and willingness among participants. The groups will discuss and formulate their own alternative or counter-narratives on the proposed themes. At the end of the session, group leaders will present the outcomes of the group work to the whole audience.

* Prof. Khan is Associate Professor in the Department of Political Science and International Relations at the University of Delaware. He earned his PhD in International Relations, Political Philosophy, and Islamic Political Thought, from Georgetown University. He founded the Islamic Studies Program at the University of Delaware and was its first Director. Dr. Khan is a Fellow with the Institute for Social Policy and Understanding. He was a Senior Nonresident Fellow with the Brookings Institution [2003-2008] and a Fellow of the Alwaleed Center at Georgetown University [2006- 2007]. He has been the President, Vice President and General Secretary of the Association of Muslim Social Scientists. He is the author of American Muslims: Bridging Faith and Freedom (Amana, 2002), Jihad for Jerusalem: Identity and Strategy in International Relations (Praeger, 2004), Islamic Democratic Discourse (Lexington Books, 2006) and Debating Moderate Islam: The Geopolitics of Islam and the West (University of Utah Press, 2007).

** Oomar S. Mulbocus works as Prevent Community Coordinator (Countering Violence and Extremism) in London UK, and also as a Therapist & Behavioural Interventionist Provider registered by the Home Office UK.  He’s an international speaker and facilitator at George C. Marshall European Centre for Security Studies Program on Terrorism and Security Studies in Garmisch- Partenkirchen Bavaria Germany. He delivered speeches at the African Union HQ in Addis Ababa for iDove (Interfaith Dialogue on Violent Extremism) Youth forum part of GIZ. He also took part in the European DERAD project, Training of the Trainers programme at the Center of Excellence for Stability Police Units in Vicenza, Italy (CoESPU).

*** Onur Sultan is a PhD candidate in Communication at the University of Antwerp and a research fellow at Beyond the Horizon ISSG.