Despite Trump’s theatrics, the Iran deal can be saved 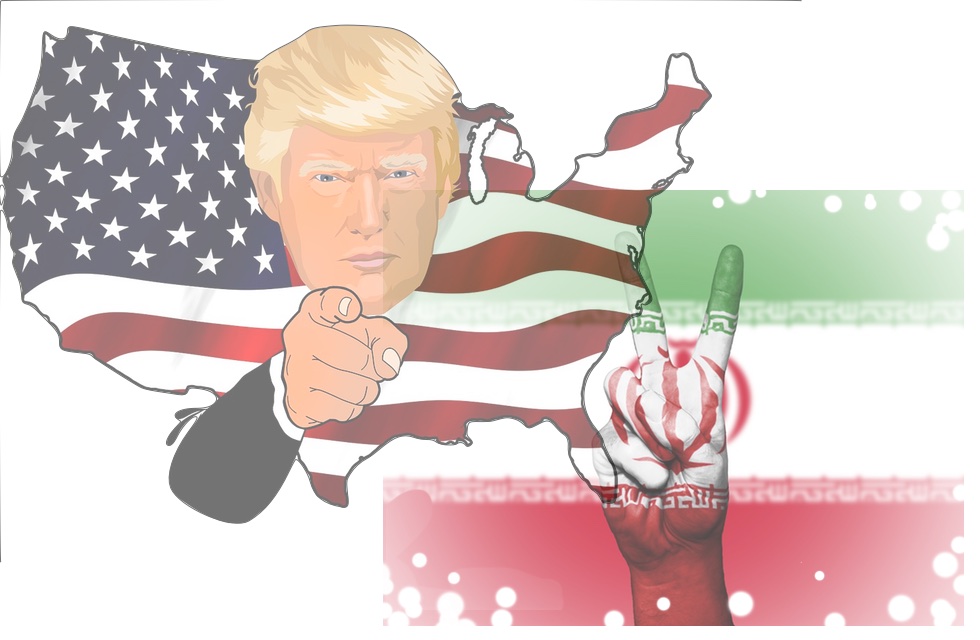 In the theatrical style of a capricious reality-TV host, US President Donald Trump has been building up suspense over an American withdrawal from the Iran nuclear deal.

He has consistently called the Joint Comprehensive Plan of Action (JCPOA) — which was negotiated during Barack Obama’s presidency by the five permanent members of the UN Security Council plus Germany (P5+1) under the auspices of the European Union — an “embarrassment” that needs to be “corrected” and is not in the US’ interest.

What he is talking about here is the deal’s “sunset” clauses — expiration dates after which Iran could resume uranium enrichment.

The US is looking for an extension of those dates beyond 2025.

Trump also sees weakness in the inspection regime under which the International Atomic Energy Agency (IAEA) verifies Iran’s compliance with its commitments because it does not provide full access to military sites.

Hardliners like Mike Pompeo and John Bolton, who have now joined Team Trump in leading roles, have said that this leaves Iran with too much leeway to cheat IAEA inspectors and the international community.

Facing a previous cliffhanger on the recertification of the deal, Trump passed the buck to Congress, only to discover that it was too divided to deal with the issue. When he grudgingly approved the sanctions waiver in January he threatened:

“This is the last chance. I hereby call on key European countries to join with the United States in fixing significant flaws in the deal, countering Iranian aggression, and supporting the Iranian people. If other nations fail to act during this time, I will terminate our deal with Iran.”

Trump’s ultimatum — and Iran’s response that the US would pay a high price for breaking the deal — have piled pressure on Europe to prevent the agreement and regional security from being plunged into even more uncertainty.

So far, the EU has said that it remains “fully committed” to implementing the nuclear deal — just as Iran is, according to no fewer than 10 reports issued by the IAEA. Federica Mogherini, the EU’s High Representative for foreign affairs and security policy, has conveyed the message that nixing a key element of the international non-proliferation architecture is not in the interest of anyone, including the US, which will soon enter into direct de-nuclearization talks with North Korea.

Mogherini has consistently argued that the JCPOA’s nuclear focus should not be sullied by attempts to import other issues such as ballistic missile control and regional security, which can be addressed in other forums.

The US going it alone would fly in the face of the international law that workable agreements must be kept. It would also undermine the authority of the UN Security Council, whose members unanimously endorsed the agreement. Moreover, it is highly unlikely that a stronger accord could be built on the ashes of the JCPOA, which was the culmination of more than a decade of delicate multilateral talks.

The EU has long stood united on these issues. But similarly to 2003, when member states infamously split over the invasion of Iraq, EU unity is again being stress-tested by a US President. Member states closed ranks when Trump withdrew the US from the Paris climate agreement and UNESCO, but several of them abstained from a vote in the UN General Assembly condemning the unilateral decision by the US to recognize Jerusalem as the capital of Israel.

Brexit Britain now appears pliable to American pressure and has set up an expert group on “fixing flaws” in the Iran nuclear deal.

France and Germany, however, are looking for ways to accommodate Trump while leaving the JCPOA — and EU common positions — intact.

They have raised pressure on Iran over its ballistic missile program, while lobbying other member states to agree to new sanctions — on top of an existing EU arms embargo and sanctions on missile technology.

Of course, Trump may retaliate by imposing punishing tarrifs on European imports. European diplomats are lobbying US officials and members of Congress to create exemptions from enforcement for European companies that might be affected by a return of US sanctions against Iran.

They should go further and threaten the US with legal proceedings before the World Trade Organization and adopt a retaliatory system to reimburse European companies for damages they incur in the US by imposing penalties on US assets in the EU.

The latter should accompany a proposal for a “blocking regulation” like the one that made it illegal for European investors to adhere to the 1996 Helms-Burton Act imposing US sanctions on trade with Cuba, Iran and Libya.

Past experience has taught the EU that such a strategy can be successful in protecting its interests while preventing a trade conflict with a belligerent White House.

Extensive soul-searching back in 2003 led to the adoption of the first-ever European Security Strategy. This document was replaced by a more comprehensive Global Strategy for the EU’s Foreign and Security Policy in 2016.

European countries would do well to learn from the past, serve their shared strategic interests and adopt a common position independently of the US to protect the EU’s flagship diplomatic achievement.

Europe should make common cause with Russia, China and other signatories that prize the JCPOA. If, together, the EU and the P5+1 manage to keep Iran wedded to the agreement, then the deal stands a chance of surviving.

They will have to persuade Tehran that, as long as it continues to honor its side of the bargain, Iran can continue receiving most of the benefits promised by the JCPOA, even if the US ceases to be a party.

This article was first published on 13 APRIL 2018 on CNN