China is Working on Missiles 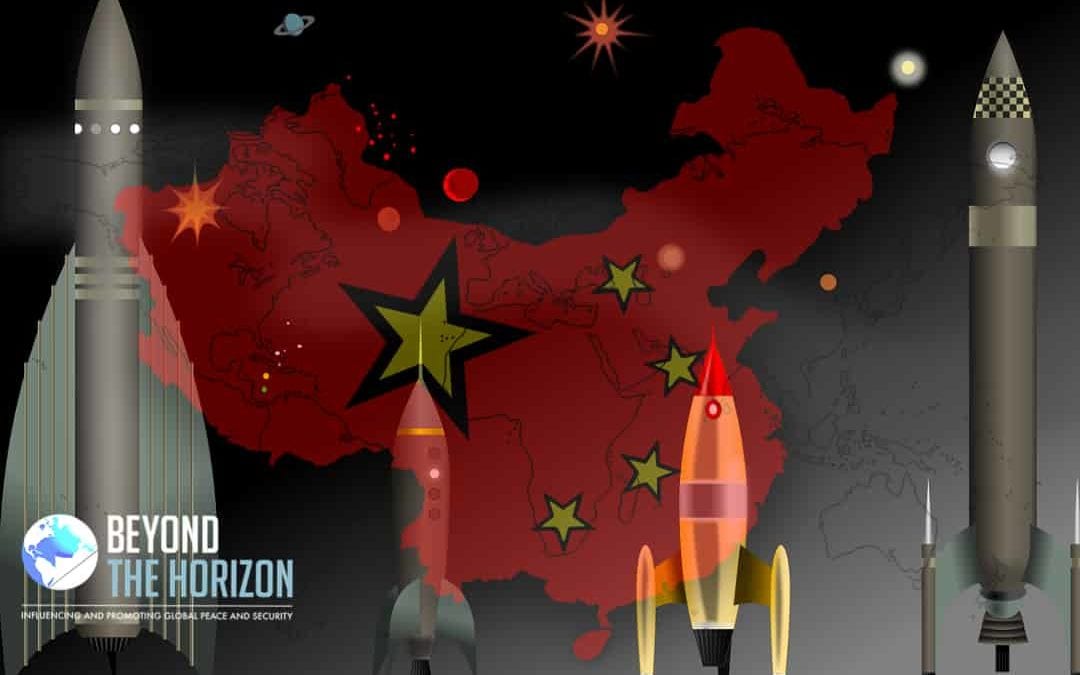 The year 2020 marks a significant year for the People’s Liberation Army (PLA) which is striving to achieve important modernization milestones ahead of the Communist Party of China (CCP) objective of transforming China into a “moderately prosperous society“. While the United States is still responding to the growing strategic challenges posed by the PRC, 2020 provides a valuable opportunity to review not only the continuation but also the transformations in the strategy and armed forces of the PRC over the past two decades.

The DoD’s first annual report to Congress in 2000 assessed the PRC’s armed forces at the time as a large but, above all, archaic army. It also assessed that the PLA was gradually, unequally adapting to the modern warfare trends, and the PRC’s armed forces were not only large but also too old-fashioned. Notwithstanding its high-power aspirations, the PLA lacked the requisite capabilities, organization and readiness for modern warfare. However, the CCP recognized these shortcomings and set itself long-term objectives for enhancing and reforming its armed forces in a way proportionate to its aspirations to enhance and reform China. Today, two decades later, the PLA’s objective is to become a “world-class” army by the end of 2049.

China will continue to build and deploy modern, high-tech weapons and equipment over the next five years, while the world could be witness to the launch of China’s first long-range, stealthy strategic bomber, the world’s first anti-ship ballistic missile, among other things. Chinese military experts and analysts have made an assessment, following the recent publication of China’s 14th Five-Year Plan (2021-25). According to military experts, the roadmap is consistent with the overall national strength of China and the national defense needs arising from global supremacy, power politics and regional instabilities in other parts of the world, while China has more development interests abroad.

China has built up a large and sophisticated arsenal of missiles such as hypersonic, ballistic and cruise missiles. Of course, these missiles are integrated into a broader military modernization aimed at strengthening the ability of China to defend itself on regional and territorial issues. The PLA took advantage of a period of substantial budget increases and fast technical progress to develop and deploy an advanced missile arsenal. A large number of these missiles are specifically tailored to attack the aircraft carriers and bases forming the backbone of American military domination in the region, and that for decades have protected allies such as Japan, South Korea and Taiwan. From 2014, China has conducted a number of tests on its hypersonic glide vehicle (HGV). The DF-ZF is fired during the last stage of a missile and can attain approximately Mach 10, also overcome missile defenses. This missile can be designed to carry a nuclear or conventional warhead.

In almost every category of these weapons, whether land-based, loaded on attack aircraft or deployed on warships and submarines, Chinese missiles rival or surpass their counterparts in the armories of the U.S. and its allies. China has also captured a virtual monopoly in a class of conventional missiles – land-based, ballistic and intermediate-range cruise missiles. China is in the course of phasing out its old missiles such as the DF-3 and DF-4 while replacing them with improved versions, notably the DF-21, DF-31 and DF-31A. While upgrading its missiles, China integrates ballistic missile technologies such as Multiple Independent Target Re-entry Vehicles (MIRVs) and Maneuverable Re-entry Vehicles (MaRVs). In recent years, China has built, tested and commissioned a number of ballistic missiles that can transport MIRVs, notably the DF-5A and DF-41. China has also developed an arsenal of missiles at sea. At present, China has four types 094 / Jin-class ballistic missiles submarines that carry up to 12 JL-2 SLBMs.

If we look back over the past years, the Chinese army’s arsenal has undergone numerous advances in all services, with many new and high-level weapons and equipment placed or launched, including the J-20 and H-20 stealth fighter, the H-6N strategic bomber, DF-17 hypersonic missile, DF-21 anti-ship ballistic missile, DF-26 – dual-capable IRBM, and DF-41 intercontinental ballistic missile. China is currently developing cruise missiles with foreign support, mainly from Russia. It has nearly a dozen varieties of anti-ship missiles, such as the Russian-made SS-N-22, and is continuing to develop land-attack cruise missiles.

China could use missiles with a swarm approach to overwhelm the US defenses and offset the large difference in training, experience and equipment quality. Ballistic missiles and cruise missiles are the main assets that would be used to such purpose. China’s focus on swarm approach as a solution to attack heavily defended targets is evident on the emphasis it puts on missile forces.

China could use missiles with a swarm approach to overwhelm the US defenses and offset the large difference in training, experience and equipment quality. Ballistic missiles and cruise missiles are the main assets that would be used to such purpose. China’s focus on swarm approach as a solution to attack heavily defended targets is evident on the emphasis it puts on missile forces.  China promoted PLA Rocket Forces (PLARF) into a combat service equivalent to Army, Navy and Air Force in 2015. PLARF went from having a small number of SRBM’s in 90s to a force that has 1200 SRBS, 108-274 MRBMs and 450-1250 Cruise missiles. Various reports have indicated that China will be able to cut runways, destroy soft airbase installations or destroy parked aircraft on ramps with ballistic and cruise missile attacks. Shlapak claimed that 90 to 240 SRBMs would be able to cut every runway in Taiwan and destroy main installations and parked aircraft. Hagen found that the 30 to 50 ballistic missiles would be required to; “overload and kill air defenses, cover all of the open parking areas with submunitions to destroy aircraft parked there, and crater runways such that aircraft cannot take off or land. Heginbotham also found that use of 108 ballistic missiles would close Kadena base for 16 days for fighter aircraft operation[1]. Although exact number of missiles will vary, there is no doubt that China retains the capability to “close” airbases -at least initially-, if missiles can successfully reach their targets. Therefore, in the next 15 years, Chinese efforts will expectedly focus on two areas; increasing the number of ballistic missiles -to have the capacity to continue attacks in the later phases of the conflict- and searching for methods to increase accuracy and survivability of the missiles through technical or operational countermeasures. In utilizing missile strike assets, China will undoubtedly use a swarm approach in order to offset for comparative lack of capability in training, experience and quality with massive numbers.

China’s rising missile stockpile has not yet been verified in a real-world confrontation, and some Chinese officials are downplaying their progress. According to the authorities, this shortfall of new-technology missiles is becoming one of the greatest dangers to American military superiority in Asia in the post-Cold War era. The Pentagon is now looking for new weapons and approaches to deal with the PLA’s arsenal of missiles.

China continues to be a major power in the development of weapons not only in ballistic and cruise missiles but also hypersonic and nuclear weapons, especially all domain of missiles and equipment. China is pursuing a long-term strategy to build strategic technologies and bridge the gap in capacity with the West, with China taking the lead in overcoming US technological superiority. China’s recent new-generation long-range weapons have the potential to pose a threat to Europe and the United States.

China and Russia, for reasons of deterrence and in order to establish themselves more firmly in the prevailing American market, were kept constantly updated on the progress made in terms of development. In the past few years, both China and Russia have made progress and have renewed their efforts to develop ballistic and hypersonic missiles as part of their conventional and nuclear arsenals. The respective programmes are regarded as a major threat to American space superiority.

[1] With assumptions of 75-percent missile reliability (with the other 25 per- cent malfunctioning or destroyed by defences), a CEP of 50 feet, perfect Chinese battle damage assessment, and eight-hour repair times for a single runway cut. However, the closure decreased to as small as 0.9 days if missile arrival rate was decreased to 50% with faster 4-hour repair time and denied battle damage assessment for China. Scorecard p.60