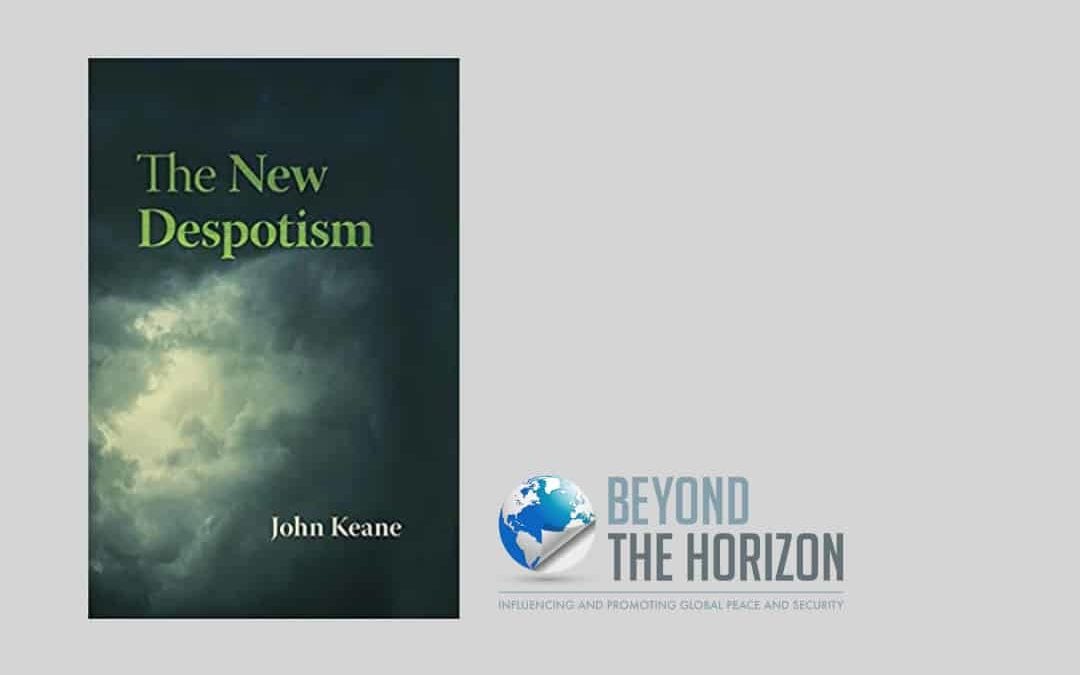 As someone who has been following John Keane for a while, it would be accurate to say that The New Despotism (2020) is the accumulation of his ideas and writings in the last four years or so. To briefly describe the book, it is a book that examines how countries like Hungary and China survive and thrive in the previous few decades despite their efforts to undermine democracy. For Keane, such regimes outperform their predecessor thanks to their ability to learn and adapt.

Written in the style of Niccolò Machiavelli’s tough-minded classic The Prince (1532), he offers us a different lens to look through when judging the puzzling political developments of the present world. He revisits the old-fashioned term despotism and offers us his fresh take on it. He argues that, albeit these new emerging regimes may resemble the past regimes, they have unique qualities to survive and thrive. Perhaps, their most distinctive quality is their ability to learn and adapt or, as Keane puts it, “They strive to become learning despotisms.”

“We could say that,” writes Keane, “Today’s despotism is a new type pseudo-democratic government led by rulers skilled in the arts of manipulating and meddling with people’s lives, marshalling their support, and winning their conformity. Voluntary servitude is their thing.” The latter sentence indicates that the new despotisms are capable of winning the consent of their subjects. The question then becomes, “How these regimes win the support of the people?” To answer this question, Keane offers vital attributes of the new despotisms. To name them, establishing successful patron-client connections, deploying the rhetoric of the people, smart censorship of the media, the use of carefully targeted violence, and lastly, their ability to make the citizenry believe that they live in a democracy.

Through patron-client connections, these regimes manage to keep everyone have a vested interest in the government. As he puts it delicately, “everyone in the system, from top to bottom, is involved in daily navigations through the reefs and islands and archipelagos of connections, favours, setbacks, failures, and successes”. Though these connections are incredibly corrupt, if one wishes to get his/her job done, it is almost impossible to avoid becoming part of these patron-client networks. Furthermore, Keane points out the importance of the middle class in these countries. Depicting this importance, “It also functionally,” Keane posits, “depends on loyal middle class who are prepared to trade some liberties for comfortable peace and quiet”.

The author successfully reveals that despite many differences, the new despotisms of our times have a similar pattern in governing their subjects. They try to make their subjects believe that their living standards are better than the past and improving. To convince their citizens that the present is better than the past, these regimes engage in a few practices of creating a feeling that there are more opportunities for the citizens at their disposal than before. For instance, “the number of shopping malls jumped nearly eightfold during the first two decades of rule by Erdogan.” Similarly, in Kazakhstan, the government built a brand-new capital as a representation of the state’s power and ability to “reward, rather than to rob”.

Apart from pointing out the new despotisms’ standard features and strengths, Keane also examines these regimes’ weaknesses. “Frailty,” Keane writes, “is a curse of despotism. Cognizant of the risks, despots always make “they believe in the people, and that their sole purpose as rulers is to serve the people, whose support they enjoy”.

Moreover, to appear healthy, they often have a team tasked to create a perfect picture of their personality. When this perfectly carved out image of a strong leader starts cracking, despots become susceptible to threats such as economic crisis. Additionally, sitting atop patron-client networks, the oligarchs have the power to keep or remove the sitting president/ prime minister in office when there is an apparent disturbance amongst the citizenry. For Keane, under these circumstances, the oligarchs are always willing to preserve the system than the ruler. Therefore, it is logical to state that this is a great weakness for despots. For that, rulers of these new despotisms always must find a way to keep tabs on the oligarchs while protecting his/her power. While when this balance is protected, this relationship proves to be useful. However, when this unspoken agreement fails, the oligarchs might start scattering, thus leaving the leader vulnerable.

As stated above, the author presents a new term, ‘The New Despotisms.’ Though there seem to be many references to China, the book also offers rich examples from other countries like Russia, Turkey, and Hungary. As Keane argues that the terms such as autocracy and authoritarianism fail to grasp the complexity of these new regimes, “the word despotism discourages us from thinking in black-and- white terms”. Regardless of the discussion that which terms would better explain these countries, it is clear that Keane’s claims will prompt more conversation and force us to think beyond the conventions.

For those who want to understand this book better, reading Keane’s book When Trees Fall Monkeys Scatter will be of great help. Lastly, for those who seek to research this area, Keane notes that “A full understanding of the resources of their resilience would require an in-depth grasp of their particular histories”. In addition to forcing us to think beyond traditional lines, this book will surely inspire many future researches into the nature of the new despotisms.

Ibrahim Genc is a PhD candidate in the school of government and international relations at Griffith University.