An Assessment of International Conference for Reconstruction of Iraq 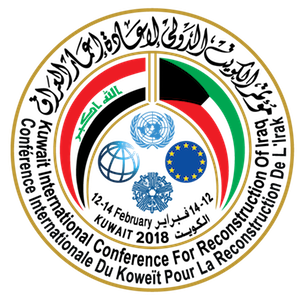 Amidst great political turbulence in the run-up to the legislative elections, International Conference for Reconstruction of Iraq was held in Kuwait between 12-14 February 2018. The venue is ironic because Kuwait had become subject to Iraqi aggression in 1990 and had had for a long time strained relations with the country. It was the same Kuwait that hosted the conference for synchronizing efforts to reconstruct war-torn Iraq. This is a testimony to PM Haidar al-Abadi’s success in his efforts to internationalize Iraq’s problems and to repair relations with its neighbors and the Gulf.[1]

In the conference, Iraq presented feasibility studies and licenses for 157 major strategic (large) and middle-sized projects.

According to Iraqi authorities, the estimated cost for those projects stands around $88,2 billion.

A quarter of that amount is deemed necessary to jumpstart urgent reconstruction efforts to normalize life in Iraq. The major strategic projects included:

Many of those projects have three features in common. First, they are vague based on the fact that they are at conceptual level. Second, Iraq’s need for them predates the war against Daesh. Last they are to a great extent designed to revive non-oil sector.

Iraq’s oil-dependent economy is ailing because of the plunge in oil prices, informal economy, and corruption. Despite an 11% increase in real GDP based on 25% increase in oil production in 2016, the GDP growth was 1,2% in 2017 because of an OPEC agreement to reduce oil production. The agreement which was extended until March 2018 had set a ceiling oil production level set at 4.42m b/d for Iraq. The opening of borders and the defeat of Daesh will revive the non-oil sector. However, its contribution to the economy will be gradual.

From governmental side, the federal budget is barely enough to pay salaries of its public officials not leaving much for investment. Despite some allocated budget for rebuilding provinces devastated by Daesh, major projects have to be funded by international donors.

The question is how should those pledges be interpreted? From Iraqi side, the amount of pledges was well below what was expected. The US, on the other hand, did not make any direct pledge. Trump administration plans to cut most foreign aids, limit the budget of State Department by one third and to increase Pentagon budget by $195 billion over the next two years. This behavior showed the mentality change in US government after the election of Trump and verified his plan is being implemented.

Europe, on the other hand, had signaled a similar position based on slightly different arguments. Several Allies were vocal about the huge costs of their operations on the ground to defeat Daesh. They had hinted that they would not make sizable contributions based on those operational costs.

The sizable contributions came from Gulf and Turkey. For Turkey, Iraq has strategic importance for obvious reasons. The country is an important trade and energy partner. The Gulf countries, on the other hand, has somewhat different calculations. They have interest in balancing Iranian influence in Iraq. The occasion provides good opportunity to influence political landscape in the country.

Despite the fact that Daesh lost all terrain it controlled once as big as one-third of the country it still poses a great threat to the stability and security of the country and the region. The Salafi jihadist organization is in the process of going underground and recuperate enough funds to finance its coming steps. Still, the immensity of the problem did not generate expected support. One of the most important reasons for that is widespread corruption among Iraqi officials. The Iraqi government does not build confidence in potential donors. The country ranks 166th among 176 states in point of corruption according to Transparency International. PM al-Abadi should make fighting corruption and cronyism a priority as he declared.

Another important thing he should do is to build confidence. It is common knowledge that states pledge but not always honor those pledges. Al-Abadi government has to ensure those pledges are honored and turned into investment into the country. Both initiation and continuity of the pledged funds will be dependent on the spending behavior of the Iraqi government in point of reflecting the needs of all segments, ethnicities, and sects of Iraq.[2]

[1] Last month Kuwait and Iraq had agreed on the transfer of Iraqi gas to Kuwait awaiting a final agreement on price. The latter had started to import low quantities of natural gas to meet peak demands. However, since 2013 ever increasing needs has pushed the country to import gas on a continuous basis. After the crisis with Qatar, Kuwait tries to diversify its gas supply with a pipeline from Iraq. This trade has potential to benefit both sides. Alongside obvious reasons for Kuwait, for Iraq, such trade will help pay off its some $4,5 billion reparations debt to Kuwait whereas it will also help eliminate wasteful gas flaring.

[2] After the declaration of the projects, Mr.al-Abadi was fiercely criticized for neglecting the Sunnite regions that were hit most hardly from the fight against Daesh.