179th Military Committee in Chiefs of Defence Session – May 2018 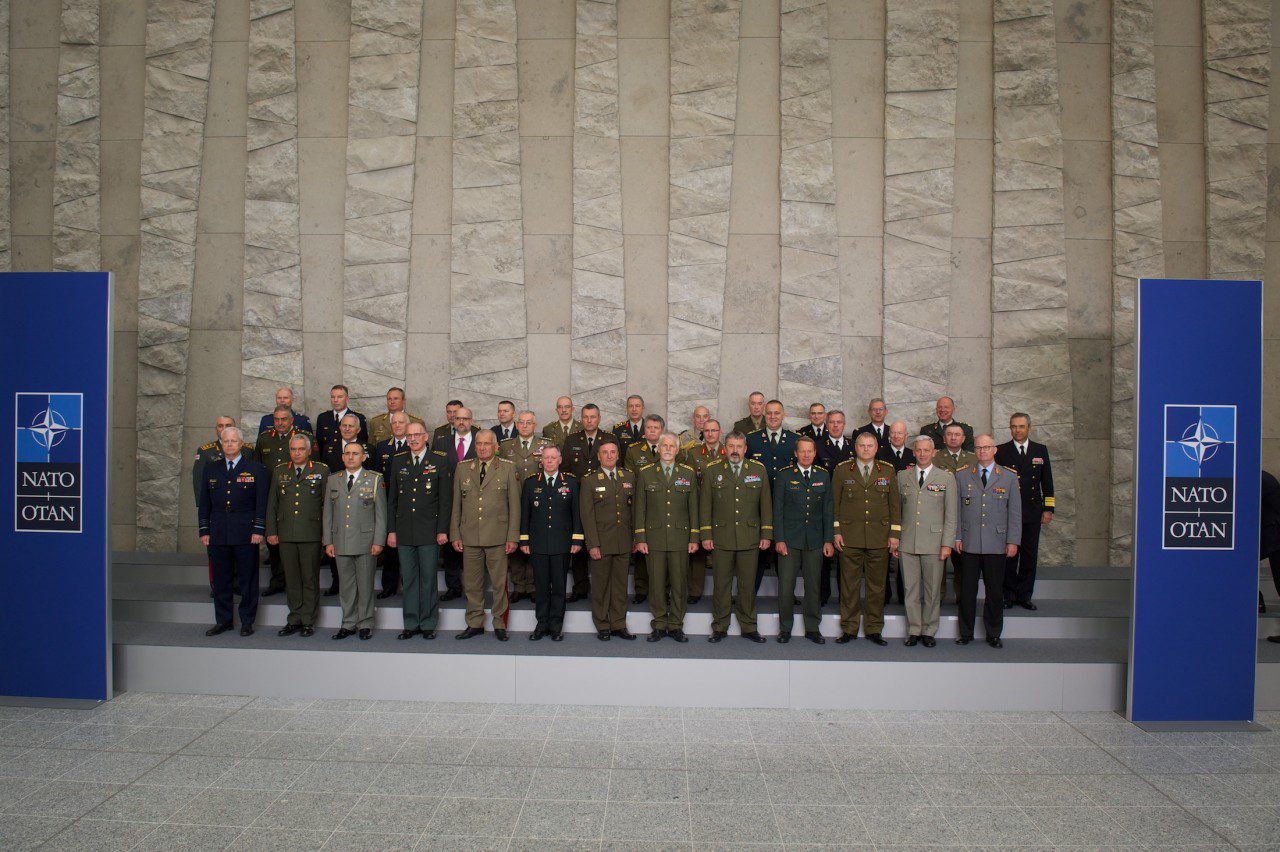 The MC/CS kicked off with the opening session. The Deputy Secretary General Rose Gottemoeller informed CHODs about Alliance’s political and military priorities and its expectations ahead of Defence Ministerial to be held at June and desired outcome for the July Summit.

In the following session, the topic was NATO Strategic Direction South. Military contributions to the security and stability in Europe’s southern neighbourhood, within the context of NATO’s Framework for the South were discussed. A NATO training mission (NTM-Iraq) which will be launched by the Summit this year at the request of the Iraqi government and the Global Coalition to help Iraqi forces fight terrorism, stabilise their country, and prevent the re-emergence of ISIS was at the top of the agenda. The CHODs stressed the need for more coherence of the activities by the many actors in Iraq and in general across the South in order to deliver greater effect in a more efficient way. The CHODs also noted the need for NATO to continue discussions with the new Iraqi government once it is formed after the elections held on 12 May. Several Enhanced Opportunity Partners – Australia, Georgia, Jordan, Finland and Sweden attended the meeting. The CMC was accompanied by Chairman of the European Union Military Committee (EUMC), General Mikhail Kostarakos.

The third session was about Deterrence and Defence. Main areas of discussion were military mobility, maritime posture and increased intelligence sharing. The CHODs called for further close work with the European Union to ensure NATO’s freedom of movement and a single set of requirements. The CHODs also provided additional recommendations on ways to further develop Alliance’s maritime posture.

The MC/CS concluded with Allliance Modernization session. The CHODs focused on the ongoing NATO Command Structure Adaptation within the broader context of Alliance’s modernisation. The CHODs also reviewed the progress made since the Wales Summit, and reinforced with the decisions taken at Warsaw Summit.