Without the INF Treaty 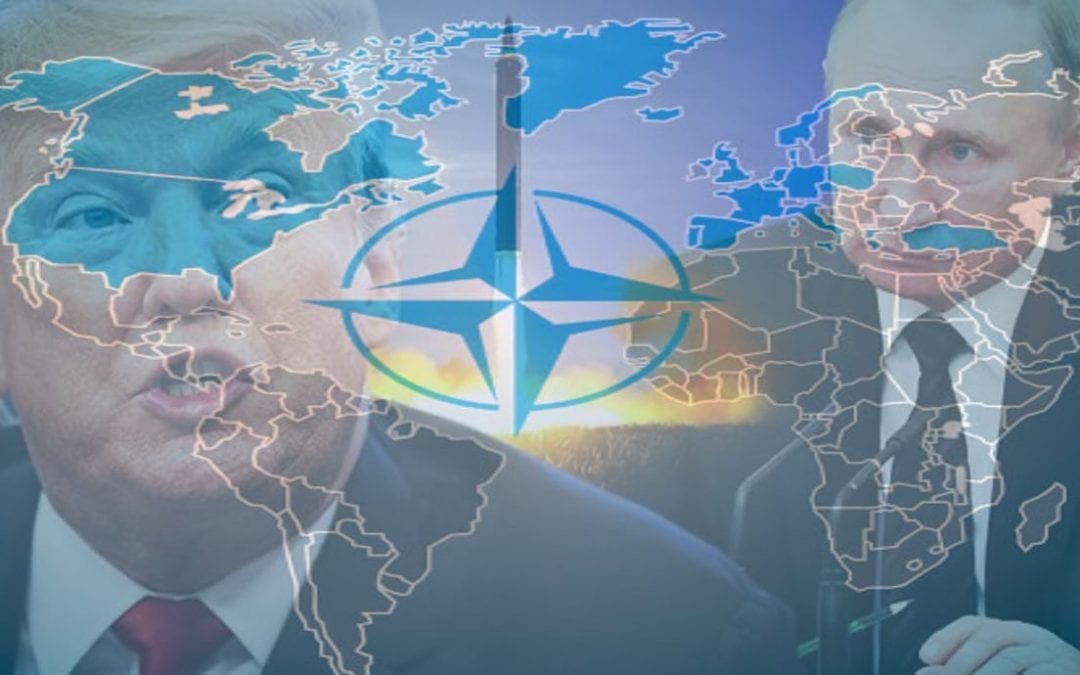 The Intermediate-Range Nuclear Forces (INF) Treaty had its origins in the Euromissile crisis of the mid-1970s when the Soviet Union had deployed newly-developed SS-20 intermediate-range missiles, replacing older intermediate-range SS-4 and SS-5 missiles. The 5,000-kilometer range of SS-20s posed a direct threat to targets in Western Europe, North Africa, the Middle East, and when deployed to the eastern Soviet Union, most of Asia, Southeast Asia, and Alaska. The United States (U.S.) had short-range missiles in Europe, which could not reach Soviet territory, and long-range ones at home and aboard submarines, but nothing in this middle category.

The INF Treaty, which was signed in 1987 by then U.S. President Ronald Reagan and Mikhail Gorbachev, the last Soviet leader, obliged the two sides to eliminate and permanently forgo all their nuclear and conventional ground-launched ballistic and cruise missiles with ranges of 500 to 5,500 kilometers. The superpowers had agreed to reduce their nuclear arsenals, eliminate an entire category of nuclear weapons, and utilize extensive on-site inspections for verification. Owing to the INF Treaty, the U.S. and the Soviet Union destroyed a total of 2,692 short-, medium-, and intermediate-range missiles by the Treaty’s implementation deadline of June 1991.

The INF Treaty is the only Cold War-era U.S.-Soviet arms control agreement that is still in effect up till now. It prohibited not only the existence of Soviet and American missiles but also the flight-testing, development, and deployment of all ground-based missiles within the specified range.

Russia tipped the balance established by the INF Treaty when it developed and tested Novator 9M729 (NATO designation SSC-8) which – according to the West – clearly violates the Treaty. 9M729 poses a significant threat to NATO Allies, and it could cause more problems for the security of Europe. The U.S. raised its concerns many times since 2014. NATO Allies agree with the assessment of the U.S. with regards to the violence of the INF Treaty.

On the other hand, Putin announced that the U.S. had blatantly ignored the INF Treaty by deploying missile launchers to Romania and Poland. Moscow has been trying to get the U.S. to discuss the Aegis Ashore installation in Romania and Poland, and that has not realized yet.  The U.S.  is placing a missile defense launch system in Europe that can also be used to fire cruise missiles, using targets for missile defense tests with similar characteristics to INF Treaty-prohibited intermediate-range missiles, and making armed drones that are equivalent to ground-launched cruise missiles. According to Russia the Aegis Ashore is in clear violation of INF treaty, since the installed Mark 41 VLS are capable of launching the BGM-109 Tomahawk, which is potentially nuclear-capable. The INF treaty prohibits not only testing, production, and fielding of missiles, but also launcher installations. Washington responded by stating that the Mk 41s placed in Europe do not have the software for launching Tomahawks, in part because they do not possess the requisite hardware, it is possible to verify its absence. Both sides accuse each of violating the INF treaty and not surprisingly both sides also deny the allegations.

It has been proposed that the U.S. develop its own intermediate-range missile as a response to the Russian ground-launched cruise missile. In order to do that the administration and Congress should take into consideration some issues such as the budget, if so, host nations etc.

In the meantime, President Donald Trump said his administration will “move forward” with developing military response options on 1 February 2019 in order to respond to Russia’s alleged violations. The Trump administration officials said one project is a low-flying cruise missile with a potential range of about 1,000 kilometers; the other would be a ballistic missile with a range of roughly 3,000 to 4,000 kilometers. According to the officials building new intermediate-range ballistic missiles is on the way but it seems that its operational readiness will take time.

Unless Russia and the U.S. are to reach a deal before 2 August 2019, then the INF treaty is going to collapse, these missile projects would “move forward.”

On 26 June 2019, NATO Defense Ministers called again on Russia to come back into compliance with the INF Treaty. They considered potential NATO measures, “such as exercises, intelligence, surveillance and reconnaissance, air and missile defenses, and conventional capabilities.” as well. NATO will also “ensure that its nuclear deterrent remains safe, secure, and effective.” General Secretary Stoltenberg underlined that “Russia still has the opportunity to save the INF Treaty, there is a window of opportunity. The deadline ends on the 2nd of August, and we continue to call on Russia to come back into compliance with the Treaty. If they do not come back into compliance, we need to respond.”

NATO is currently studying the implications of the demise of the INF Treaty and possible military responses. NATO should apply a new strategy and develop a plan in order to push Russia to end the violations.

Meanwhile, the EU urged the U.S. to reconsider the consequences of its possible withdrawal from the treaty for its own security, its allies, and the security of the world. The EU has also called on both the U.S. and Russia to engage in constructive dialogue to protect the INF Treaty and address serious concerns about Russia’s compliance with the treaty. In case of termination of the INF Treaty, the Europeans will face tough choices all with security risks, including embarking on a deployment race with Russia or refusing the deployment of US missiles on European soil, potentially exposing European countries to intimidation of Russia.

In conclusion, whether or not the Trump administration is willing to do whatever is required to get Russia back into compliance and prevent the collapse of the INF Treaty is uncertain.

NATO and the U.S. should focus on saving the INF Treaty through convincing Russia not to violate the agreement as in the case of the 9M729 (SSC-8), and extensive effort should be made to reach a deal between parties to the agreement 2 August 2019, the due date for its termination.

If the treaty cannot be saved, the repercussions of its absence in terms of security will be exceeding Euro-Atlantic zone. In such case, not only NATO but also other countries in Europe and Asia will be under more Russian threat. 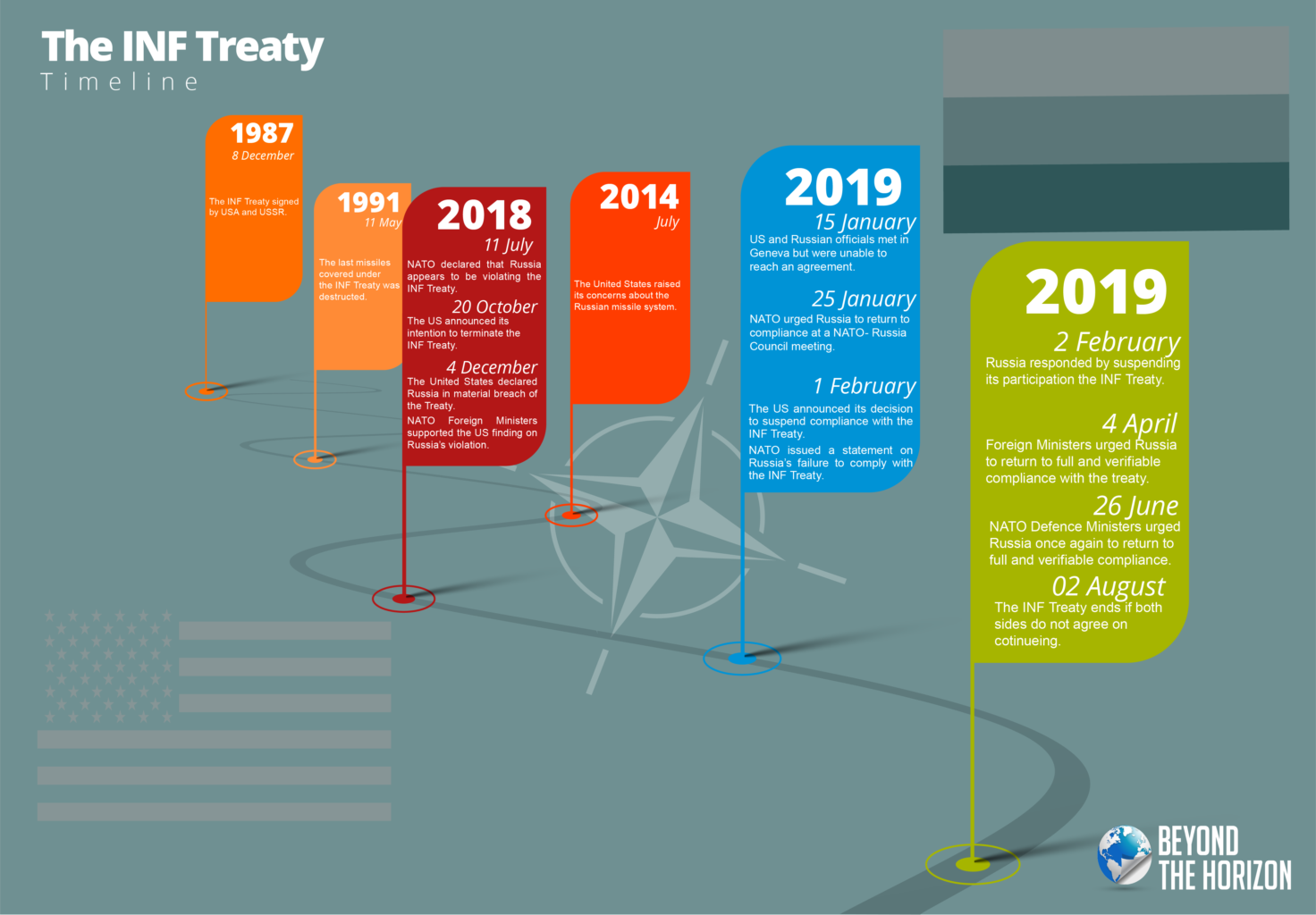