What is next on the U.S. – Iran Conflict? 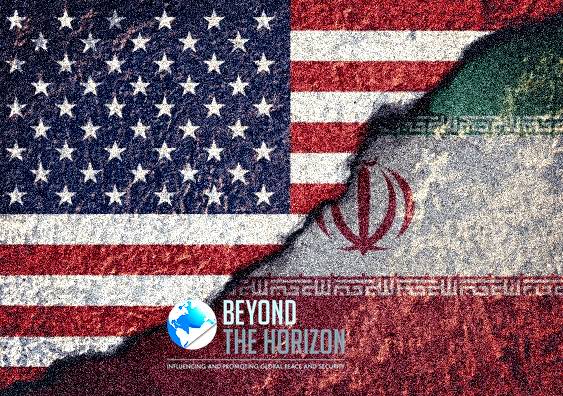 Never-ending tension in the Middle East escalated once again when the U.S. killed a crucial Iranian military figure, Qasem Soleimani, in Iraq months before the U.S. presidential election. Soleimani’s death, of course, outraged the Iranian government, not only because he was the head of Iran’s elite Quds Force but also was Iran’s indispensable military commander that allowed its proxies to spread across the region.

After the declarations from the Iranian side, many people were expecting a retaliation but trying to foresee the type and the time of the attack. As the Iranian military is undoubtedly not able to confront the U.S. military in conventional warfare, it was logical to expect either hybrid attacks from Iranian proxies in different countries or a ballistic missile attack. It didn’t take too long for us to find the answer when Iranian Revolutionary Guard Corps (IRGC) fired ballistic missiles to the two Iraqi Bases that hosts U.S. military on the 8th of January.

According to the statement from the U.S. Department of Defense, dozens of ballistic missiles fired from Iran, targeting two bases in Iraq. Based on many rumors on social media and different media outlets10 Fateh-313 to Al – Assad Base and 5 Qiam-1/2 missiles to the Base near Erbil were launched.[1] Most of the Qiam missiles though missed their target[2], and one of them allegedly hit the base in Irbil. Like in every confrontation, we heard two different statements from each side. Semi-official Iranian Fars news agency claimed, according to a statement from IRGC Intelligence Department, that 80 American soldiers were killed and nearly 200 were wounded during the attack.[3] On the other side, in a live broadcast, U.S. President Trump said there were no casualties, but only some equipment was damaged due to the strike.

It is not yet clear, whether U.S. or coalition forces had casualties. Nevertheless, the satellite images taken just hours after the attack has revealed the level of damage at the Al-Assad base.[4] [5]What is striking in the pictures, though, how accurate the Fateh-313 missiles were. It seems that many missiles hit their intended targets, which is, by the way, contradicting Trump’s statement of ‘minimal damage in bases.’

Having the largest ballistic missile arsenal in the Middle East, Iran possesses a significant threat to its adversaries. Although the exact number of missiles is not known, it is assessed that Iran had more than 2000 ballistic missiles[6] ranging up to 2000 km. Fateh and Qiam series ballistic missiles are Short Range Ballistic Missiles (SRBM) with ranges up to 800 km. Fateh-313 is a development of the Fateh-110 series but features an improved guidance system with the ability to strike targets with high accuracy within 500 km.[7] When we think about the enormous number of SRBMs ranging up to 800 km, U.S. Military Bases in the Middle East are very open to such missile attacks.

However, the U.S. has a significant advantage regarding early warning technology. The attacks mentioned above, undoubtedly detected by Spaced Based Early Warning (SEW) system, which probably allowed the already high alerted U.S. Military personnel in the Middle East to implement force protection measures. Furthermore, U.S. Defence Warning System includes three X-Band TPY-2 radars located in Israel, Turkey, and Qatar, all of which ready to detect missiles launched from respective regions of Iran.

Of course, intelligence is a key constituent of early warning. After the attack, the U.S. officials said they knew by Tuesday afternoon that Iran intended to strike at American targets in Iraq. However, it was not immediately clear exactly which they would choose. The early warning came from intelligence sources as well as communications from Iraq that conveyed Iran’s intentions to launch the strike, officials said. According to military officials, before the attacks, troops at bases in Iraq were ordered into bunkers, donned protective gear and were told to “shelter in place.” They remained in their protected positions for hours, including after the strike.[8]

In my opinion, timely intel played a more significant role in the U.S. not having causalities during the attack. According to some sources, Iran fired its missiles from two locations; Tabriz and Eslamabad-e-Gharb near Kermanshah province.[9]  If that was the case, the average ranges of the missiles should have been between 300 to 385 km. Therefore the apogee of the trajectories might not have exceeded 70-90 km, or even less if they were launched with a compressed profile. For that reason, the flight times of missiles should have most probably been  only 3-5 minutes, which would have given a minimal window for the sensors to detect precise impact points. If the missiles had only been detected just after the launch and U.S. Personnel had not been in shelters at the launch time, the U.S. could have likely had casualties.

So, what could be next? When Soleimani was killed, two ‘World War 3’ hashtags trended on Twitter, and many people expected the situation would go worse. If it would go worse, could other countries hosting U.S. Military also be targeted by Iran? Could Iran target the Missile Defence Radar in Turkey? Could the U.S. ask NATO to implement Article V? These type of concerns, however, seems to be shading away after Trump’s speech concerning retaliation missile attack, saying “Iran “appears to be standing down” after the country launched a missile attack at U.S. bases.” He also added, “we have this great military and equipment; however, it does not mean we have to use it. We do not want to use it.”[10]

Those missile attacks seem like a calibrated attack and allowed Iranians to ‘save face’ and relieve the Iranian public. However, it is still very likely that Iranian proxies, rather than IRNG, would try to assault or attack U.S targets. No matter what will the following days bring, one thing is clear that missile defense is going to become more of an issue among government and security officials.